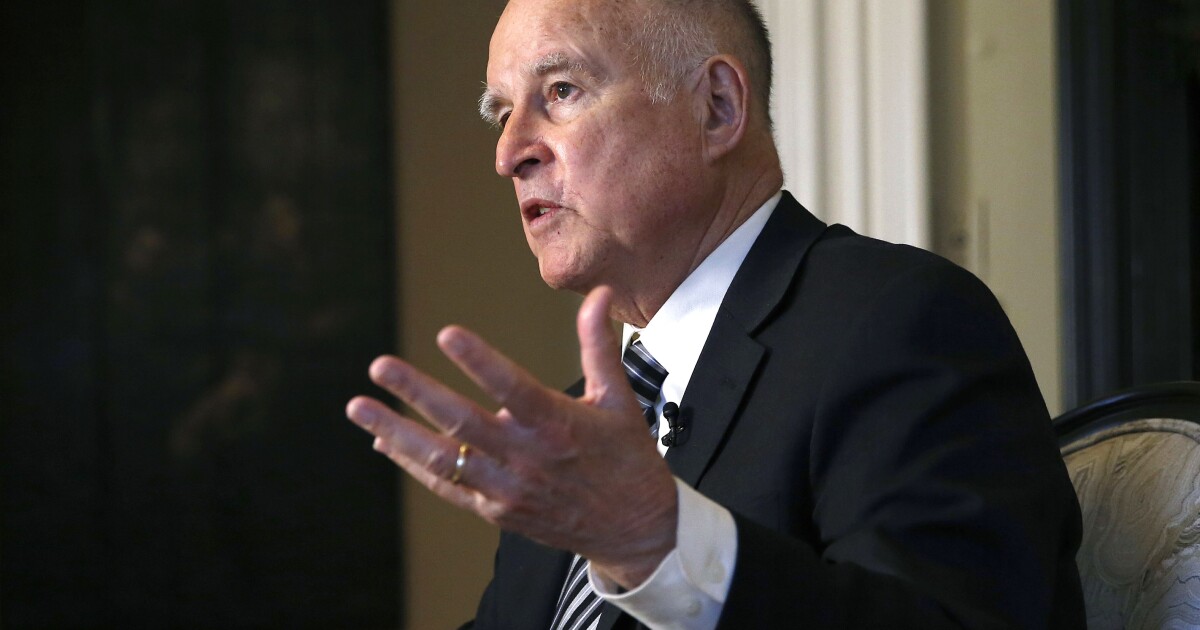 A federal appeals court on Monday revived a lawsuit challenging the constitutionality of a California law that requires women be placed on the boards of publicly owned companies.

A three-judge panel of the U.S. 9th Circuit Court of Appeals unanimously decided that a shareholder had the legal right to sue California to invalidate the 2018 law, which requires all publicly held corporations with principal executive offices in California to have women on their boards of directors.

At the time he signed the bill into law, then-Gov. Jerry Brown expressed concerns that it might not survive a legal challenge.

The law already has raised the number of women on corporate boards in California. Companies have filled vacant seats with women or expanded their boards. Other states have followed California’s lead, introducing similar measures.

Although companies risk fines for noncompliance, the state has not yet fined any company or developed regulations, the 9th Circuit said. The state does report compliance, however.

The Pacific Legal Foundation, a conservative public interest law firm, challenged the law on behalf of Creighton Meland Jr., a shareholder of OSI Systems. He contended the law required him to discriminate on the basis of gender, in violation of the 14th Amendment.

A district court dismissed the suit, ruling that Meland lacked standing — the legal right to bring a challenge — because he had not suffered an injury. OSI Systems has complied with the law.

The 9th Circuit said Meland had standing because shareholders generally elect corporate directors, and the California law intended they comply with the state mandate. The panel described the law as “coercive legislation.”

“Because Meland has plausibly alleged that [the law] requires or encourages him to discriminate based on sex, Meland has adequately alleged an injury in fact,” wrote Judge Sandra S. Ikuta, appointed by former President George W. Bush and joined by Judges M. Margaret McKeown, a Clinton appointee, and Daniel A. Bress, a Trump appointee.

Anastasia Boden, a senior attorney at Pacific Legal Foundation, said the ruling confirmed that the law was intended to change to the behavior of shareholders.

“The law is not only unconstitutional,” said Boden, who argued the case on behalf of Meland. “It’s patronizing. It perpetuates the myth that women cannot make it to the boardroom without government help and are only making it there due to government’s help.”

Tags: Los Angeles News
Previous Story
Need mental health help? There are apps for that, but picking the right one is tough
Next Story
Actress Tara Subkoff buys a towering Streamline Moderne in Silver Lake