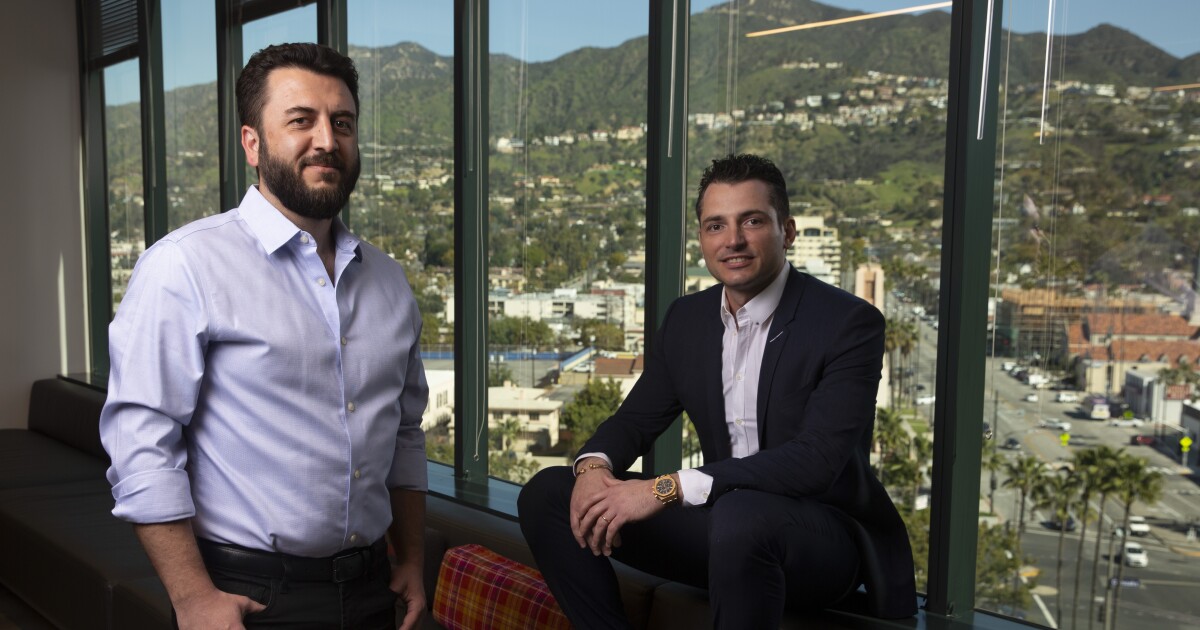 When Ara Mahdessian and Vahe Kuzoyan moved back to Glendale after college, they didn’t plan on sticking around.

Before heading off to Silicon Valley in the fall for programming jobs, the pair decided to work on a summer project together. Both of their dads were contractors — one in plumbing, the other in construction — and they figured they could cobble together some software to help them out before leaving.

Fourteen years later, they’re still in Glendale, and that summer project has grown into ServiceTitan, a $9.5-billion company with 1,600 employees and tens of thousands of plumbers, electricians, HVAC installers and other tradespeople as customers.

Their software, originally a simple desktop program, is now a cloud-based service that lets clients manage their back offices, dispatch field techs to jobs, show inventory and pricing options on mobile devices, and handle payments.

On Wednesday, the company announced that it had raised a new $200-million round of investment from the private equity firm Thoma Bravo and acquired Aspire Software, a St. Louis company that provides the same kind of end-to-end software for landscapers that ServiceTitan does for other types of trades, for an undisclosed sum. Earlier this year, the company also acquired ServicePro, a Columbus, Ohio, company specializing in software for pest control and lawn care contractors.

The company’s funding and valuation have grown in tandem. Two years ago, ServiceTitan was valued at $1.65 billion. The new cash infusion from Thoma Bravo brings its total funding to nearly $1.1 billion, and places its valuation close to the $10-billion mark.

But Mahdessian, ServiceTitan’s chief executive, said that there’s still room to grow. More than 3 million Americans work in the trades, with millions more in landscaping and lawn care.

“We originally started in the plumbing, HVAC and electrical trades. That’s where Vahe’s and my core expertise was because of the work our parents did,” Mahdessian said. “But our mission from Day One has always been to help all hardworking contractors across all trades, and we want to help all of them reach the level of success they deserve.”

ServiceTitan’s core clients in home maintenance saw an uptick in work during the pandemic, and the need for remote work attracted more software customers, Mahdessian said.

“In the beginning it was wild: COVID happened, lockdowns happened, and everybody literally shut their door and wouldn’t let anybody in,” Mahdessian said.

But after a few weeks, when people became more comfortable with social distancing protocols and started to realize the homes they were stuck in needed some work, business picked back up.

Fermin Rivera, the owner of Red Apple Air in L.A.’s Harbor City neighborhood, said that ServiceTitan has transformed how he manages his 15-person HVAC operation. After he saw a colleague posting about the company on Facebook a few years back, he looked into it and decided to sign up. “Once we made the switch, it was like, ‘Oh, we’re playing with the big toys now.’”

The software has helped him automate part of his marketing and customer relationship operations, easily create a menu of special HVAC packages for customers, and track performance across his team.

“It gives you a bunch of information. You’ve got all your metrics up in your face,” Rivera said. “It just keeps getting better and better.”

Byron Deeter, an investor who sits on ServiceTitan’s board and led its first big round of funding as a partner at the venture capital firm Bessemer Venture Partners, said that the company’s relationship with its blue-collar customer base was key to its growth. “They steadily listen to customer pain points, and the customers take them to the next opportunity,” Deeter said.

“The interesting thing is the customers talk with each other, even competitors, so it is very hard to win their business, but when you do, the bonds are deep and tight,” Deeter said. “They don’t switch on a whim, they absolutely go through complex buying decisions, they talk to a lot of industry folks, but that’s what’s beautiful: When the snowball starts rolling downhill, it gets big fast.”