Am I eligible for California’s $600 COVID-19 stimulus check and other aid?

Homepage News Am I eligible for California's $600 COVID-19 stimulus check and other aid?
News

Am I eligible for California’s $600 COVID-19 stimulus check and other aid? 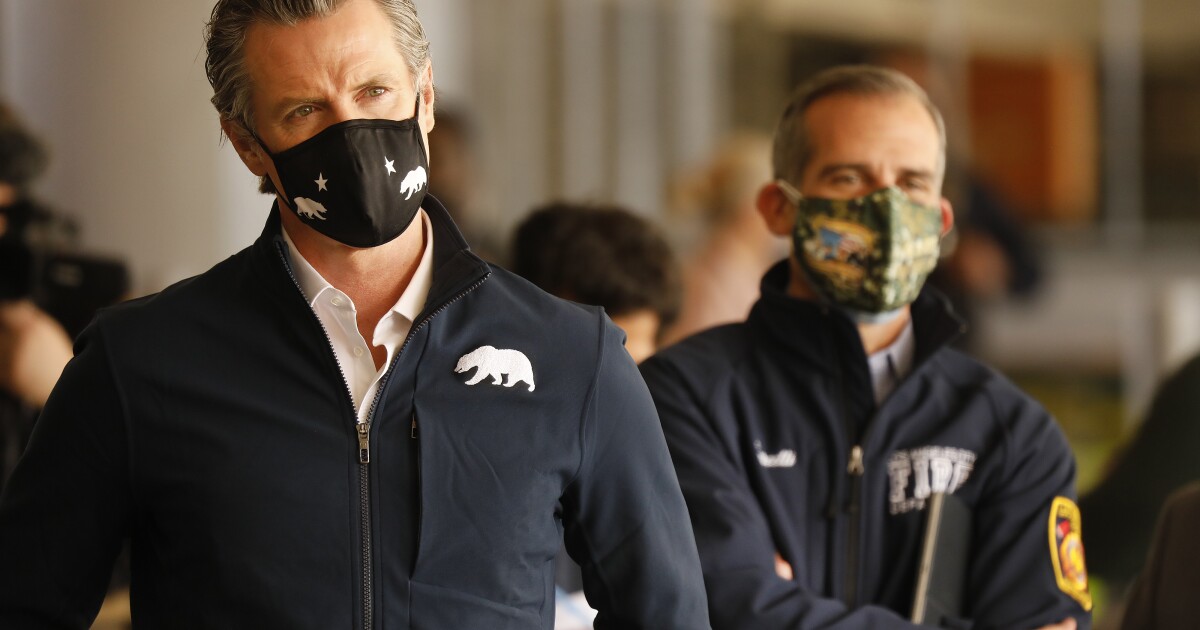 The “Golden State stimulus,” an ambitious COVID-19 relief program, will be expedited for legislative approval next week after Gov. Gavin Newsom announced a deal on the plan Wednesday.

It’s part of a $9.6-billion economic recovery package. Aside from federal funds for child-care assistance, the rest of the relief package comes from state taxpayer money and is made possible by tax revenue collections that were much better than expected.

Here are the key points:

The onetime $600 payment to households, which Newsom proposed last month, would cost about $2.3 billion and go to people including those receiving the California earned income tax credit for 2020, given to people making under $30,000 a year. In addition, the agreement would provide a stimulus check to taxpayers with individual tax identification numbers who did not receive federal stimulus payments and whose income is below $75,000.

Beneficiaries would include immigrants who are in the country illegally who file tax forms. ITIN taxpayers who also qualify for the California earned income tax credit would receive a total of $1,200, state leaders said.

In all, the state would provide 5.7 million payments to low-income Californians.

Eligibility: California residents could be eligible for the earned income tax credit if they have annual incomes of $30,000 or less, which last year included 3.9 million taxpayers. The relief package provides a $600 onetime grant to households enrolled in the CalWORKS public assistance program and recipients of supplemental security income and the state’s Cash Assistance Program for Immigrants program.

$2.1 billion in grants for small businesses

The grant proposal, which requires approval by the Legislature, builds on a $500-million program that has provided 21,000 small businesses with financial help since December.

The tax relief will be provided over the next several years by exempting the first $150,000 of expenses paid by federal Paycheck Protection Program and Economic Injury Disaster Loan funds. In addition, the package includes $116 million in fee waivers for two years for heavily affected service industries.

The new state programs would be in addition to federal relief programs coming out of Washington, D.C., including the $600-per-person stimulus checks already approved by Congress and direct payments of up to $1,400 per person that have been proposed by House Democrats.