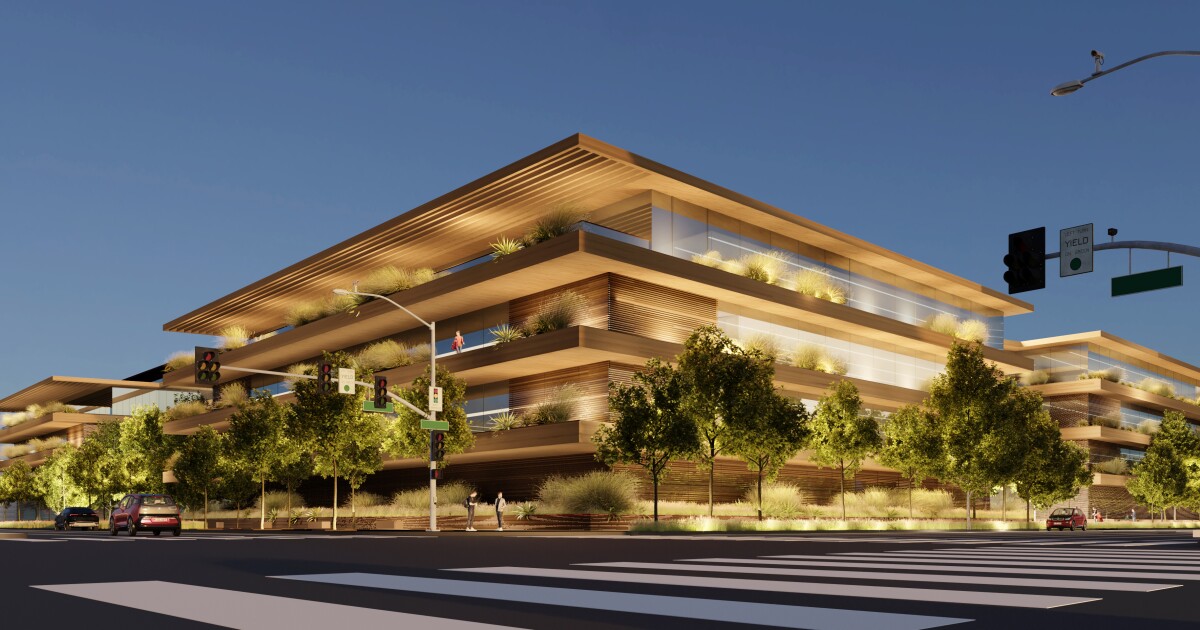 In a sign that competition among streaming entertainment providers will stay heated in the years ahead, Apple announced Friday that it will roughly double its office presence in the Culver City area where Apple TV+ is based.

The expansion of more than 550,000 square feet in two adjoining buildings is larger than expected by real estate industry observers. Apple, Netflix, Amazon, HBO and other streaming services have been gobbling up office and production space in recent years to help churn out movies and television series for their subscribers.

“It’s a bold expansion,” said Petra Durnin, head of market analytics at Raise Commercial Real Estate. “These streaming giants are betting on the strength of demand for content even after the pandemic is over” and more people leave their homes again for entertainment.

Apple said it would erect two new mid-rise buildings connected by a shared wall on multiple parcels in Culver City and Los Angeles surrounded by Venice, National and Washington boulevards. The parcels are now mostly occupied by small retail and light industrial buildings.

The Cupertino, Calif.-based company currently has more than 1,500 employees in Culver City and L.A., including workers at Apple TV+ and Apple Music as well as engineers and teams working on artificial intelligence and machine learning.

In April, Apple said that it would spend $430 billion while creating 20,000 jobs in the United States over the next five years. The Culver City team would be expanded to more than 3,000 employees by 2026, Apple said at the time, and Apple would build a larger campus to house them.

Apple occupies about 500,000 square feet of offices in the area now, Durnin said.

The expanding Apple campus is near the Metro rail stop in Culver City. The new facilities will incorporate environmentally sustainable building features and be powered by 100% renewable energy, spokeswoman Rachel Tulley said.

Apple did not say what development company would build the new buildings or when construction might start. The project is in its planning stages, Tulley said.