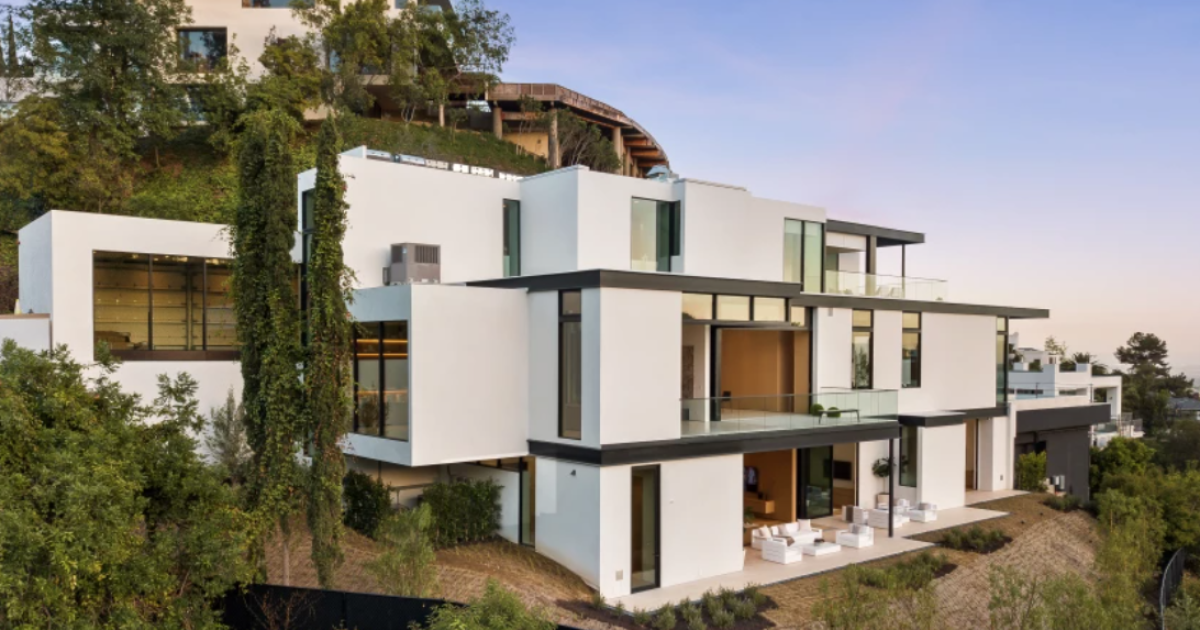 It was a short stay in Hollywood Hills for Ariana Grande, who just sold her modern home above the Sunset Strip for $14 million after buying it last year. The deal ranks as one of the neighborhood’s priciest so far this year.

Records show she grabbed it for $13.7 million in June 2020 during a shopping spree that also saw her pay $6.75 million for Ellen DeGeneres’ Tudor-style retreat in Montecito a few weeks prior.

Perched in the Bird Streets, the hillside home boasts an interesting ownership history beyond the actress-turned-pop star. Before Grande, it was one of 138 properties owned by Woodbridge Group, the Sherman Oaks development company that orchestrated a $1.3-billion real estate Ponzi scheme that stole money from roughly 7,000 investors — many of them retirees. The former chief executive, Robert Shapiro, was sentenced to 25 years in prison for his role in the fraud.

Grande, 28, got her start in show business on Broadway before pivoting to a role on the Nickelodeon series “Victorious.” As a singer, she has released six studio albums, including 2019’s “Sweetener,” which won a Grammy for best pop vocal album.