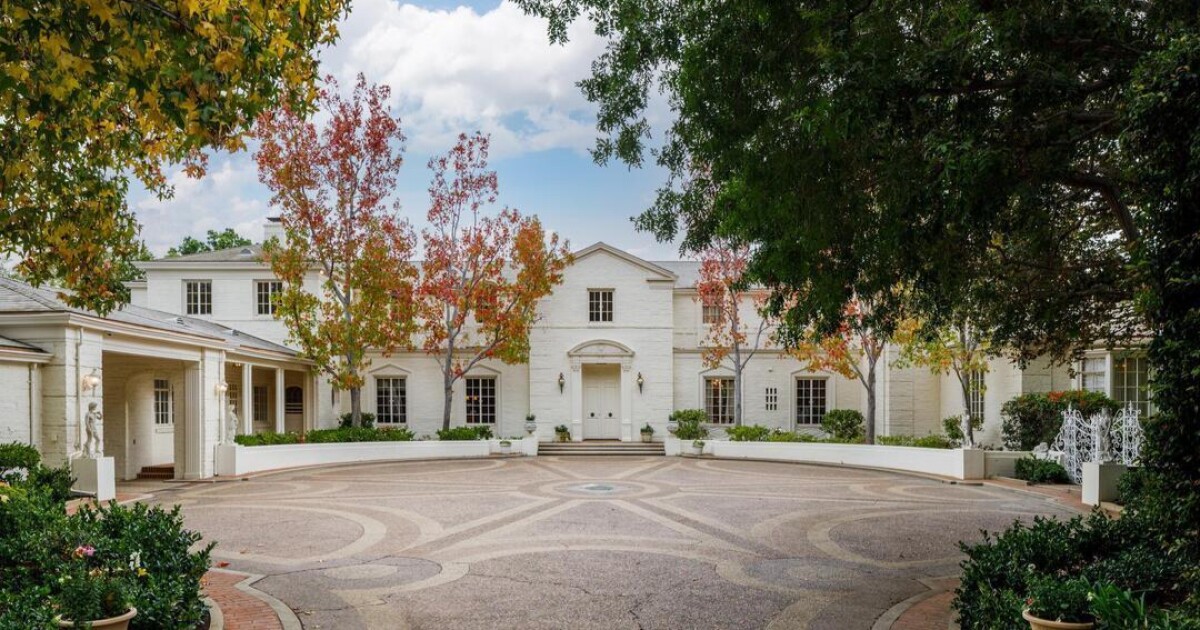 Barron Hilton’s home — a Bel-Air trophy estate where the business magnate lived from the 1960s until he died in 2019 — just sold for $61.5 million.

That’s Southern California’s priciest home sale so far this year, records show. It beats out a Beverly Park mansion that was auctioned off for $51 million and a Palisades estate that was sold by Vice Media co-founder Shane Smith for $48.67 million in April.

Paul R. Williams — a famed architect with a star-studded client list including Frank Sinatra, Lucille Ball and Desi Arnaz — built the 15,000-square-foot showplace in 1936. Considered one of his iconic works, he designed it for Jay Paley, a businessman and film producer from the famed Paley family, who founded CBS.

An elevator and sweeping staircase ascend to the top level, where two primary suites feature dressing rooms and garden views. In total, there are 13 bedrooms and 17 bathrooms.

Towering columns line the patios out back, leading to a vast stretch of lawn with lush gardens, fountains and reflecting pools. The property’s most emblematic feature is tucked away at the back — a custom Moderne-inspired pool with alluring blue, gold and yellow tiles that depict the 12 signs of the Zodiac. Two motor courts, a guesthouse and sunken tennis court complete the estate.

Hilton, who died in 2019 at age 91, served as the chairman, president and chief executive of Hilton Worldwide, the hospitality company that holds more than 6,000 hotels. He also founded the American Football League and was the original owner of the Los Angeles Chargers.