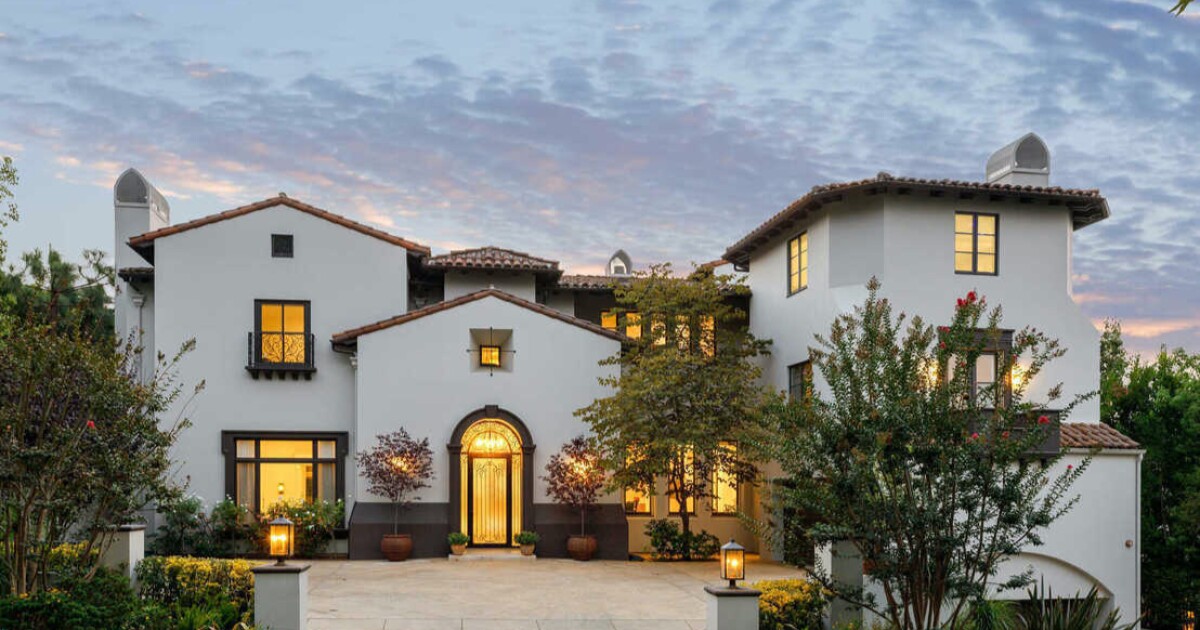 It was a fairly short stay for the rapper, who bought it from rock legend Slash for $8.7 million in 2017. The Guns N’ Roses guitarist made some interesting stylistic decisions during his ownership including pirate-ship chandeliers and faux alligator wallpaper.

Big Sean reined in the interiors over the last four years with a dramatic remodel. He opted for simplicity, swapping multicolored rooms with clean, minimalist spaces marked by white walls, arched doorways and light hardwood floors. Across 11,000 square feet are seven bedrooms, 7.5 bathrooms and common spaces such as a two-story foyer, family room with a bar and chef’s kitchen with a pair of marble islands.

The lower level houses amenities such as a recording studio with recessed lighting and all-black movie theater with tiered seating. There’s also an office, library, two staircases and two garages.

A balcony off the second-story owner’s suite overlooks the backyard, where a loggia leads to a hedged space with a lawn, swimming pool and spa. Covering half an acre, the property is tucked into guard-gated Mulholland Estates, a posh enclave whose residents over the years have included Tyler Perry and Charlie Sheen.

Big Sean, whose real name is Sean Michael-Leonard Anderson, was born in Santa Monica and grew up in Detroit. The rapper has inked deals with Kanye West’s G.O.O.D. Music, Def Jam Recordings and Roc Nation and released five studio albums over the last decade, including 2020’s “Detroit 2.”

James Harris and David Parnes of the Agency held the listing. Jordan Rubinstein of Century Park Realty represented the buyer.