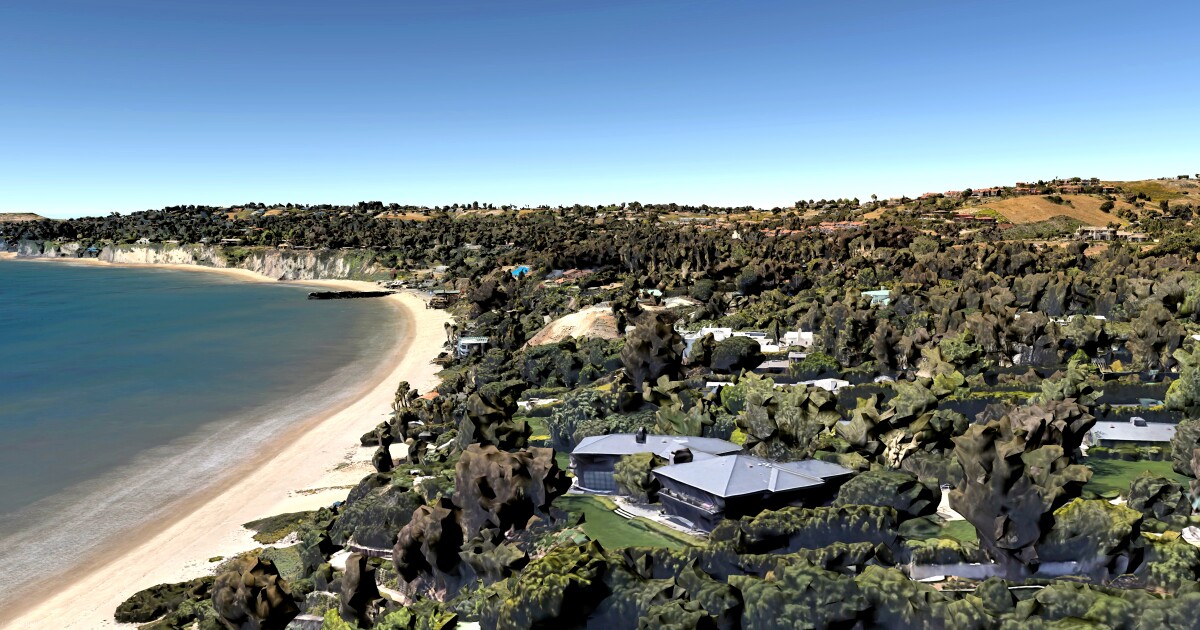 In a historic deal, billionaire venture capitalist Marc Andreessen has paid $177 million for a sprawling estate in Malibu. It’s the most ever paid for a home in California, shattering the previous record set by Jeff Bezos last year.

Records show the seller was Serge Azria, a fashion mogul behind clothing lines such as Joie and Equipment. He bought the seven-acre property for $41 million from late film producer Jerry Weintraub in 2013 and had been quietly shopping it around for $218 million.

Kurt Rappaport of Westside Estate Agency, who handled both ends of the deal, couldn’t be reached for comment.

Andreessen is an investor and software engineer who co-founded the Silicon Valley venture capital firm Andreessen Horowitz in 2009 and co-created Mosaic, one of the first web browsers. Forbes pegged Andreesen’s net worth at $1.6 billion at the close of market trading Friday.

He also owns a home in Silicon Valley, but his new place is much bigger. Photos are scarce, since the home was never listed on the Multiple Listing Service, but aerial images show that the property sits on a long, slender lot that stretches from Pacific Coast Highway to the ocean about halfway between Paradise Cove and Escondido Beach.

The property makes the most of its space, squeezing in multiple guesthouses, guard houses, a swimming pool and box garden. Perched at the edge of the property, the main house overlooks the ocean from multiple patios and terraces. A winding path descends to the beach.

The house neighbors a massive modern compound owned by the estate of William Bell and Lee Phillip Bell, the late husband and wife who together created the sitcoms “The Young and the Restless” and “The Bold and the Beautiful.” Kevin Garnett’s half-finished house, which he sold over the summer for $16 million, sits across the street.

The mammoth deal is the cherry on top of this year’s record-setting real estate market in Southern California. The region’s median sales price has soared to an all-time high, but the ultra-luxury market has been a bit quieter than usual, with no sales north of $100 million.

This is the third straight year that the California record has been toppled. Before Bezos, Bel-Air’s “Beverly Hillbillies” mansion held the top spot after media mogul A. Jerrold Perenchio sold it to Lachlan Murdoch for $150 million.

The sale also redefines the high end of the Malibu market, which has always seen pricey sales but hasn’t quite reached the heights of deals in tony Westside communities such as Beverly Hills and Bel-Air. Previously, the Malibu record was held by hotelier Peter Morton, who sold his oceanfront compound on Billionaires Beach to natural gas billionaire Michael S. Smith for $110 million in 2018.

Tags: Los Angeles News
Previous Story
Column: The talk of raising a statue to Earl Warren would force a reckoning with his racist record
Next Story
Column: There are a great many good things in Biden’s latest plan. Why describe it as a failure?