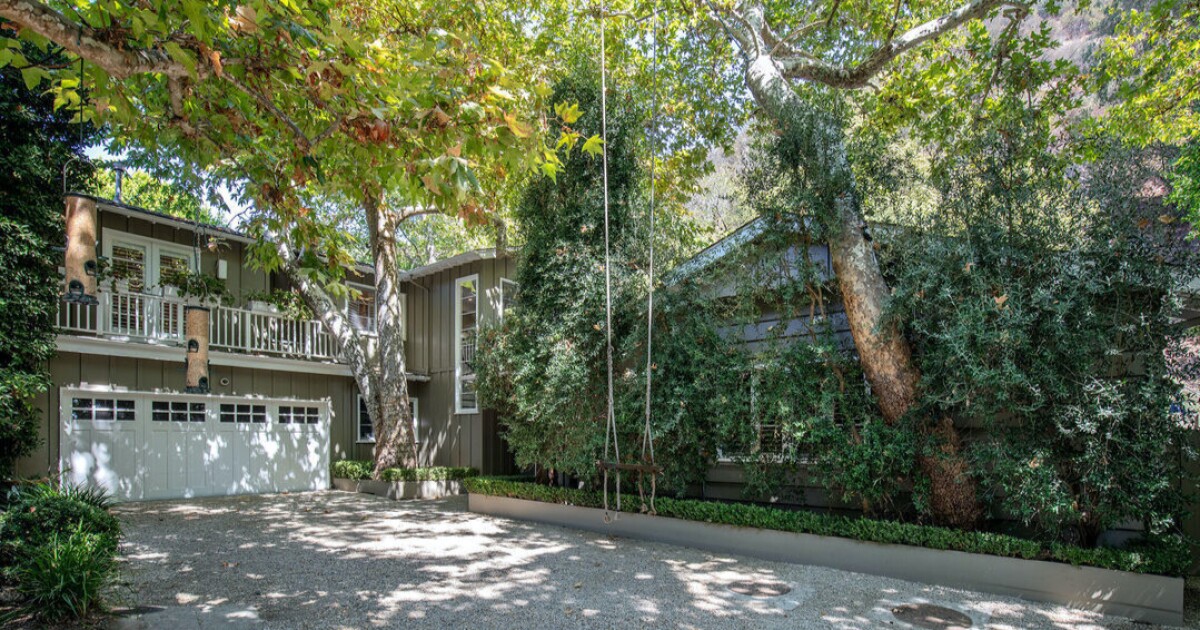 Thornton, star of films such as “Sling Blade” and “A Simple Plan,” had owned the property for eight years, paying $2.7 million for it in 2013.

He bought his Agoura Hills home in April for $3.11 million. In addition to having more double the space on over an acre, it came with a 2,000-square-foot professional recording studio — a key amenity for Thornton, who moonlights as a musician and has released four solo albums while also singing in the Bellflower-based rock band the Boxmasters.

His place in Brentwood covers about half an acre on a leafy lot in Mandeville Canyon. A swing hangs from a sycamore tree at the front of the property, and out back, there’s a lounge with a fireplace, outdoor kitchen and solar-heated saltwater pool.

The house itself spans 3,600 square feet with five bedrooms and four bathrooms across two stories. A bright red front door offsets the olive-colored exterior, leading to traditional-style spaces such as a breakfast nook and marble kitchen. Upstairs, a primary suite balcony overlooks the landscaped grounds.

A prolific actor and filmmaker since the 1980s, Thornton won an Academy Award for 1997’s “Sling Blade” and received two nominations for 1999’s “A Simple Plan.” The 66-year-old has starred in dozens of films and television shows since then including “Bad Santa,” “Bandits,” “Monster’s Ball” and “Friday Night Lights.”

Daniel Dill and Kurt Rappaport of Westside Estate Agency held the listing. David and Anna Solomon of Douglas Elliman of California represented the buyer. Neither could be reached for comment.