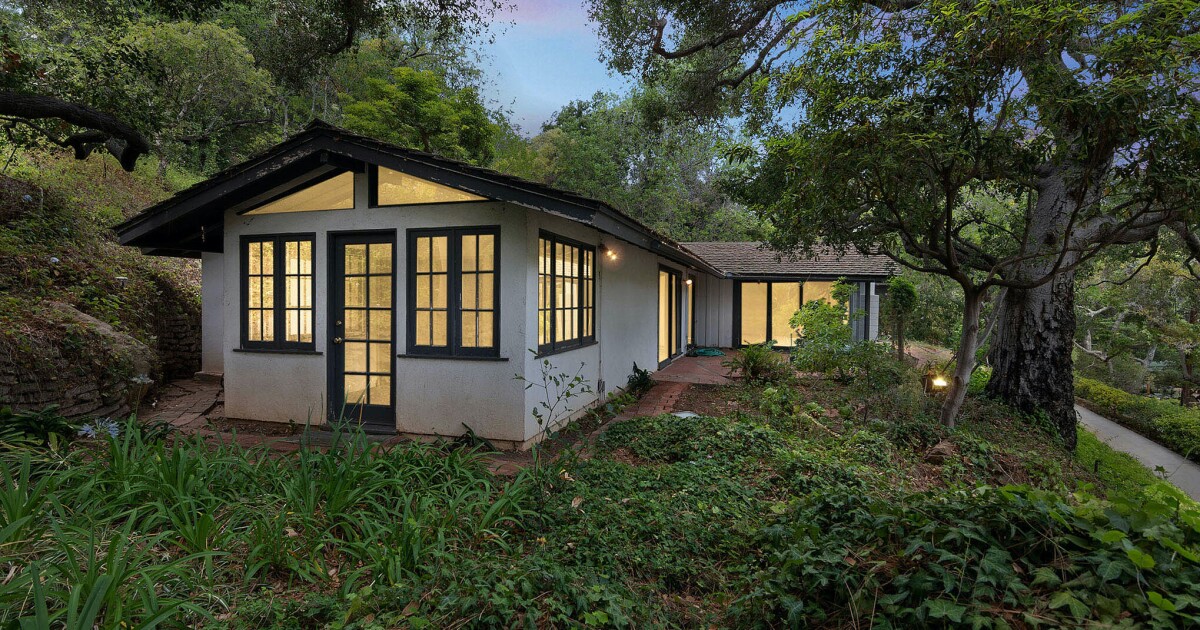 In the hills of Brentwood, a bucolic ranch owned for nearly 70 years by the late actor Norman Lloyd has sold for $3 million. The deal closed off-market, records show.

Lloyd, the “St. Elsewhere” and “Dead Poets Society” actor who died at 106 in May, bought the property newly built in 1955. At the time, he was well into into an acting career that saw him star in multiple Alfred Hitchcock films, including “Saboteur” and “Spellbound.”

A possible project because it has never been renovated, the single-story home sits on three-quarters of an acre near Sullivan Canyon Park. Trees and dense landscaping surround the 2,000-square-foot house, which the listing describes as a mix of Midcentury and Craftsman styles.

A white exterior gives way to more of the same inside, as whitewashed beams hang over living spaces lined with gray carpet. Fading floral wallpaper shows the home’s aging style.

Clerestory and French windows brighten up common spaces such as a living room with a fireplace and bonus room that was converted into an artist studio. Elsewhere are three bedrooms and two bathrooms.

An actor, director, writer and producer, Lloyd kicked off his film career with 1942’s “Saboteur” and regularly starred in movies and TV shows in the decades since. His most recent credit was the 2015 romantic comedy “Trainwreck.”

Tags: Los Angeles News
Previous Story
Airplane food is back, but it’s not like you remember
Next Story
The Taliban says it wants to ban drugs in Afghanistan. Here’s why it can’t