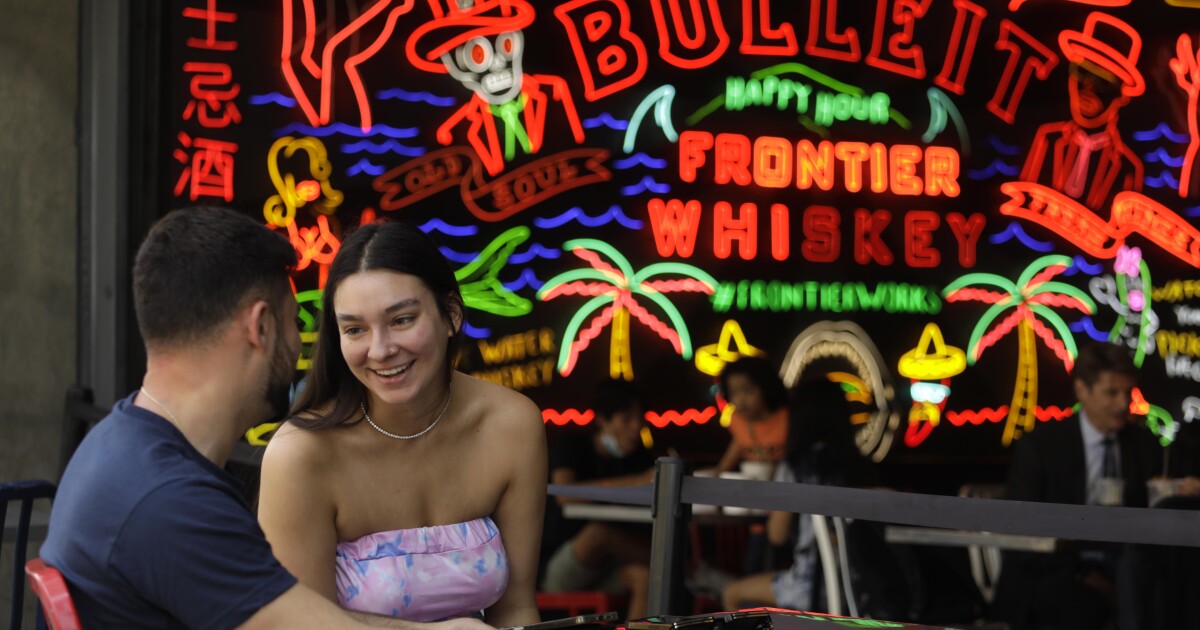 Since California’s full reopening on June 15, employees of Rustic Canyon Family restaurants have been asking diners if they’ve received the COVID-19 vaccine. Those who say they’ve been fully vaccinated are told they don’t have to wear a mask inside any of the 10 restaurants owned by the Santa Monica group, which include Cassia and Birdie G’s. Those who say they haven’t been jabbed must keep masks on while not eating or drinking.

But a new statewide system unveiled on Friday could mean the end of this kind of unverified self-reporting. By enabling residents to obtain digital versions of their vaccine cards, the new tool could make it easier for businesses to ask customers for proof of vaccination — if they choose to do so.

Up until now, few have, fearful of alienating customers. With state officials taking pains to note that the new digital documents, which include scannable QR codes, are not so-called vaccine passports, it’s unclear whether a technological solution will do much to alter that status quo.

Rustic Canyon Family plans to keep asking customers to “self-attest” their vaccination status rather than seeking digital proof, said Joel Dixon, the group’s president. He noted that the state didn’t make proof of vaccination a requirement for customers and, given the staffing strains that restaurants are already under, having employees check each diner’s QR code or vaccine card “isn’t realistic from an operational perspective.”

“I feel like a lot of the time the state releases something that has good intentions around it, but then it becomes burdensome, so a lot of operators choose not to use it because the rules are too hard,” he said. “It just needs to be thoughtfully done so it doesn’t come at a cost for the business.”

Away from the customer-facing side of operations, it’s a different story. In March, Rustic Canyon Family implemented a mandatory COVID vaccine policy for all 400 or so of its employees, who have until July 1 to show proof of vaccination unless they have a medical or religious exemption. Before Friday, employees could bring their physical cards or show a digital copy; the new QR codes will now be another acceptable form of proof, Dixon said.

Chris Cole, president of Roncelli Plastics Inc, a contract manufacturer in Monrovia, said that digital vaccine verification may be helpful once his plant begins having more visitors on site again for in-person meetings, which have largely been put on hold for the last 15 months.

Internally, Cole is already keeping records of his employees’ vaccination status. “I don’t see it having a big impact when it comes to our employees,” he said.

One subset of businesses that may be more directly affected are venues that host large gatherings. Los Angeles County health protocols require proof of vaccination or a negative COVID test for entry to indoor events with over 5,000 people and outdoor gatherings, like sports games, with at least 10,000 in attendance.

The Los Angeles Convention Center is hosting several gatherings of 5,000 or fewer people over the next few months and not requiring documentation from attendees. But once the center hosts larger gatherings, probably in the fall, convention officials plan to accept digital vaccination proof, said Ellen Schwartz, general manager of the center. She added that the pandemic protocols for the convention come from the county department of public health, not the state, and she feels “comfortable” with the requirements imposed on the facility so far.

As of June 15, visitors to Staples Center are required to be vaccinated or have a negative test result within 72 hours of attending an event at the arena but are allowed to self-attest that they meet such guidelines before entering the arena. The arena requires all visitors to wear a mask or a face covering, regardless of their vaccination or negative test status, said Cara Vanderhook, a spokesperson for Staples Center. Asked if the protocol guidelines were sufficient, she said only that it is Staples Center’s policy to “follow all state and county guidelines and protocols as directed along with the NBA guidelines for current games.”

Dodger Stadium relies on fans to self-report their vaccination status and act accordingly. Vaccinated and unvaccinated fans can now sit next to one another during games, but unvaccinated fans are recommended under county health protocols to wear a mask or an appropriate face covering, except when eating or drinking, according to Dodgers spokesperson Jon Chapper. But the Dodgers are not requiring or asking guests to verify their vaccination records, he said.

At the Disneyland Resort, parkgoers who are fully vaccinated are not required to wear a mask; Disney doesn’t request proof of vaccination. Instead, visitors have to attest they are in compliance when buying a ticket to one of the parks. The state’s new digital record system won’t change Disney’s policy, a spokesperson said.

For small businesses that don’t have to worry about capacity rules, the upside of being able to ask for digital proof of vaccination is less obvious than the potential pitfalls.

“We are all happy that things are open and traffic is picking up again,” said Joni Snow, a co-owner of the women’s clothing boutique Joni and Susi in Del Mar.

Snow said she didn’t want to comment on anything vaccine-related, adding that she was concerned that sharing an opinion either way could be divisive and drive away business after a tough year. Right now, her priority is growing the business she shares with her twin sister Susi and making up for months of lost revenue.