California was ‘the locomotive’ of U.S. job growth in April, but it has a long way to go

Homepage News California was 'the locomotive' of U.S. job growth in April, but it has a long way to go
News

California was ‘the locomotive’ of U.S. job growth in April, but it has a long way to go 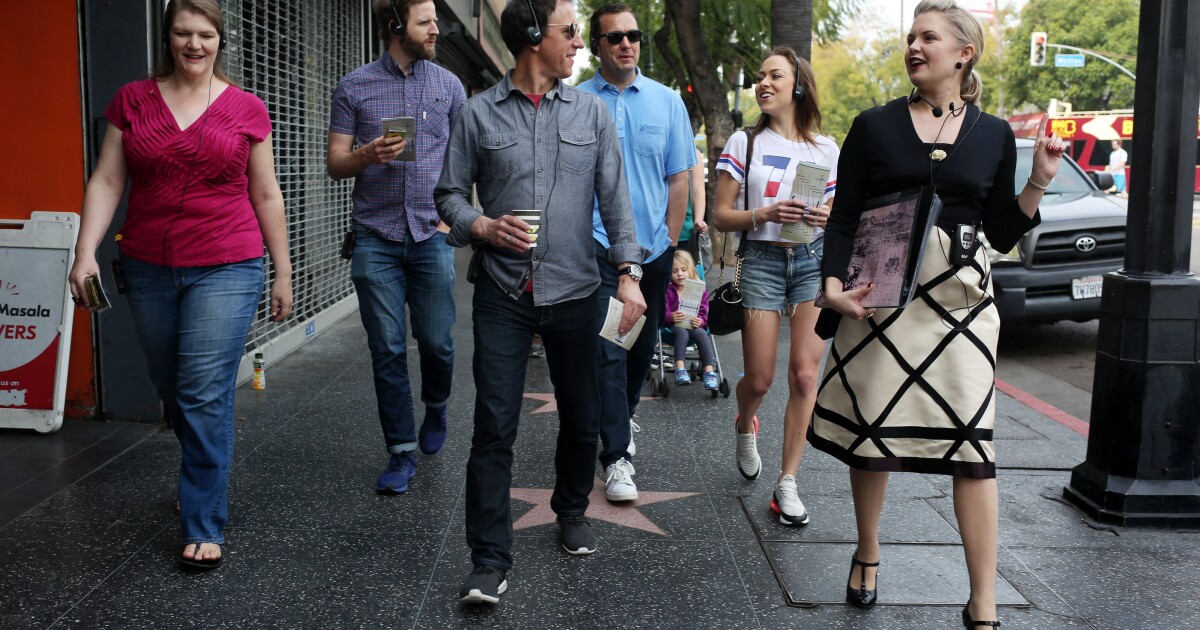 California accounted for an outsized portion of the nation’s new jobs last month, although its path to economic recovery from the pandemic remains steep.

“In April, California was the locomotive pulling the U.S. economy forward,” said Sung Won Sohn, a professor of finance and economics at Loyola Marymount University. The Golden State created 38% of the nation’s new jobs in April. But that was mainly due to the state emerging from a “lockdown harder and longer than in many parts of the country,” Sohn said.

California has a long way to go in recovering from its deep COVID-19 pandemic recession: more than half the jobs it lost have yet to return. The unemployment rate remained stagnant in April at 8.3%, the same as in March, state officials reported Friday.

Although the state’s job creation pace was comparatively robust in April, it slowed slightly from the previous month. Employers added 101,800 new positions, less than the March total of 132,400. Nearly two thirds of California’s job growth in the last three months was in leisure and hospitality businesses, sectors that were most damaged during the pandemic.

In Los Angeles County, which relies heavily on tourism, the economy remained in dire straits. Unemployment grew to 11.7% from 11.4% in March and more than half a million people were counted as out of work.

The state jobless rate was the second highest in the nation in April, after Hawaii’s 8.5%. U.S. unemployment stood at 6.1% last month.

Still, economists are growing more optimistic as Gov. Gavin Newsom has announced the state’s economy should fully reopen by June 15. “California’s economy is ready to boom this summer when business restrictions are lifted,” Reaser said.

Pomona College economist Fernando Lozano suggested job creation was “moderate” last month because many schools were only partially open, child care was sparse and federal business loans had dried up. “Many households moved to more affordable areas, yet the jobs are reopening in the more expensive, urban communities,” he said.

Neel Sodha, the founder of Downtown LA Walking tours, reduced the hours of his 13 guides during the pandemic. His revenue remains half of what it was before the virus hit, despite easing COVID restrictions. “You would think that with the vaccines coming out and cases going down there would be more business,” he said. “That is not happening.”

Tourists remain leery of hanging out with strangers for a two-hour tour, and the limits on international travel are hurting business, he said. Before the pandemic, tourists from abroad represented about 20% of his clients. Now he rarely sees an international traveler, and about 90% of his customers are locals.

April Clemmer, owner of Old Hollywood Walking Tours, a one-woman enterprise, said her business dried up completely when the pandemic hit. She took down her reservation calendar and began giving virtual tours, where clients could watch her presentation of 1930s Hollywood on their computer screens.

Private tours, where groups of family or friends avoided the danger of walking close to strangers, also helped. Now with the virus abating, clients have begun to inquire about public tours. “I feel like it’s ticking back up again,” she said.

Clemmer is so optimistic that she is training a second tour guide to handle what she expects will be a summer spike.

The employment data for April is based on two federal surveys taken in the second week of the month. Payroll job numbers are based on a survey of 80,000 California businesses. The unemployment rate comes from a separate survey of 5,100 households.