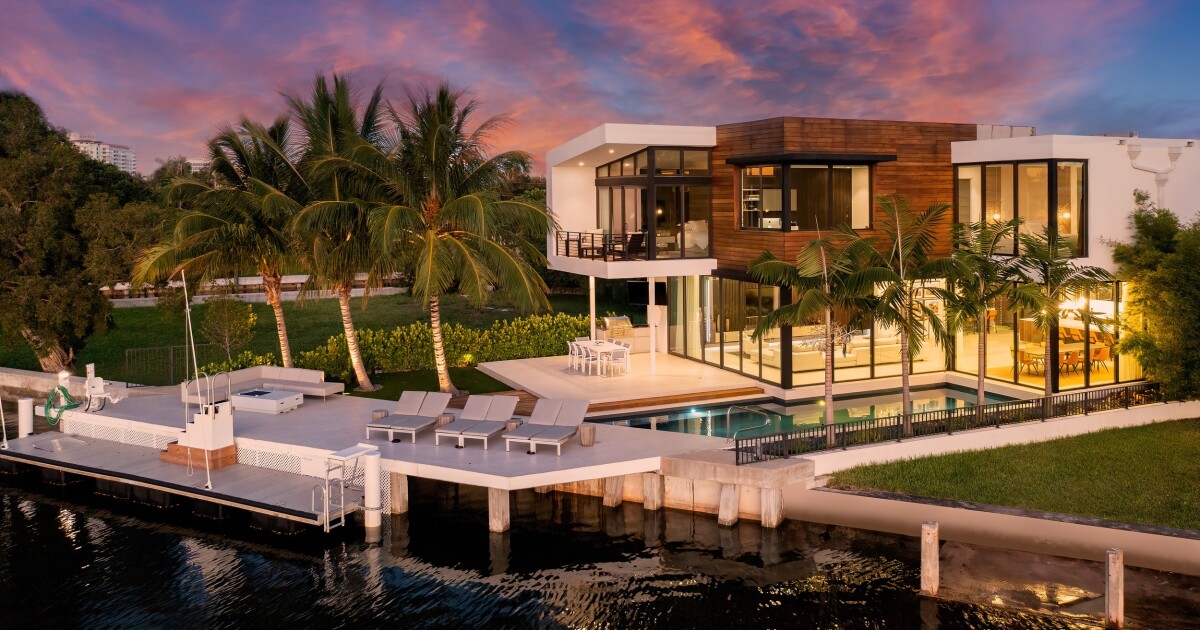 About a year after inking a $135-million contract extension with the Los Angeles Chargers, Joey Bosa is spending some of the cash on a waterfront house in his hometown of Fort Lauderdale, Fla., paying $5.85 million for a modern abode on Sunset Lake.

The star linebacker got the home at a decent discount after it first surfaced for sale at $7.5 million in May. Bosa’s mom, Cheryl Bosa of Engel & Voelkers, represented him in the deal.

Found just a few miles from where he played football and became a four-star recruit at St. Thomas Aquinas High School, the 5,500-square-foot residence takes advantage of the waterfront setting with a private concrete dock. Glass and wood bring some flavor to the white exterior, and inside, five bedrooms and six bathrooms are spread across two stories. Across the open floor plan, pocketing doors take in views of the water.

An elevator and floating glass staircase with European oak steps ascend to the primary suite, which features a private balcony overlooking a backyard with a pool. Other highlights include a wet bar, movie theater and custom garage with lifts that can fit six cars.

Bosa was a two-time All-American at Ohio State University and helped the Buckeyes win a national championship in 2014. He was drafted by the Chargers with the third overall pick in the 2016 NFL draft and was named defensive rookie of the year in his first season. Now in his sixth, he’s racked up 51 sacks to go along with three Pro Bowl appearances.