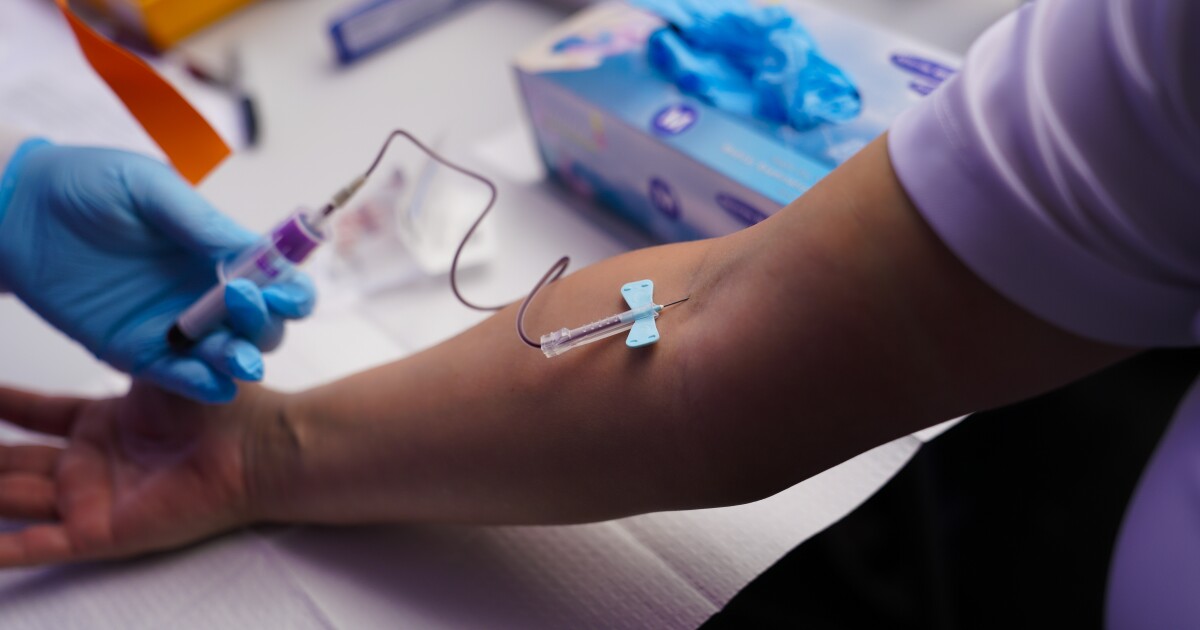 Universal, affordable coverage through a “Medicare for all” program remains a distant prospect for the U.S. healthcare system. But that doesn’t mean we can’t address some of the crazier aspects of medical pricing.

One place to start: diagnostic tests.

“I am obsessive about making sure our providers and hospitals are in network,” the Sherman Oaks resident told me. “As long as you’re in network, shouldn’t the prices be pretty much the same?”

The answer, as millions of Americans have painfully learned seeking treatment from various medical providers, is that prices can be all over the map, regardless of your network status.

What happened to Leff highlights how loony this can be.

Her Cedars-affiliated oncologist drew her blood last summer at an office near the hospital. Those tests totaled $319 in cost. After Leff’s insurer, Blue Shield, picked up most of the tab, her out-of-pocket cost was about $46.

In March, Leff went in for more tests. This time, her blood was drawn inside Cedars’ Samuel Oschin Cancer Center.

She said she contacted Blue Shield for more information about the huge disparity in pricing. It turned out that three of the tests performed in March were also performed last summer.

With an apples-to-apples comparison possible, Leff realized that the three tests conducted last year cost about $204; the same tests this year topped $1,900.

“I confirmed with my oncologist’s assistant that the Cedars-Sinai cost for lab tests is significantly higher than what’s charged by outside labs such as Quest,” Leff told me.

In response to my request for comment, Cedars officials demanded to know the name of Leff’s doctor, the billing codes of the blood tests involved and the name of the lab where the earlier tests were conducted.

Yet after all that, a Cedars spokesman, requesting anonymity even though he’s, you know, a spokesman, said only that tests at a major medical facility such as Cedars will be costlier than “tests at private physician offices or free-standing labs.”

He cited higher overhead expenses, including “24/7 on-call surgeons, intensive care units, top-quality imaging, and research and education programs to train the next generation of nurses and doctors.”

Leff said she realizes Cedars’ overhead is much higher than that of a private practice. “But lab work is lab work,” she said. “It’s the same test. It makes no sense.”

Zach Y. Brown, an assistant professor of economics at the University of Michigan, said research shows there can be “large variation” in prices across medical providers, “even for procedures that have relatively standardized quality.”

“Brand-name hospitals like Cedars may have significant bargaining power with insurers since insurers don’t want to drop them from their network,” Brown told me. “This allows them to negotiate high prices.”

I wrote recently about the patient-unfriendliness of insurance networks. Getting rid of them would force insurers and medical providers to compete on price and quality, which would be a refreshing change.

Leff said she has nothing against Cedars. “I’m a fan,” she said. “My kids were born there.”

Mark H. Showalter, a healthcare economist at Brigham Young University, agreed that the same tests costing $200 at one provider and nearly $2,000 at another is “a crazy situation.”

But he said it’s possible hospitals such as Cedars offset high prices for some forms of treatment with lower prices for others.

“Without more information, it’s tough to conclude that something foolish, fraudulent or freakishly gouging is going on,” Showalter said.

Yet that merely raises another point: The lack of transparency in medical pricing — and the fact that most patients don’t even know how much something will cost until they receive the bill.

“I felt blindsided,” said Leff, who runs a theme-park consulting firm with her husband. “I would have liked to know my options.”

Here’s a fix: Let’s pass legislation requiring hospitals and doctors to inform patients upfront about the cost of diagnostic tests.

Let’s also require that they provide patients with a list of other nearby testing facilities and the list prices of identical tests. That’s not to say everyone will want to schlep elsewhere. But it’s nice to know you have alternatives.

At the very least, let’s standardize costs for all common blood and urine tests.

According to the Centers for Disease Control and Prevention, about 14 billion lab tests are ordered annually in the United States. Roughly 70% of all medical decisions are based on those test results, the CDC says.

I can already hear conservatives decrying the idea of price standardization as socialism. It’s not. It’s introducing some rationality to an irrational marketplace.

For years, European consumers complained to authorities about the fact that mobile devices typically come with proprietary charging cables (hi, Apple!) and that it’s impractical to have to cart around multiple chargers for various gadgets.

So the European Parliament voted last year to explore requiring that electronics manufacturers make it possible for a single charger to work with all mobile devices.

I’d wager even socialism-hating conservatives would appreciate having the same rule in place on this side of the pond. It just makes sense.

Standardizing the cost of common medical tests would similarly remove at least some of the headache from healthcare.

Medicare for all would solve this. The government-run insurance program uses standardized prices for all forms of treatment.

If that remains a politically unreachable goal, then my more modest proposal for standardized test prices at least addresses one of the most common ways patients feel abused by the healthcare system.

Jack Needleman, a professor of health policy and management at UCLA, observed that Germany already does something like this, requiring that all private insurers pay the same rates for various treatments.

“The U.S. health system has adopted an approach to payment that is basically providers billing whatever they want,” he said, and patients can only hope they’re getting something close to a fair deal.

Standardizing test costs, even if we do nothing else, gets us closer to the fairness we deserve.