Column: Are extended car warranties worth it?

Homepage News Column: Are extended car warranties worth it?
News

Column: Are extended car warranties worth it? 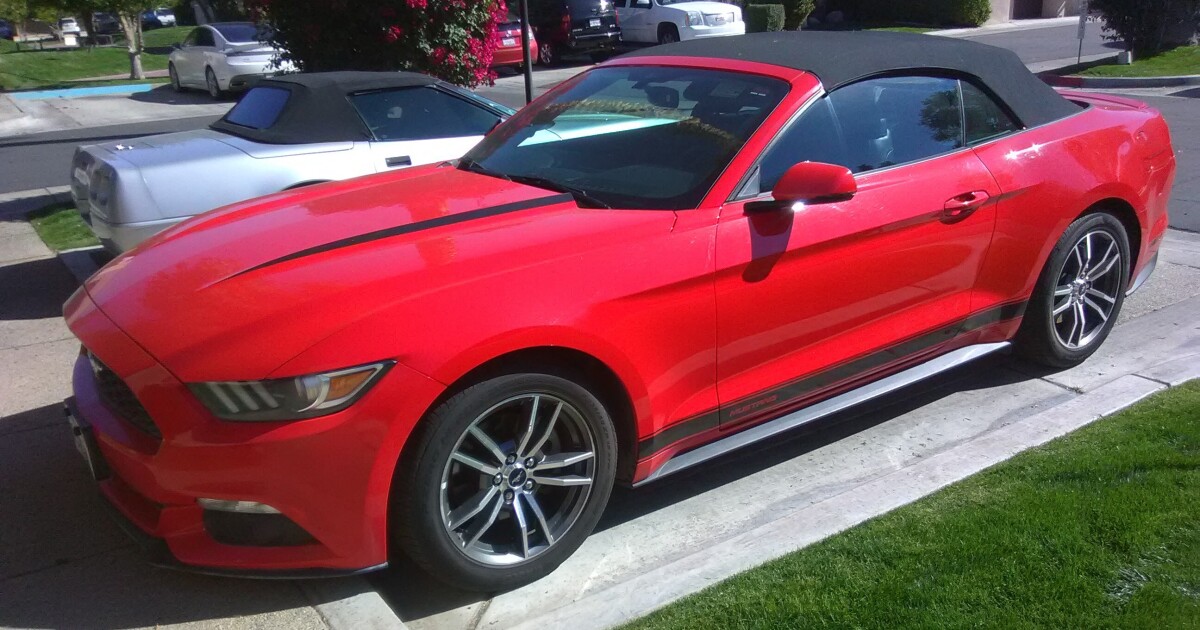 Ted Bacino purchased a used 2017 Mustang from a Palm Springs Ford dealer. He paid nearly $2,000 extra for an extended warranty to cover any repairs.

Two things are noteworthy about this.

First, the one time Bacino, 87, tried to use his extended warranty, he was told it didn’t cover the problem his car was having, a window that wasn’t closing properly.

Second, he started received official-looking letters a few months ago giving the impression that his coverage was expiring and urgently warning that he may now be “financially liable for all repairs.”

Bacino was given until this week to apply for renewed coverage.

“Official business,” the letters say up top. “Penalty for private use, $300.”

I’m guessing many car owners have received similar letters or robocalls breathlessly notifying them that their coverage is in danger and they need to take action.

And like Bacino, I’m guessing most recipients saw through these ruses from companies eager to sell extended warranties that may or may not be worth the paper they’re printed on.

Even so, it’s worth shining some sunlight on this industry and its dubious practices.

Let’s get right to the most important question: Are extended car warranties worth it?

The answer, as with all insurance products, is “it depends.”

What you’re buying with any form of coverage — home, health, auto — is the peace of mind of knowing you’ll hopefully be protected in a worst-case scenario.

As I frequently tell consumers, if insurance helps you sleep at night, it’s probably worth it. That said, extended car warranties, a.k.a. vehicle service contracts, may not merit the comfort many derive from them.

“If they paid off — that is, if you got more service than you paid for — they wouldn’t be sold,” he told me. “In fact, their profit margins are very high.”

A 2013 survey by Consumer Reports found that 55% of people who purchased extended car warranties never used the coverage.

“On average,” Consumer Reports noted, “those who did use it spent hundreds more for the coverage than they saved in repair costs.”

Specifically, the organization’s survey found that among those who submitted claims, the typical purchaser of an extended car warranty spent nearly $400 more for coverage than the median $837 saved on covered repairs.

“Extended car warranties are not a good value for consumers,” he said. “They can cost more than what they provide.”

And those are the ones offered by dealers. When it comes to coverage pitched by unsolicited marketing letters or robocalls, Bell said, “avoid them.”

“They may be from people just trying to take your money or your personal information,” he said.

Bacino told me he took the recent letters he received seriously.

Not only were they riddled with official-sounding language such as “final notice” and “final attempt to notify,” but they also included the make, model and year of his car.

Not surprisingly, Bacino admitted he overlooked the itty-bitty print at the bottom of the letters, which acknowledged that the sender was “not affiliated with any auto dealer or manufacturer.”

He also didn’t know that many car dealers routinely sell details of extended warranties to data brokers, which in turn sell them to others. That’s how details of your car get included in these sales pitches.

Bacino told me he called Auto Repair Protection, the company behind the letters he received. He said a service rep promptly encouraged him to cancel his existing coverage from the Ford dealer, which runs until 2024, and buy a new policy.

This seemed like a bad idea, Bacino said, and he hung up.

After a half-hour on hold, I got through to a “warranty specialist” at Auto Repair Protection. He said the company is based in Santa Clara but declined to provide any other information.

He took my contact information and said the owner of the company would get back to me. He declined to identify the owner. No one has gotten in touch.

“I would never buy an extended service contract,” said Rosemary Shahan, president of Consumers for Auto Reliability and Safety, a Sacramento advocacy group. “They tend to be overpriced and often have numerous exclusions and loopholes.”

Bell at Consumer Reports seconded that. He advised setting money aside for potential car troubles rather than buying a service contract. “This will likely be cheaper.”

That’s a good suggestion. Yet when I purchased a “certified” used car from a dealer a few years ago, I nevertheless splurged for extra protection.

I’ve never had to submit a claim, so you could say the money was wasted. Like I said, though, I sleep better knowing one of my biggest investments is protected. That’s just me.

But I would never, ever purchase an extended service plan from some outfit I’d never heard of that probably obtained my contact info from a lead generator. That feels like throwing money to the wind and hoping for the best.

As for the letters Bacino and others receive, they should be illegal.

As I’ve written before, marketers typically skirt a California law against “untrue or misleading” advertising by adding a tiny disclosure at the bottom, thus placing the onus on the consumer to figure out what’s what.

That’s not good enough. What’s needed is an amendment to the state’s truth-in-advertising law that makes it a violation to trick people with correspondence that bends over backward to look official but isn’t.

I’m not saying companies like Auto Repair Protection are out to rip you off — maybe their car coverage is as trustworthy as they claim.

All I know is that if a company has to use deception to get you to buy their product, that’s a company, and a product, you probably want to steer clear of.