Column: AT&T got nothing but pain from its WarnerMedia merger. It’s well deserved

Homepage News Column: AT&T got nothing but pain from its WarnerMedia merger. It's well deserved
News

Column: AT&T got nothing but pain from its WarnerMedia merger. It’s well deserved 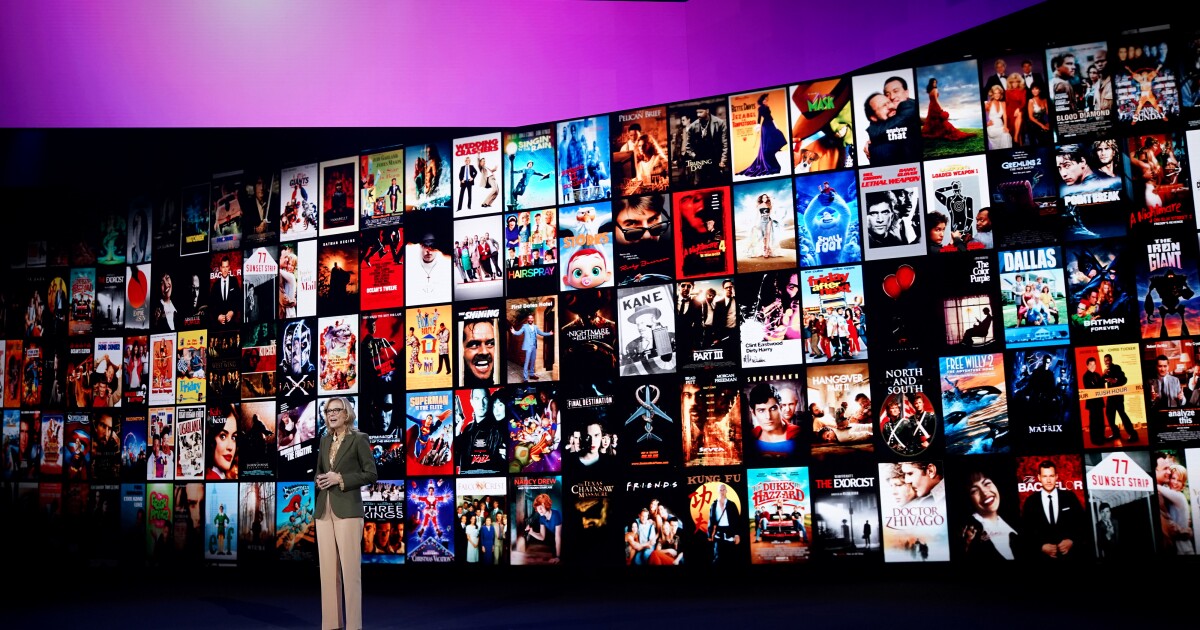 Back in 2018, a federal judge went out of his way to protect AT&T from dramatic changes in its market.

“Cost-conscious consumers increasingly choose to ‘cut’ or ‘shave’ the cord, abandoning their traditional cable- or satellite-TV packages for cheaper content alternatives available over the internet,” wrote the judge, Richard Leon of the District of Columbia.

We intend to give customers unmatched choice, quality, value and experiences that will define the future of media and communications.

The solution, he agreed, was to let them merge. “Time Warner could provide AT&T with and develop innovative video content and advertising offerings for AT&T’s many video and wireless customers,” he concluded.

Leon’s ruling was taken as a huge victory for AT&T, which had fought for more than a year to get its blockbuster $85-billion purchase of Time Warner approved in the face of opposition from the Department of Justice and then-President Trump.

As is now obvious, Leon could have done AT&T a bigger favor by flatly outlawing the deal.

That’s because AT&T has just announced that it’s effectively dumping what has since been rechristened WarnerMedia by spinning it off to the cable programming company Discovery for $43 billion. In other words, half what it paid just three years ago.

On the surface, the original AT&T/Time Warner deal seemed destined to put glitter on the staid personality of AT&T by giving it ownership of HBO, CNN, the Warner Bros. studio and Warner’s extensive film and TV library. Instead, the retreat will combine those assets with Discovery’s lineup of unscripted programming such as HGTV, Animal Planet and Food Network.

As my colleague Meg James reported, the spinoff of WarnerMedia marks a major climb-down by AT&T from it expressed ambitions for the Time Warner deal. AT&T expected to create a powerhouse of content creation and distribution to compete with the streaming services Netflix and Disney+, among others.

Its idea had been to generate entertainment and news content to feed its wireless network and DirecTV, the satellite service it had acquired in 2015 for $49 billion. But less than three months ago, AT&T announced it was spinning off DirecTV into a joint venture valued at a mere $16.25 billion.

AT&T found itself a stranger in a strange land, maladroit at managing creative artists and unable to attract streaming subscribers on the scale of Netflix. Content creators detested its bean-counting management and customers found themselves ill-served by higher prices and shrunken entertainment offerings.

As Jerry Seinfeld might have observed, this is how you make deals in the Bizarro world.

Nor is AT&T the only non-media company to stumble with a move into a new space. The telecommunications company Verizon, which hoped to build a presence in digital media and compete with Google and Facebook for advertising dollars by acquiring AOL and Yahoo starting in 2015, said earlier this month that it is dumping those assets.

Still, one shouldn’t expect those retreats to signal an end to the consolidation of media assets in ever fewer hands. AT&T’s spinoff of WarnerMedia may actually spur another round of media mergers — though the deals may face more stringent antitrust scrutiny from the Biden administration than they received from its predecessors.

For the near term at least, what’s satisfying about these developments for aficionados of schadenfreude (defined as gaining pleasure from another’s misfortune) is watching deals that were touted by their backers as great for everyone turn to ashes and dust.

Every media mega-merger of the last two decades, encompassing deals involving Walt Disney Co., ABC, Viacom, CBS, Time, Warner Bros., CNN and AOL, among other companies, was described as a boon for the public interest.

Consumers would get improved cable TV and internet technology, more innovative TV programming and lower prices. Obviously, none of that happened.

Nevertheless, AT&T followed the same script. In announcing the Time Warner merger on Oct. 22, 2016, AT&T listed “better value, more choices” among the “significant benefits for customers” resulting from the deal. “We intend to give customers unmatched choice, quality, value and experiences that will define the future of media and communications,” then-AT&T Chairman Randall Stephenson said in the press release.

After the federal government sued to block the merger, the company said in a court filing that the merger would allow it to reduce its “profit requirements … which allows it to pass cost reductions on to consumers.” It said the merger would have a strong incentive “to reduce prices to attract new subscribers.” (Judge Leon swallowed these representations whole.)

Yet about nine months after securing the Time Warner deal, AT&T jacked up monthly rates on DirecTV by $10, or as much as 15%.

AT&T had pledged that the Time Warner merger would offer consumers “the world’s best premium content with the networks to deliver it to every screen, however customers want it,” with “unmatched choice, quality, value and experiences that will define the future of media and communications.”

Warnings by consumer advocates that allowing a merger between a content distributor and content creators would give the merged company the incentive and ability to discriminate against rivals were proved absolutely accurate.

In rolling out a new non-satellite streaming service under the DirecTV banner, AT&T left out some cable channels owned by competitors such as A+E Networks, AMC Networks, Discovery and Viacom. But the streaming packages included HBO, which AT&T had acquired in the Time Warner deal.

In November 2018, just five months after completing the Time Warner merger, AT&T pulled HBO and Cinemax, which it now owned, off the Dish satellite network in a dispute over fees. That was the first time HBO had been blacked out in its 40-year history — but the first time that it was being shown on a service that competed directly with its new owner.

So who does benefit from these deals? Not consumers, who get squeezed on fees by bigger companies throwing their weight around in an increasingly concentrated industry. Not artists and creators, who have to deal with new cadres of cocksure philistines running the content side of things by reading from the bottom line up. What about employees? As James reported, WarnerMedia has cut 2,000 employees in the last year.

The winners are the CEOs.

Randall Stephenson, the AT&T boss who masterminded both the DirecTV and WarnerMedia deals, rode those fiascos to a cumulative 25% raise from 2015 through 2019, his compensation having peaked at $32 million. It fell back to $29.2 million in the pandemic year of 2020, so shed a tear if you wish.

Stephenson retired on Jan. 21, just as the hangman was braiding the nooses for DirecTV and Warners.

AT&T’s flop may only whet the appetites of other media companies to make deals. Rumors were strong on the wing that NBCUniversal, part of the stable assembled by the cable operator Comcast, was interested in peeling off WarnerMedia from AT&T. Viacom/CBS could also end up in play.

People in Hollywood always think they can succeed where others have failed. The only thing missing in this landscape is the interest of consumers and the public. So what else is new?