Column: Before investing in Robinhood or trusting it with your money, read these documents

Homepage News Column: Before investing in Robinhood or trusting it with your money, read these documents
News

Column: Before investing in Robinhood or trusting it with your money, read these documents 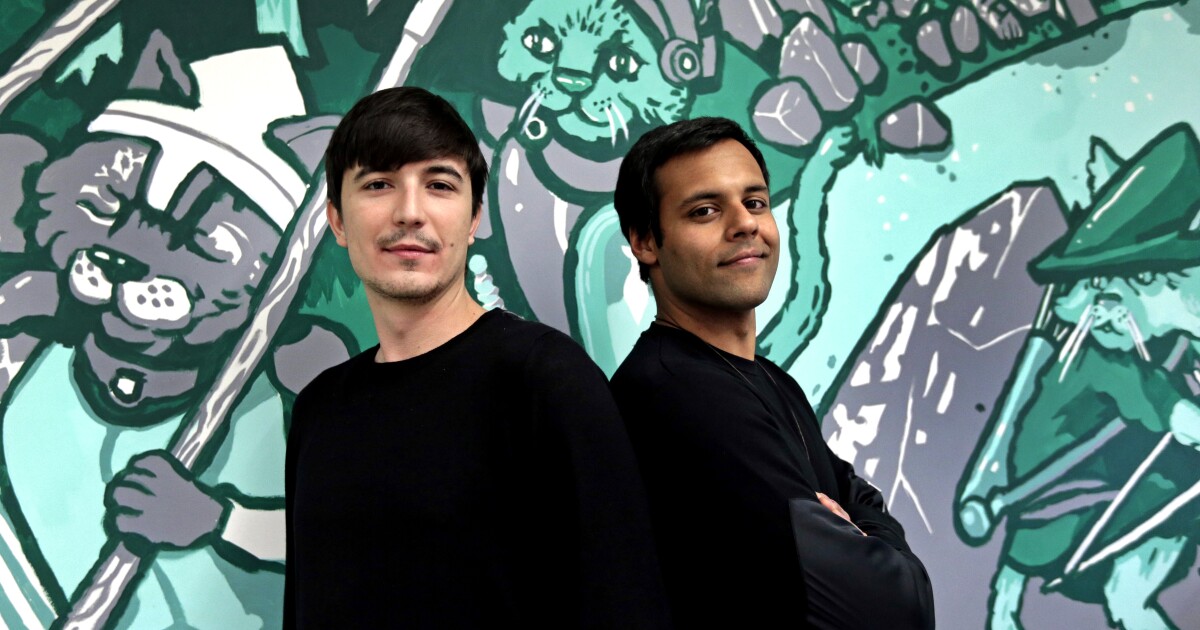 It’s not unusual for a company preparing to issue stock for the first time to clean itself up, resolve its residual controversies, get right with its regulators, wait a decent interval so the more discreditable features of its past can be forgotten, and only then to stage its coming-out party as fresh as a debutante.

Then there’s Robinhood. The zero-commission brokerage, which boasts more than 30 million customers who have bought into its pitch to make investing fun and accessible, filed for its initial public stock offering on July 1.

That was only one day after the company settled regulatory allegations that should make the average customer or investor wonder whether it’s wise to touch it with a 10-foot pole.

How was a 20 year old with no income able to get assigned almost a million dollars’ worth of leverage?

Note left to his parents by Robinhood customer Alex Kearns, who was falsely told he owed $730,000

The cost of the settlement is $70 million, including $12.6 million in restitution to customers. The Financial Industry Regulatory Authority, or Finra, which imposed the settlement, calls the fine the largest in its history.

Robinhood settled the Finra case without admitting or denying the allegations, but “consented to the entry of FINRA’s findings,” the regulator said. Stripped of its jargon, that statement implies that you can interpret Finra’s allegations as true.

That’s not a good look for a company about to issue stock to the public for the first time, especially since Finra’s case is so comprehensive. Nor is it particularly consistent with Robinhood’s corporate boast that its mission is “democratizing finance for all.”

The company founders say in a letter to shareholders and customers attached to its SEC stock registration filing that “we believe that it’s important … to be able to own stocks directly in the companies you love, without any middlemen.” (Of course, Robinhood itself is a middleman, but leave that aside.)

Indeed, Robinhood’s performance thus far raises the question of whether Wall Street will look askance at any alleged wrongdoing as long as there’s money to be made. The date for Robinhood’s public offering on Nasdaq hasn’t been set, but the whisper number on the street is that the firm could be worth $30 billion.

That’s possible because the details of Finra’s findings haven’t been as widely reported as the size of the settlement, which is broadly seen as Robinhood putting its problems behind it.

The company also failed to report to Finra tens of thousands of written customer complaints, including those filed by customers who had lost money due to its technological breakdowns, according to the Finra findings.

Among the customers misled into believing they had suffered huge options losses when their losses were much smaller or even nonexistent was Alex Kearns, a 20-year-old college student who got a message from Robinhood one day in June 2020 that his account was $730,000 in the red.

When he couldn’t get through to Robinhood’s customer service department for an explanation, he took his own life. The next day, Robinhood sent him a message that he didn’t actually owe anything. His family sued Robinhood in February and settled the case confidentially last month. Finra refers to the episode in its findings, albeit without naming Kearns.

“How was a 20 year old with no income able to get assigned almost a million dollars’ worth of leverage?” Kearns asked in a note he left for his parents. “I … have no clue what I was doing now in hindsight.”

The Finra settlement comes on the heels of a December 2020 deal with the Securities and Exchange Commission in which Robinhood paid $65 million to settle SEC allegations about whether it adequately explained to customers how it made money. (The firm didn’t admit to or deny those allegations, either.)

Put it all together, and one is tempted to ask whether Robinhood has been pursuing what might be called the Uber philosophy of pushing the regulatory envelope to see if it can rip through the rules.

Finra doesn’t find the practice charming. “Compliance with these rules is not optional and cannot be sacrificed for the sake of innovation or a willingness to ‘break things’ and fix them later,” Jessica Hopper, the enforcement boss at Finra, said upon announcing its settlement.

A few words about Robinhood. The firm was founded in 2015 but burst into public awareness during the pandemic. Robinhood doesn’t charge commissions on trades, thereby removing a friction point from the investing process, which has helped it entice a new subset of younger investors.

Its app was crafted to resemble a video game, with features that appear designed to get customers’ blood flowing, including a digital confetti shower to mark customers’ first trades and other milestones.

“Our app is simple, easy-to-use, bright — maybe even delightful,” its website says. But it scrapped the confetti thing after Massachusetts regulators filed a complaint that it was luring inexperienced customers into treating investing as a game.

Robinhood played a central role in the emergence of so-called meme stocks such as GameStop, which were pumped up through mentions on internet message boards beyond any rational valuation based on financial fundamentals.

But the firm couldn’t keep up with its own customer demand. Its IT systems became so overloaded that on March 2-3, 2020, as Finra found, its website and mobile apps completely shut down, leaving customers unable to enter, change or cancel orders. Nor could they reach customer service, because its online options also collapsed and it had no live customer service phone line.

Numerous other outages had occurred in 2018 and 2019, but Robinhood had done nothing to improve its systems, Finra reported. The regulator found that Robinhood had trouble issuing accurate statements to customers about their holdings’ values and their margin balances, including whether they were facing margin calls.

A major trouble spot was Robinhood’s options trading business, according to Finra. Options look simple, superficially — they’re the right but not the obligation to buy or sell stock at a set price, known as the strike price, by a certain date. This can be profitable if you hold the right to buy (a “call” option) at $100 a share that’s worth, say, $110, or the right to sell (a “put”) at $100 a share that is worth, say, $90.

But the market can be much more complicated if one is selling rather than buying options, because that converts the right into an obligation. One can also mix call and put options in complicated ways that are hard for novices to understand.

For that reason, securities regulations require options brokers to examine whether their customers are qualified to play. They’re supposed to gauge their customers’ financial wherewithal and their investing experience, among other factors.

Robinhood fell down on that job, Finra found. Instead of having a firm officer examine customers’ applications for options trading, it relegated that task to an algorithm known as an “option account approval bot,” which was easily fooled. The bot approved options trading based on obviously inaccurate or fabricated information, Finra said.

It approved the accounts for customers who were younger than 21 but claimed to have three years’ options trading experience — impossible, since no one under age 18 can open a brokerage account.

The bot, Finra found, didn’t recognize when customers altered their personal information to gain option trading rights; one customer who was rejected for having claimed on the application to have a “low” risk tolerance simply resubmitted the application with “medium” risk tolerance and was approved 13 seconds later. Another customer was rejected for options 15 times before she found the right formula to persuade the bot to allow her into the options market.

The mystery of why Robinhood would be so cavalier about exposing its customers to options trading risk may have been solved by its stock registration filing. That document reveals that the firm made handsome revenues from options trading, through a process known as “payment for order flow.”

This is a controversial practice through which retail brokers such as Robinhood steer customer orders to big trading firms, which appreciate the volume, for a fee. (Robinhood’s alleged failure to fully disclose this practice to customers and how it might affect the prices at which they bought and sold securities is what brought the SEC down on its head in December.)

That brings us to one more aspect of Robinhood’s business that became known through its stock registration filing: It has become a big player in the cryptocurrency market, especially in Dogecoin.

Dogecoin, as it happens, is a cryptocurrency that was originally launched as a parody of Bitcoin. But since nothing in the crypto market makes any sense in terms of financial fundamentals, it has gained a foothold as a tradable instrument.

Among the “risk factors” Robinhood listed for would-be investors in its SEC filing is its immoderate dependence on revenues from Dogecoin trading. In the quarter that ended March 31, they amounted to about 6% of total revenue of $420.4 million, or about $25 million.

That’s a danger not merely because the cryptocurrency market is notoriously volatile, but because Dogecoin is volatile even in crypto terms. Dogecoin has become a particular plaything of Elon Musk, who seems to enjoy driving its value up and down at will through tweets and public statements.

“If the markets for Dogecoin deteriorate or if the price of Dogecoin declines, including as a result of factors such as negative perceptions of Dogecoin,” Robinhood said, that could hit its bottom line. If you want a hint of where Robinhood profits may be headed, in other words, follow Musk’s Twitter account.

If you want to invest in Robinhood or sign up as a customer, no one’s stopping you. But the firm’s history is a reminder that Wall Street is constantly looking for new, shinier ways to steer some of your money into its pockets, and Robinhood looks like the newest and shiniest.