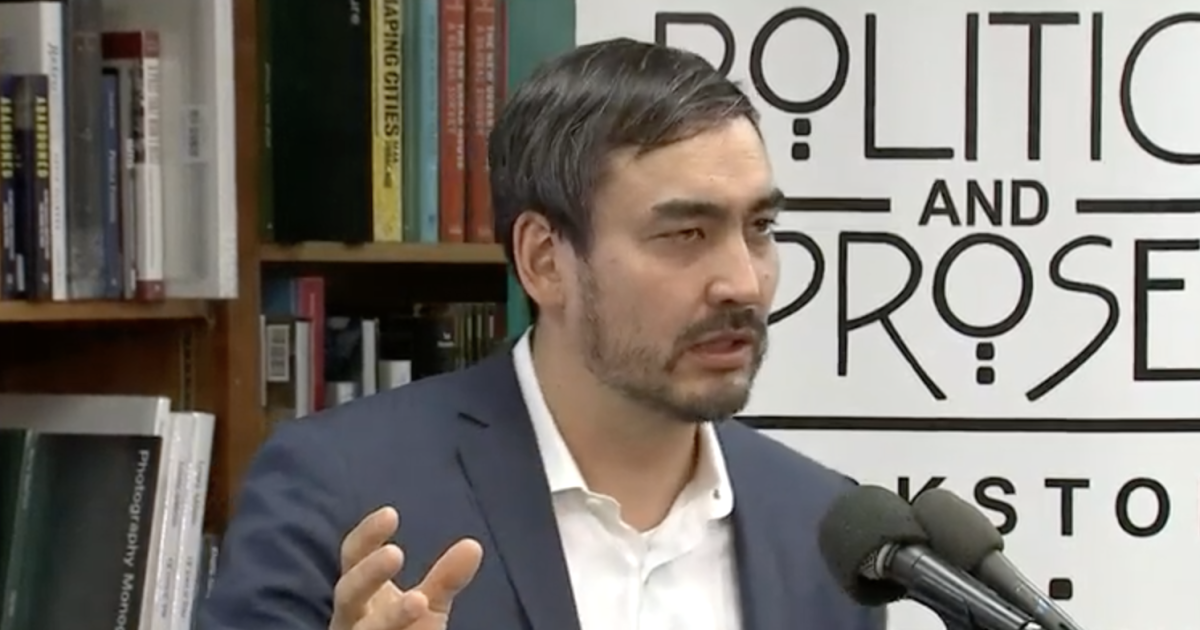 It’s already clear that the Biden administration intends not merely to eradicate any trace of Trumpism from American politics, but to return government economic policy to the inclusive traditions of the New Deal.

That’s evident from the scope of the American Rescue Plan’s support for working families grappling with the effects of COVID-19, and the support for job-training, home-care workers and union membership in Biden’s infrastructure proposal.

But Biden has another sterling opportunity to make American society more equitable: by reviving antitrust enforcement.

Forty years of weak antimonopoly policy has led to such extreme concentration that case-by-case efforts will not lead to decentralization quickly enough. We need new tools to enable break-ups.

The idea has been gaining ground as Biden ponders appointments to the government’s leading business regulatory agencies, the Federal Trade Commission and the antitrust division of the Justice Department.

Antitrust advocates are cheered by the nomination of Lina Khan, who has made her professional name as a critic of Amazon’s monopolistic behavior and quasi-monopolistic position in online commerce, to a seat on the FTC.

Another positive sign is the appointment of Columbia law professor Tim Wu, a leading critic of “Big Tech,” to the National Economic Council, a key advisory body.

Biden’s search for an antitrust chief has been hampered by the difficulty of finding a top-shelf lawyer without connections either to big tech firms such as Google, Facebook or Amazon or to competitors who have played a role in lawsuits against them. But indications are that someone with an aggressive enforcement approach is being sought.

The idea that antitrust policy should be addressing moral and social issues raised by business concentration, not just its impact on consumer prices, is moving into the political mainstream.

Others assert, properly, that decades of lax antitrust enforcement have made some companies so powerful that only a dramatic rethinking of antitrust law can counteract the distinctly anti-democratic power wielded by big companies, especially in the tech sector.

She’s right. The two most important antitrust cases currently on the federal docket, targeting Google and Facebook, are so complex that they’re not even likely to get to trial for two or three years.

The cases were filed last year. The FTC is seeking to break up Facebook by forcing it to divest Instagram and WhatsApp; the Justice Department hasn’t been explicit about what remedies it seeks against Google.

The “tech Goliaths” Amazon, Facebook and Google, as Teachout labeled them, have become so powerful that “huge parts of our economy are becoming corrosively dependent economic subspheres” in which other participants, large and small, are concerned with appeasing them instead of “innovation, job growth, creativity and productive capacity. ”

She told the subcommittee that “such a relationship poisons the freedom that is essential to democracy.” The tech giants’ influence extends beyond their own central businesses: “A shift in Amazon’s labor policy has a bigger impact on warehouse worker safety than any state changing its laws, as well as a significant impact on public health.”

The outlook of Teachout, Khan and others fosters a debate about the very goals of antitrust law.

Since the 1970s, says William Kovacic, an antitrust expert at George Washington law school who was an FTC member and chair during the George W. Bush and Obama administrations, antitrust was deemed to be about serving consumer interests — “giving them lower prices, better quality and a more dynamic innovative economy.”

Today’s critics see that as “way too narrow, that it should encompass the interests of workers, of small and medium enterprises as an end in itself, it should be attentive to concerns about income inequality, racial injustice and sustainability,” Kovacic told me.

The subcommittee addressed by Teachout explicitly called on Congress to “clarify” that the antitrust laws are designed to “protect not just consumers, but also workers, entrepreneurs … open markets, a fair economy, and democratic ideals.”

In his op-ed, Pryor was right to harken back to the New Deal. Jackson, who eventually was elevated to the Supreme Court, brought a newly aggressive approach to antitrust when FDR put him in charge of antitrust policy in 1936.

Jackson was fully alive to the evils of industrial monopolization and collusion: In a 1937 speech, he related how government procurement contracts produced a string of identical bids.

“Price competition in many industries,” Jackson observed, “is under mathematical control to the fraction of a cent.” When the Navy sought to buy steel pipe, for instance, it received 59 separate bids, every one for $16,001.83. A government cement contract brought in 40 bids, each for exactly $7,1481.60.

But Jackson complained constantly that the laws and the Justice Department budget were inadequate to the task of preserving competition in industry, and endorsed a wholesale revision of antitrust laws.

The individual who truly revolutionized antitrust policy under FDR wasn’t Jackson but his successor, Thurman Arnold, who took over the antitrust division in 1938 (and who goes unmentioned by Pryor).

Arnold’s appointment was controversial. A Yale law professor, he was better known as author of the best-selling book “The Folklore of Capitalism,” which took a sardonic view of the behavior of industrialists and prompted critics to dismiss him as “a professional smart aleck.”

But Arnold thought the existing antitrust laws could still be used to curb corporate misbehavior.

The problem, as he wrote later, was that “years of disuse … had made violation of the antitrust laws common, even respectable.” As he’d discover, executives felt themselves so immune from prosecution that they left memos openly laying out illegal activities in their file cabinets.

Arnold’s approach to antitrust law was truly transformative. To this day he’s considered, as Teachout has put it, “the most aggressive federal antitrust enforcer in American history.”

Instead of grumbling about resources as Jackson had, Arnold persuaded Roosevelt and Congress to deliver them — increasing the antitrust division’s budget from $473,000 in 1938 to $2.3 million by 1942 and increasing its staff nearly sixfold to 583.

He put all this to use. By 1943, when Arnold moved on to a seat on the federal appellate bench, he had initiated 44% of all the antitrust cases brought by the federal government since enactment of the Sherman Antitrust Act in 1890.

More to the point, Arnold expanded antitrust policy beyond traditional dollars-and-cents analyses of intra-industry competition and price-fixing by looking further at the social impacts of cartels and monopolies.

In one of his most celebrated cases, Arnold indicted the American Medical Assn. — and won a conviction — for interfering with the creation of a prepaid group health plan (resembling an HMO) by threatening to expel doctors who signed up.

As a later commentator observed, Arnold tied the AMA’s actions to “the high cost of medical care, the failure to provide adequate medical care for lower-income families, and even to preventable infant mortality.”

Arnold also brought cases against tire companies, retailers and the movie studios, eventually forcing them to divest their wholly owned theater chains for the benefit of the movie-going public. He sued the Associated Press to stop it from refusing to provide its articles to newspapers competing with AP members, imposing the principle of freedom of the press on the executive suites of big newspapers themselves.

For these and other offenses against embedded corporate privilege, Arnold was flayed by a largely conservative press. The Chicago Tribune’s owner, Col. Robert McCormick, compared him to “an idiot in a powder mill.” The two-volume collection of “frenzied editorial denunciations” published by the AP, Arnold later said, were “among my most treasured possessions.”

This is the tradition that the Biden antitrust division should emulate.

Arnold “never hesitated in pointing to broader policy concerns in promoting his program,” Kovacic reflects. “If one had asked him if antitrust was about more than dollars and cents, he would have answered, ‘No question about it.’”

How closely the Biden administration can follow the path set by Arnold is hard to gauge, at least until the White House fills out its antitrust team with an antitrust chief and the designation of a permanent FTC chair.

(Rebecca Kelly Slaughter, one of two Democratic members of the FTC, is serving as acting chair; Khan, if confirmed by the Senate, would give the five-member commission a Democratic majority.)

The Justice Department and FTC will then have to bring the Google and Facebook cases to completion, waging war against those giant companies’ stupendous resources in litigation.

But political sentiment is leaning strongly in favor of an end to lax oversight of America’s most monopoly-minded businesses. It’s up to the administration to ride the wave.

Tags: Los Angeles News
Previous Story
Did you stop working during the pandemic?
Next Story
Column: There’s a racial gap in marketing by banks and payday lenders, study finds