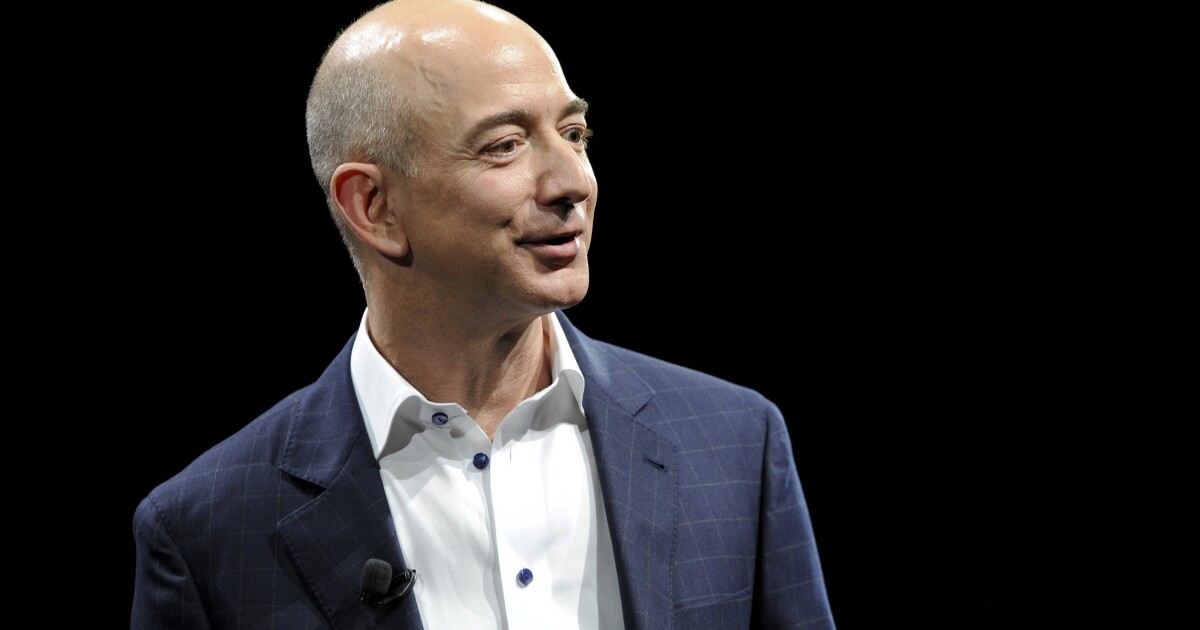 Over the decades, America has had some anti-union and some pro-union presidents. But it’s never had one take a stand on behalf of a union organizing drive as forthright and powerful as the statement President Biden issued Sunday.

Biden took aim at Amazon’s opposition to an organizing drive among its warehouse workers in Bessemer, Ala.

Some 6,000 employees in the Deep South state were mailed unionization ballots on Feb. 8 and given seven weeks to cast their vote for or against representation by the Retail, Wholesale and Department Store Union.

Unions built the middle class. Unions put power in the hands of workers. They level the playing field. They give you a stronger voice, for your health, your safety, higher wages, protection from racial discrimination and sexual harassment.

This is the most significant unionization drive faced by Amazon anywhere in the U.S., and the company has been drawing from the standard corporate playbook in fighting it.

Amazon has subjected the workers to compulsory workplace town halls at which they’re subjected to anti-union propaganda. Anti-union placards have been posted all about the warehouse, and employees have said they’ve been confronted one-on-one by supervisors with anti-union messages.

The company also tried to persuade the National Labor Relations Board to allow in-person balloting — at a tent erected on the warehouse grounds. It lost that fight, as the NLRB ruled that the level of coronavirus infection in the area warranted conducting the vote entirely by mail.

Late Sunday, Biden weighed in, tweeting a two-minute video message in which he delivered strong support for the right to organize a union “without intimidation or threats by employers.”

Workers in Alabama – and all across America – are voting on whether to organize a union in their workplace. It’s a vitally important choice – one that should be made without intimidation or threats by employers.

Every worker should have a free and fair choice to join a union. pic.twitter.com/2lzbyyii1g

Biden didn’t mention Amazon by name, but his thrust was crystal clear.

“Today and over the next few weeks, workers in Alabama and all across America are voting on whether to organize a union in their workplace,” he said. “There should be no intimidation, no coercion, no threat, no anti-union propaganda.”

During his presidential campaign, Biden pledged to be “the most pro-union president you’ve ever seen.”
His statement Sunday goes well beyond any action ever taken by a president. Franklin Roosevelt was arguably the most pro-labor president before now, having signed the National Labor Relations Act into law in 1935.

FDR’s appointee as Labor secretary, Frances Perkins, had to clean up the Department of Labor — physically, as its offices were infested with giant cockroaches, and administratively. Established under Taft in 1913, the agency had become a shadowy and hidebound hive of corruption under the president’s Republican successors. Its most notable unit was the notorious Section 24, which had evolved into an instrument for employers to use to harass labor organizers and for its staff to shake down foreign-born laborers for cash. (Perkins promptly disbanded the unit.)

Prior to that, the most notable presidential action taken on labor issues was that of Grover Cleveland, who deployed federal troops to help quash a strike in 1894 against the Pullman sleeping car company that threatened to spread through the railroad industry nationwide.

Cleveland, whose Cabinet members were tightly tied to the railroad industry — his attorney general, Richard Olney, continued to pocket legal fees from his railroad clients larger than his government salary — tried to make amends for his anti-strike policy by establishing Labor Day as a national holiday. It wasn’t more than a gesture, however.

Harry Truman struck a pro-union chord in 1947 by vetoing the aggressively anti-union Taft-Hartley Act, which had been promoted by the steel industry and passed by the first Republican-majority Congress since 1928.

The act legalized right-to-work laws at the state level, which require unions to represent workers even if they refuse to join the union or pay dues — a major impediment to union organizing. Currently, 27 states have right-to-work laws on the books.

The Taft-Hartley Act coincided with the start of a long decline in labor representation in the U.S. Union membership peaked at 33.4% in 1945, falling to about 10.8% in 2020. Meanwhile, labor’s share of national income has slid and corporate profits have soared. These trends couldn’t be coincidental.

It’s no mystery, therefore, why repealing sections of Taft-Hartley was part of the presidential campaign platforms of Sens. Bernie Sanders and Elizabeth Warren.

The latest legislative effort to nullify Taft-Hartley and restore organizing rights is the so-called Protecting the Right to Organize Act, or PRO Act, passed by the House on Feb. 4. Biden came out in support of the act during his presidential campaign.

The PRO Act would preempt state right-to-work laws. It would forbid management from requiring attendance at anti-union meetings and put teeth into federal rules forbidding retaliation against workers for union organizing activity.

The act would give workers misclassified as independent contractors the right to union organizing. That provision would create a roadblock in the spread of gig-worker status at companies such as Uber.

It would establish a joint-employer standard so that big companies such as McDonald’s couldn’t shed their responsibilities toward workers at subcontracting companies or franchisees.

Finally, the act would require companies to take genuine steps to reach an initial contract with newly organized unions, discouraging the practice of delaying contracts, sometimes for years, after a union is voted in; half of all newly established unions still don’t have contracts after a year, and a third even after two years.

Companies and unions would have to go to mediation or even arbitration when they delay negotiations in bad faith.

Biden’s statement supporting the Amazon unionization drive may be unique in presidential history, but it’s only a start.

“Unions built the middle class,” Biden said in his statement Sunday. “Unions put power in the hands of workers. They level the playing field. They give you a stronger voice, for your health, your safety, higher wages, protection from racial discrimination and sexual harassment. Unions lift up workers … and especially Black and brown workers.”

Worker rights have been under assault from a coalition of government and corporate managements for decades. The consequences can be counted out at the dining room tables of millions of American households.

Reversing the anti-worker trends of the postwar years must be on Biden’s front burner.