Column: Biden wants to hike the capital gains tax. The wealthy will fight him to the death

Homepage News Column: Biden wants to hike the capital gains tax. The wealthy will fight him to the death
News

Column: Biden wants to hike the capital gains tax. The wealthy will fight him to the death 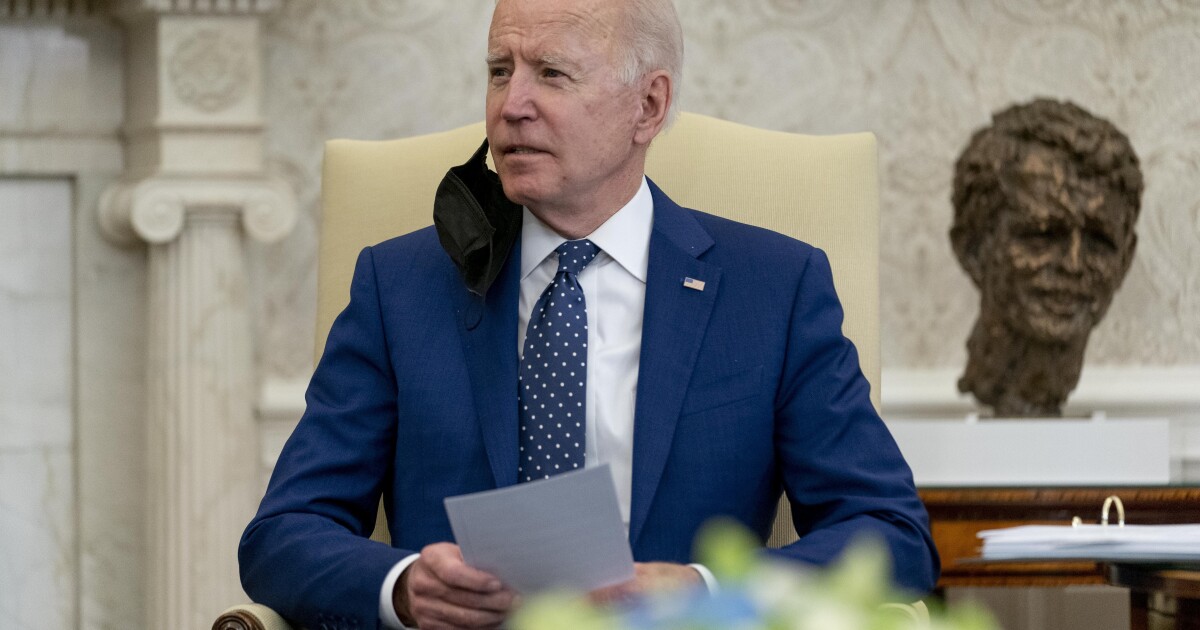 If you follow the markets, it was hard not to notice that the leading stock indexes suffered a sudden, vertigo-inducing plunge in the middle of Thursday’s trading day, with the Dow Jones industrial average giving up almost 300 points in the space of a few minutes.

While trying to find rational explanations for stock market movements is often a mug’s game, in this case there seemed to be something specific driving the action: At that moment, you see, word leaked out that President Biden was contemplating a steep rise in the capital gains tax.

As we’ve pointed out before, the capital gains tax is the quintessential rich person’s loophole. An increase would hit the 1% where they live — and the possible change reported by Bloomberg, which triggered the frenzy, would be earthshaking for that segment of American taxpayers.

Those earning more than $1 million, according to Bloomberg, would pay a tax of up to 43.4% on their capital gains. The rate would comprise 39.6%, nearly doubling the current top rate of 20%, and the 3.8% net investment surtax imposed on taxpayers earning more than $250,000 (for joint filers) by the Affordable Care Act.

That top rate would surpass the 37% marginal federal income tax on ordinary income paid by joint filers with income of more than $622,000. By effectively extinguishing the capital gains preference, Biden would be crossing the tax Rubicon. No wonder that stock investors expressed their dismay with what almost seems like panic selling. (The Dow closed Thursday with a loss of 321.41 points, or almost 1%.)

Biden could announce a proposal on the capital gains tax next week, Bloomberg reported, with the goal of using the tax to fund part of his infrastructure program.

For those subject to the tax, there’s a lot to love about it. For the rest of us, it’s a scourge. The capital gains tax chiefly benefits the rich, which imposes a commensurate burden on other taxpayers. It has become a tool allowing excessive wealth to be passed on to future generations, which exacerbates wealth inequality. It’s often defended as economically justified, but whether that’s true is debatable.

And, of course, it grants preferential treatment to investment income over labor income. That sticks in the craw of many working Americans, as it should.

The full details of the plan being considered at the White House, as Bloomberg set it forth, are murky. Just raising the rate would open the door to more legal circumvention of the tax. Biden would have to impose a levy on unsold assets and change the rules for inheritances to fully capture revenues from the tax. It isn’t clear that White House thinking has gone that far.

To really understand what’s at stake, it’s worthwhile to examine how the capital gains tax loophole works and why it’s so deeply cherished by the upper crust — and why it’s almost unattainable and therefore irrelevant for ordinary Americans. According to the Federal Reserve, the top 10% of Americans by wealth owned 88.5% of all stocks and mutual funds.

On the surface, the capital gains tax looks simple. You declare your gross income from the sale of stocks, bonds and other capital assets and subtract what you paid for them to get the net gain. That’s subject to a top rate of 20%, as long as you’ve held the asset for more than a year. (If not, then the gain is taxed at the higher rate of ordinary income.)

That’s because no one has to pay it until they sell the asset. If they hold it until their death, their heirs pay nothing, thanks to the “step-up” in basis for inherited wealth.

To illustrate, say your father bought a share of stock for $10 (his “cost basis”) that grew in value to $20. If he sold it while alive, he’d pay a tax on the $10 gain. If he kept it and willed it to you upon his death, its cost basis becomes $20 and you could sell it at that price without paying any tax. The capital gains tax just disappears.

That break alone has been estimated to cost the Treasury more than $50 billion a year.

Nothing about this keeps stock owners from exploiting the embedded value of their holdings without selling. They can borrow against their stocks and bonds or sell options against them, for example.

The capital gains differential is one tax break that isn’t capped, unlike deductions for mortgage interest or state and local taxes. The story of its value to the wealthy is told in the annual statistics published by the IRS.

By contrast, the mortgage interest deduction came to an average of $12,495 for the middle-class taxpayers who claimed it, and only an average $23,877 for earners of $10 million-plus. That’s because interest is deductible on mortgages only up to $750,000 (the limit was $1 million before the 2017 tax changes), whatever one’s income.

For a middle-class taxpayer reporting income in the $100,000-to-$200,000 range, about 72% was wages and salary taxed at ordinary rates, and less than 5% qualified as capital gains and dividends.

These figures explain much of the politicking that has gone on over the capital gains tax and other taxes enjoyed mostly by the wealthy. Back in 2016, numerous affluent Americans came out in favor of abolishing the so-called carried interest tax loophole.

This loophole allowed investment fund managers to treat much of the income they collected from their funds’ profitable investments as capital gains. The loophole was enjoying its moment in the sun as a tax controversy, which allowed advocates of its abolition to seem public-spirited. (“Close my tax loophole,” wrote one investment manager in a New York Times op-ed.) Even then-presidential candidate Donald Trump said he favored abolition.

But the carried interest loophole was only a political sop. “Carried interest is small potatoes compared with the value of the capital gains preference,” Kleinbard told me at the time. It was enjoyed only by a small subset of the top 1%, anyway, “so it makes sense to offer it up to quell popular dissatisfaction with how the tax system is operating.”

The loophole never was abolished, anyway.

Capital gains constitute such an immense portion of wealthy taxpayers’ earnings that they never seem to cease demanding that it be made even more generous.

One perennial demand is to index the rate to inflation, on the argument that most capital gains are due to inflation and it’s unfair to charge stockholders for those gains. Anti-tax advocates have even taken a stab at labeling the capital gains tax the “inflation tax.” Among the promoters of this campaign was the Tax Foundation, which has been heavily supported by the Koch network.

For serious tax analysts, this argument won’t wash: One rationale for the preferential rate on capital gains, after all, is to compensate for inflation.

Whether Biden will follow through on what appears to be a strategically leaked policy draft and raise the capital gains tax is anybody’s bet. The proposal wouldn’t be complete unless it includes an end to the step-up in cost basis to heirs. Another good idea would be to tax embedded gains before assets are sold — part of the rationale for the wealth tax proposals offered during the last presidential campaign by Sens. Elizabeth Warren and Bernie Sanders.

But there should be no illusion about the fight Biden will be in for if he does propose raising the tax. He’ll be snatching food from the mouths of America’s richest and politically most influential people, and they won’t give in quietly.