Column: Biden’s plan to waive vaccine patents is good news, but not enough to beat the pandemic

Homepage News Column: Biden's plan to waive vaccine patents is good news, but not enough to beat the pandemic
News

Column: Biden’s plan to waive vaccine patents is good news, but not enough to beat the pandemic 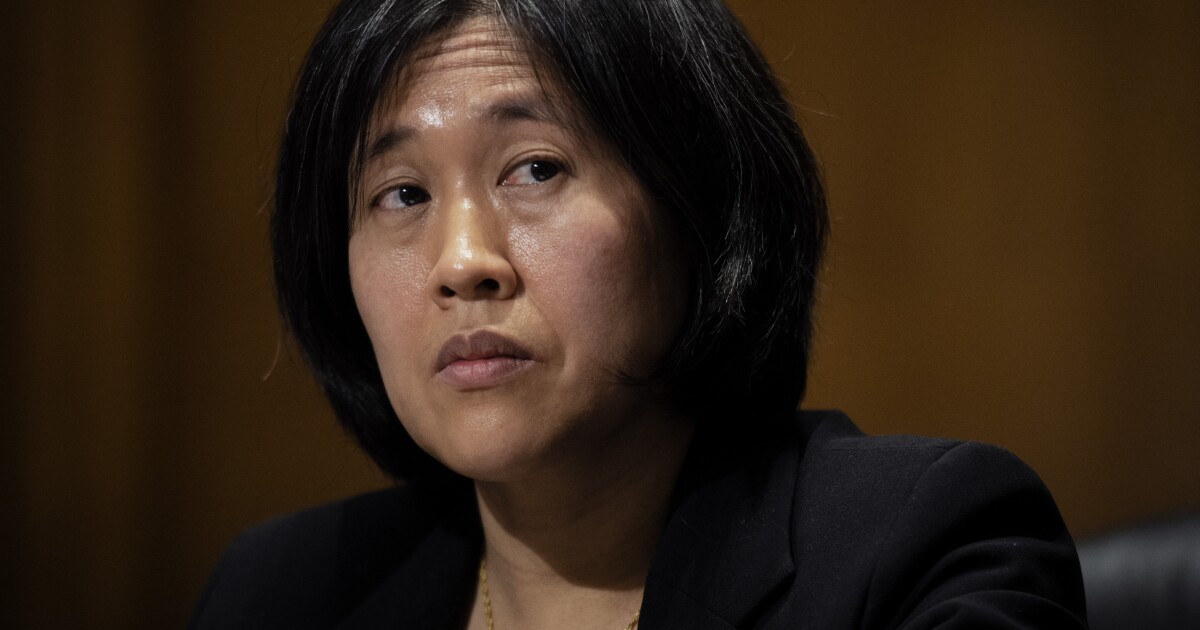 The pharmaceutical industry, which thought it had entered the can-do-no-wrong stage of public esteem thanks to its development of COVID-19 vaccines in record time, just got taken down a peg by the Biden administration.

On Wednesday, the administration said it supports waiving patent protections for those same vaccines to help combat the pandemic around the world.

Drugmakers, which were counting on lavish profits from the vaccines, squealed like stuck pigs. Phrma, their leading trade group, called the policy “an unprecedented step that will undermine our global response to the pandemic and compromise safety.”

The Biotechnology Innovation Organization, or BIO, called it “a dangerous precedent” and a “myopic decision.”

Shares of vaccine companies fell after the announcement Wednesday. Moderna, whose COVID vaccine is the firm’s only commercial product, fell nearly 10%.

On the other side of the discussion was U.S. Trade Representative Katherine Tai, who issued the formal announcement. “This is a global health crisis,” she said, “and the extraordinary circumstances of the COVID-19 pandemic call for extraordinary measures.”

Even some healthcare experts who support the waiver acknowledged that it probably won’t immediately get shots into the arms of people in India and South Africa, two countries that are being overwhelmed by COVID-19 and face a shortage of vaccines.

It may even have some downsides. “Vaccines are very complex biological products, very different from other drugs,” says William Moss, executive director of the International Vaccine Access Center at Johns Hopkins University. “They’re not products that can be made in any facility anywhere.”

Vaccine making requires not merely patent rights, but transfers of know-how related to the intricacies of the process. The consequences of manufacturing mishaps can be dire. “God forbid, if some bad batches are made or contaminated,” Moss says, “that could have a ripple effect on vaccine confidence.”

Many experts are looking to other solutions, such as compulsory licensing of COVID vaccine technology in return for royalty payments.

In that light, the administration’s move on patent waivers can be seen as largely symbolic. But one should never overlook the power of a symbol, and this one packs a major punch. Let’s examine why, while explaining what the waivers would and wouldn’t accomplish.

As the vaccines roll out, the inequities among countries and regions stand out in ever-sharper relief. More than half the adult U.S. population has received at least one dose, but in India and South America the statistic is less than 10% and in South Africa less than 1%.

That’s not a localized disaster, but a threat to the entire globe. Unvaccinated populations on this scale can spread the virus far and wide while harboring variants that could pose a challenge to existing vaccines.

If the developed world is reserving vaccine supplies for itself even after it has secured a sufficient supply, that’s a humanitarian offense and a threat to national self-interest. Just 10 rich countries have administered nearly 80% of the world’s COVID vaccines, according to the U.N. (it didn’t identify the 10). Meanwhile, not a single shot has been given in about 130 nations with 2.5 billion people.

Such statistics are the foundation of international pressure to waive patent protections for the vaccines, the policy to which the U.S. now prescribes.

Lurking in the background are the massive revenues and profits that Moderna and other vaccine producers have already begun to receive from these products.

Moderna on Thursday reported its first-ever quarterly profit, of $1.2 billion on sales of $1.9 billion for the quarter ended March 31, almost entirely from the COVID vaccine.

How much in profits these companies deserve from the vaccine is an open question, in part because much of the fundamental research that went into the products was government-funded.

Pfizer and Moderna claim the rights to vast amounts of intellectual property that will be useful, if not necessary, for others to develop vaccines in the future.

As I reported earlier, federally funded basic and applied research at the National Institutes of Health, the Defense Department and academic labs created the foundation for the mRNA technology used in the Pfizer and Moderna vaccines. In fact, almost no drugs reach market in the U.S. without such funding.

Federal funding of the Moderna effort has been even more generous: The company collaborated directly with the NIH in developing its vaccine and received federal grants totaling nearly $1 billion during the development and trial stage.

“We do have some particular stake in the intellectual property underlying the mRNA technology” used by Moderna and Pfizer, NIH Director Francis Collins said last May.

Government scientists, moreover, are listed as inventors on some patent applications filed by Moderna; if the patents are granted, the NIH told Axios last year, “the U.S. government will hold ownership interest in the patents.”

Indeed, government rights to one recently issued patent, known as ‘070, that is allegedly key to Moderna’s vaccine, could be worth $1.8 billion this year alone if the government enforces it, according to a study by the New York University law school.

The government hasn’t sought royalties thus far, but the NYU paper suggests that it could use its patent claims to force Moderna to make its vaccine more widely available around the world.

So let’s turn now to the patent waiver. No experts really consider it the be-all and end-all for getting more vaccines into arms globally. Even if no patent claims existed for the vaccines themselves, drug companies hold patent rights on many manufacturing processes and other elements essential to turning out the final product.

Raw materials for the vaccines and manufacturing capabilities are in short supply around the world, experts say, and those may be even more crucial factors limiting distribution to needy countries and regions. Vaccine manufacture is a complicated process, far more than turning out pills; global capacity was already strained before the making of COVID shots became an international priority.

“We have contractual and infrastructural problems, not an intellectual property problem,” healthcare experts Ana Santos Rutschman and Julia Barnes-Weise wrote this week — there’s not enough vaccine manufacturing infrastructure, and contracts reached by vaccine developers and their business partners tend to direct existing supplies toward rich nations.

The most serious issue connected with patent waivers may be the complexity of obtaining them. Under international rules, waivers require unanimous consent before the World Trade Organization.

For that reason, America’s most respected pandemic expert, Anthony Fauci, is wary of relying on waivers to jump-start international vaccine access.

“Going back and forth, consuming time and lawyers in a legal argument about waivers — that is not the endgame,” Fauci told the Financial Times earlier this month. “People are dying around the world and we have to get vaccines into their arms in the fastest and most efficient way possible.”

Even Trade Representative Tai acknowledged that negotiations over the waivers “will take time, given the consensus-based nature of the institution and the complexity of the issues involved.”

The best thing that may come out of the patent waiver debate could be a fresh look at how pharmaceutical research and development is funded, and how its benefits should be distributed. The industry is using the success of its COVID vaccine efforts as an object lesson in the virtues of the free market in drug R&D, but that’s wrong.

“Telling the story of the mRNA vaccines as a tale of a successful patent system is a serious rewrite of history,” says economist Dean Baker, a longterm critic of industry’s stranglehold on patent rights. “This is a story where two companies [Moderna and Pfizer] stand to make tens of billions in profits off of decades of publicly funded research, while putting relatively little of their own money at risk.”

Thus far, the debate over intellectual property in pharmaceuticals has been conducted almost entirely on the industry’s turf. The Biden White House’s new approach to vaccine patents may shift the playing field in favor of the public interest.