Column: Burgers are great. But make no mistake, they’re killing the planet

Homepage News Column: Burgers are great. But make no mistake, they're killing the planet
News

Column: Burgers are great. But make no mistake, they’re killing the planet 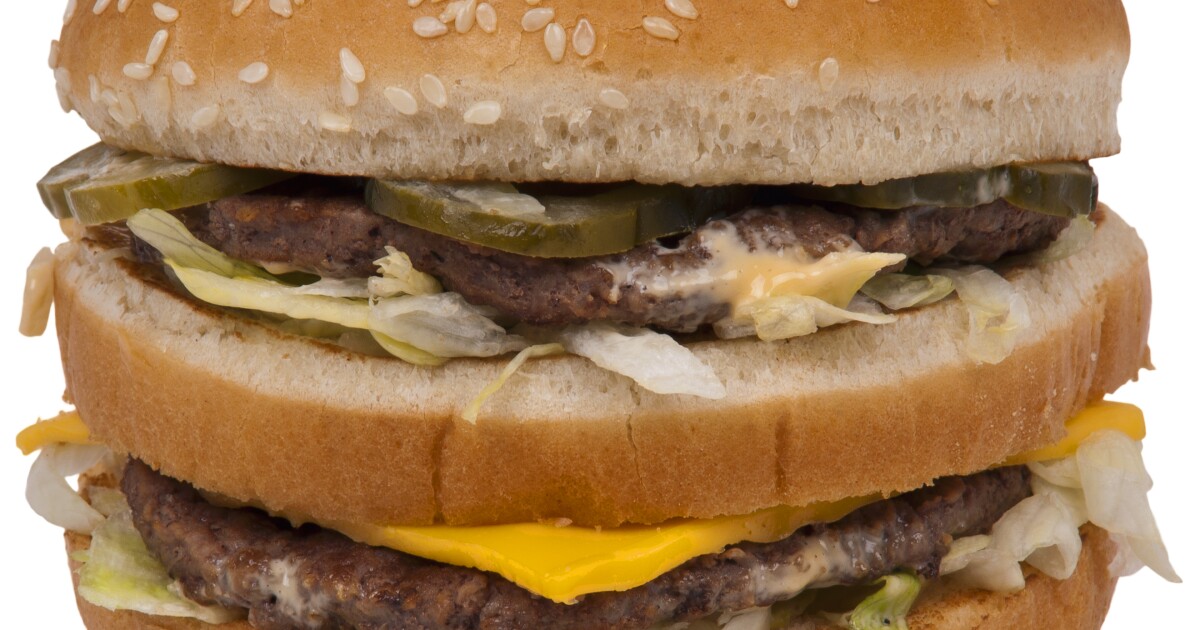 Fair warning: This column is written by someone who doesn’t practice what he’s about to preach.

Which is to say, I’m not a vegetarian or vegan, I enjoy a good burger or steak, and I remain unpersuaded by the emerging business of plant-based meat substitutes.

Yet I couldn’t help but smirk when I read a recent report commissioned by the industry-funded Cattlemen’s Beef Promotion and Research Board.

Titled “Impacts of New Plant-Based Protein Alternatives on U.S. Beef Demand,” the report finds, not surprisingly, that “beef has a good image,” and that “consumers’ perceptions of taste, appearance, price and naturalness of beef greatly exceeds that for plant-based proteins.”

That’s undoubtedly true. Americans have a long history of beef consumption, and that’s not going to change any time soon.

However, hypocritical though it may seem, I want to take a moment to spell out why plant-based meat alternatives are a good thing and why they represent an important step toward addressing climate change and protecting the planet.

“I think there’s a new urgency for ordinary Americans to consider the benefits of plant-based meat alternatives,” she told me.

According to the Environmental Protection Agency, the agriculture sector was responsible for 10% of U.S. greenhouse gas emissions as of 2018.

Much of those emissions came from animal agriculture — primarily gases emitted by ruminants such as cows and sheep (yes, we’re talking about methane-rich farts and burps, deal with it).

Fry said those 2018 EPA figures are, if anything, a conservative reflection of current emission levels.

“If you factor in the environmental impact of growing feed for livestock and water use, it’s clear that this is a very resource-intensive industry,” she said.

I shared the “beef is good” study with a number of experts in agriculture and climate change.

Most agreed with Fry that if consumers want to focus on the environmental impact of eating meat, they should be aware that things are more complex, and troublesome, than what the livestock industry might have you think.

Hannah Landecker, director of UCLA’s Institute for Society and Genetics, called the Cattlemen’s Beef Promotion and Research Board “hardly a neutral party” on this subject.

She said the livestock industry appears to be trying to obfuscate the environmental impact of its products by, in effect, giving consumers permission to avoid dietary changes by validating cultural perceptions that things aren’t as bad as pesky tree huggers might be saying.

“Just like with the effort to make COVID-19 an issue of politics rather than of human health and well-being in a shared community,” Landecker observed, “that is not in anyone’s interest.”

To be sure, sales of plant-based meat alternatives from the likes of Beyond Meat and Impossible Foods are rapidly growing as the products are adopted by the fast-food industry and are becoming a staple of supermarket chains.

Sales of plant-based meat alternatives have surged since the outbreak of the pandemic. One study by the Good Food Institute noted a 454% increase in sales last March compared with a year before.

Even so, plant-based sales remain a small fraction of meat sales — about $1 billion as of last year compared with nearly $100 billion for the real thing.

But the growth is nevertheless noteworthy, and that’s what appears to be getting the attention of the livestock industry.

Livestock companies have found a friend in UC Davis animal science professor Frank Mitloehner, who has repeatedly made the case for why cows and sheep aren’t as environmentally harmful as some would believe.

His conclusions have drawn criticism from other scientists, including researchers at Johns Hopkins University, who issued a response to Mitloehner’s work noting that he doesn’t account for environmental harms caused by the full scope of the livestock production chain.

Mitloehner told me his studies “show that animal agriculture is not the climate villain that many perceive.”

He said that although his conclusions put him “at odds with conventional thinking,” he goes where his research takes him.

All other experts I spoke with agreed with Harvard University researcher Samuel Myers, who said “the global environmental footprint associated with meat consumption is enormous.”

“Producing protein and nutrients using plant sources has been shown to have a much lower ecological footprint,” he told me. “If we are to feed a world of 10 to 11 billion people healthy diets without destroying the biosphere, a shift to more plant-based diets will be an essential adjustment.”

Each expert said they expect American diets to gradually change as global efforts to combat climate change accelerate, especially now that President Biden has embraced the cause.

In the transportation sector, for example, General Motors has announced that it plans to stop producing gas- and diesel-powered vehicles by 2035. Biden has declared a goal of eliminating U.S. greenhouse gas emissions by 2050.

Gidon Eshel, a research professor of environmental physics at Bard College, noted that even though the cattlemen’s study put a beef-friendly spin on things, the underlying survey of 3,000 adults indicated growing consumer acceptance of plant-based alternatives.

“This seems very, very significant,” he told me.

“Beef is by far the most resource-intensive way anyone can get a nutrient,” Eshel said. “If you want to make a simple change to your diet to protect the environment, there’s nothing you can do that comes anywhere close to forgoing beef.”

I might have a couple of hamburgers in any given month. What if I and all other burger-loving Americans skipped one of those burgers and had a plant-based alternative instead? Would that help?

“Yes!” Eshel replied. “That would make a big difference.”

I won’t be a card-carrying vegan anytime soon. But if replacing one burger a month with a plant-based alternative is all it takes to make a meaningful contribution to fighting climate change, yeah, I can do that.

Besides, the way plant-based meat products have been steadily improving, it probably won’t be long before we can’t tell the difference anyhow.