Column: Caitlyn Jenner couldn’t be bothered to vote, like these GOP candidates before her

Homepage News Column: Caitlyn Jenner couldn't be bothered to vote, like these GOP candidates before her
News

Column: Caitlyn Jenner couldn’t be bothered to vote, like these GOP candidates before her 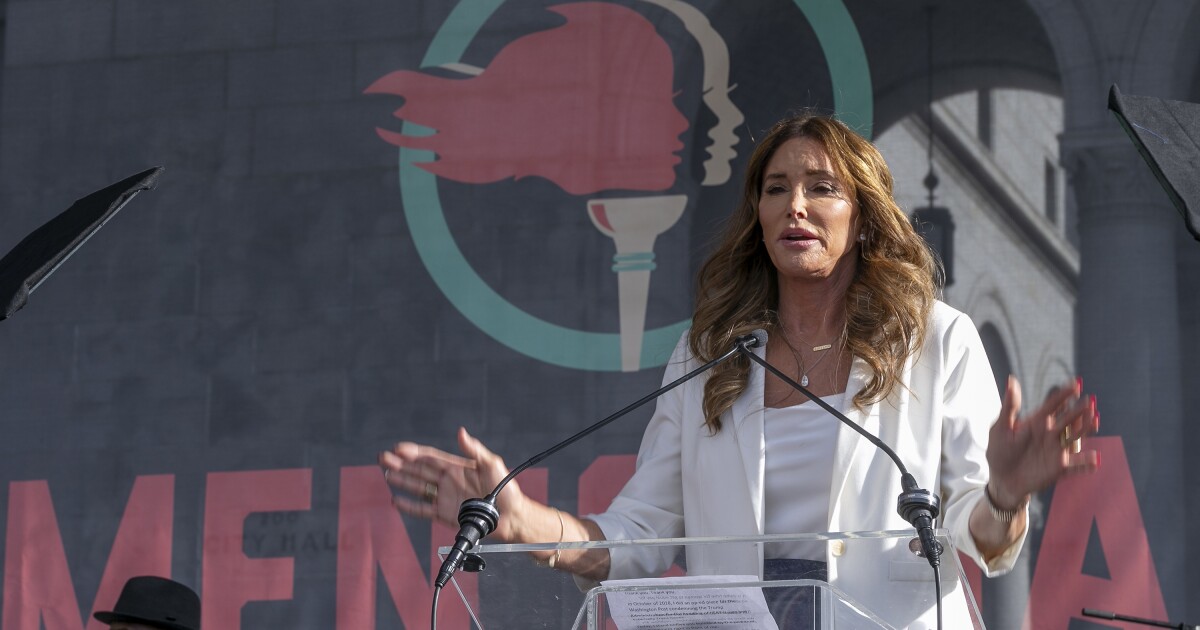 It’s time to ask again: What is it with these novice political candidates who don’t bother to vote in major electoral contests?

The latest member of this Hall of Shame is Caitlyn Jenner, who thinks she’d like to be the governor of California. She joins the ranks of fellow California wanna-be politicos of the recent past Carly Fiorina and Meg Whitman, both Republicans, who got caught not casting a ballot on some crucial election days.

Also a Republican, Jenner, in an interview Tuesday with CNN’s Dana Bash, acknowledged that she didn’t vote in November’s election in part because she didn’t see the point of voting for president in this heavily blue state.

I just couldn’t get excited about it and I just wound up going to play golf.

“Out here in California, it’s like, ‘Why vote for a Republican president, it’s just not going to work,’” she said.

She may not have been wrong, as far as that goes. In California, Democrat Joe Biden trounced Republican Donald Trump, 11.1 million votes to 6 million, or 62.5% to 34.3%.

What about the rest of the ballot?

“The only thing out here in California that I worry about which affects people is the propositions that were out there,” Jenner told Bash. “And I didn’t see any propositions that I really had one side or the other.” So on election day, “I just couldn’t get excited about it and I just wound up going to play golf.”

Jenner’s voting habits may be a bit more complicated than she let on in her CNN interview. County records reported by Politico reveal that she did vote in November, though her spokesman claims she only voted on “some local issues,” possibly affecting her home community of Malibu and Los Angeles County.

That adds a new wrinkle to the issue of nonvoting candidates: Here’s one who brags about not voting. Previous non-voters were at least abashed enough to apologize, or explain themselves as latecomers to political involvement.

Let’s take a quick gallop across the California ballot that, somehow, 17.8 million Californians managed to cast in the last election. (The share of registered voters participating, 80.67%, was the highest in 44 years.)

Obviously, the top of the California card was the presidential contest. But there were 12 propositions on the ballot. Jenner was right that these measures affected people.

Two involved voting rights, two involved taxes, two made changes to the criminal justice system, three aimed at enhancing consumer rights and safety (including privacy, healthcare practices and rent control), one undermined state labor law for the benefit of gig companies such as Uber and Lyft and one appropriated $5.5 billion for stem cell research.

Bash asked Jenner, “So how do you get people excited to vote for you, now that you want to be on the ballot?”

Bash missed the point by suggesting that voting was some sort of transactional process — as though she’s saying, “I voted, so you should vote for me.”

The real issue is that intelligent voters, let alone prospective political candidates, take the opportunity of an election to educate themselves about the issues at hand, weighing whether office-seekers or ballot measures might address real problems effectively. If Jenner were determined to vote, perhaps she would have come down on “one side or the other.”

Jenner’s electoral dereliction predates 2020. As Carla Marinucci of Politico reported last month, she voted in only nine of California’s 26 statewide primary and general elections since 2000. She skipped the 2018 gubernatorial election that elected Gavin Newsom, who Jenner wants to unseat; and the 2003 recall that made Arnold Schwarzenegger governor, and the 2016 election won by Trump.

Such revelations have harmed the campaigns of candidates in the past.

The 2010 Senate campaign of former Hewlett-Packard CEO Fiorina was poleaxed even before it could get off the ground by the revelation that she had failed to cast a ballot in 75% of the California elections for which she was eligible.

Fiorina missed presidential primaries in 2000 and 2004 and the primary and general elections in 2006, including a Senate reelection won by Democrat Dianne Feinstein. Like Jenner, she skipped the 2003 recall vote.

In an Orange County Register op-ed announcing her Senate candidacy in 2009, she explained vainly: “I felt disconnected from the decisions made in Washington and, to be honest, really didn’t think my vote mattered because I didn’t have a direct line of sight from my vote to a result.”

Yet as I observed at the time, she was in fact superbly well-connected to decisions made in Washington. While she led Hewlett-Packard, the corporation spent $4.7 million to lobby Congress and donated more than $390,000 to political candidates through its political action committee, according to public records. Fiorina and her husband, Frank, a former AT&T executive, had made more than $100,000 in political donations personally between 2000 and 2009.

In other words, Fiorina understood all too well that in politics, money talks. Cast a vote and your individual voice is buried within a tide of millions of ballots. Spend $4.7 million, and the political establishment will invite you to lunch.

Whitman, then the former CEO of EBay, also seemed to feel that greenbacks were a better path to electoral success than commitment to the electoral process. In the run-up to her 2010 gubernatorial campaign against Jerry Brown, she was revealed to be a serial vote-skipper.

The Sacramento Bee reported that Whitman had missed half of the elections between 2002 and 2007, the year when she first registered as a Republican, including the 2003 recall.

Whitman issued a statement describing her voting record as “inexcusable” and allowing that she had “taken responsibility for my mistake.” She didn’t say how she was taking responsibility, however. “For many years,” she said, “I wasn’t as engaged in the political process and should have been.”

That put her at a disadvantage compared to her Democratic opponent, Jerry Brown, who was a public servant to the marrow. She tried to paper over her years of disengagement with dollar bills, eventually spending some $144 million of her personal hoard of them only to be absolutely trampled by Brown.

Whitman’s campaign set a mark for irrational spending that wasn’t surpassed until 2020, by the presidential campaign of Michael Bloomberg.

Political aspirants with the attitude that voting is unnecessary aren’t restricted to California. When Starbucks founder Howard Schultz was contemplating a presidential run in 2019, a Seattle columnist disclosed that he had voted in only 11 of 38 elections dating back to 2005.

Although Schultz had voted in every presidential election and the November 2018 midterms, reported columnist Danny Westneat, he skipped midterms in 2014, when Republicans gained control of the Senate, and 2006, the year of a Democratic congressional wave.

He skipped most Seattle city elections for mayor and city council, including in 2006, when the city ballot included a measure directed at him as owner of the NBA Seattle SuperSonics, which were angling for public funding for a new arena.

The initiative, which barred public subsidies for sports arenas, passed. Schultz sold the team, which relocated to Oklahoma City. (Schultz had planned to run for president as an independent, having left the Democratic Party at some point before 2019.)

What these candidates have in common is the conviction that some quality other than political commitment should be enough to guarantee political success. In the case of Fiorina, Whitman and Schultz, that quality is wealth; in Jenner’s case, it’s sports- and reality TV-generated popular notoriety. None of them showed more than a skin-deep understanding of politics.

Voting, however, doesn’t merely demonstrate devotion to the democratic process. It communicates that candidates have at least pondered the issues that matter to their fellow voters and considered how their positions might matter to those whose approval they’re seeking.

What does Jenner think about California’s tax structure, housing crisis, consumer privacy or labor regulations? We don’t know, and Jenner doesn’t appear to think it’s any of our business. She told CNN’s Bash that people should vote for her “because I’m cute and adorable.”

She meant it as a joke, but she may have forgotten that the people who tell jokes for a living are known as clowns.

Tags: Los Angeles News
Previous Story
Inflation is back. How high and how long will prices go up?
Next Story
‘Black-ish’ creator Kenya Barris lands in Toluca Lake