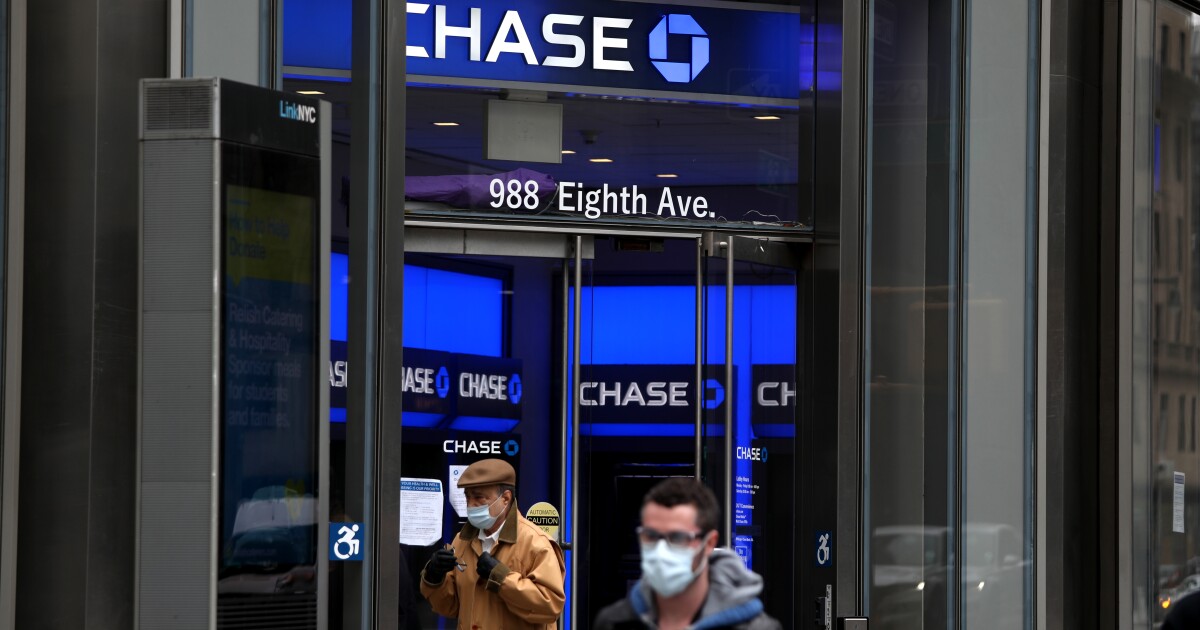 What the heck is going on at Chase bank?

After I wrote last week about a pair of La Palma seniors whose Chase checking account was drained of $22,000 by a scammer, and who spent weeks fruitlessly trying to get their money back until I intervened, I heard from another Chase customer with an equally jaw-dropping problem.

Neal Leviton told me he discovered a couple of weeks ago that he’d been locked out of his checking account — one of four Chase accounts in his name, two for personal matters, one for his art dealership and one for his real estate business.

“They wouldn’t tell me a thing,” Leviton, 66, recalled. “Not a friggin’ thing. They just said they were closing down my account.”

Alarmed, he rushed to his local branch and asked what was going on. A bank worker looked into things and informed Leviton that someone had gained access to his account and tried to wire $60,000 elsewhere.

Fortunately, Chase recognized this as a suspicious transaction and stopped it before any money got away.

Leviton said he demanded to know how something like this could even get close to happening. All Chase would say was that they were closing down the account and Leviton would be given back the nearly $70,000 it contained.

Then things got weird.

A few days later, Leviton told me, he stopped by the Chase branch to ask when his funds would be released.

“That’s when the rep told me that someone had just transferred $19,000 out of the account,” Leviton said.

“I asked how that could happen if the account was frozen and I myself couldn’t access any of the money. The rep didn’t know.”

Wait, it gets worse.

Leviton said the rep dug a little deeper and said it appeared that a man on the East Coast — presumably the same one who went after the $60,000 — had opened a joint Chase account in both his and Leviton’s names.

The guy on the other side of the country then made a purchase for $19,000, money that wasn’t in the joint account. Chase proceeded to transfer $19,000 to the bogus account from Leviton’s account to cover the overdraft.

Leviton said he made multiple calls to Chase and couldn’t get any more information than this, not least how what would seem to be an obvious act of fraud could have been perpetrated despite his account being frozen and in the process of being shut down.

“They won’t let me touch the money in my account,” he said. “But this other guy was given $19,000? Even my rep at the bank couldn’t believe this happened.”

Chase, as you’ll see, had little to say to me about the matter.

The American Bankers Assn., for its part, says scammers have been especially active since the start of the pandemic.

Con artists “have increased their efforts to gather customer information that lets them hack accounts,” said Paul Benda, senior vice president of risk and cyber policy for the industry group.

My earlier column about Donna and Michael Hansen attested to this. They related how someone hijacked their account, had new checks printed up with multiple names and addresses, and made off with $22,000.

Incredibly, none of that suspicious activity was noticed by Chase. The bank was unaware anything was wrong until the Hansens asked what happened to their money.

Chase dragged its feet for about a month. After I got involved, the $22,000 was restored to the Hansens’ account within days.

Leviton told me he read that column and sympathized that seniors on fixed incomes had to go through such difficulties reclaiming their cash.

“I’m fortunate that I have money in all my accounts,” he said. “I imagine things would be very different for me if I had to rely on the one account that Chase froze.”

More than anything else, Leviton said, he’s frustrated by how hard he’s found it getting straight answers from the bank.

“They treated me like I was a criminal,” he said. “They wouldn’t tell me a thing.”

A couple of days after I reached out to Chase with questions about what happened, Leviton said he received a call from a bank exec. She told him Chase would promptly return all his money except for the $19,000 that went AWOL.

As for that, he said, Chase had no explanation as to what happened or when he’d get it back, which, presumably, he will.

Peter Kelley, a Chase spokesman, was no more forthcoming with me. He declined to comment on how the bank could have transferred $19,000 under the circumstances.

Kelley said only that “the American Bankers Assn. has said that banks across the country have seen more fraud risk and are helping consumers to better protect themselves.”

To be sure, banks are pretty good at spotting fraud and protecting customers. A January report by the bankers group said banks prevented $22.3 billion in attempted fraud as of 2018, the most recent year for which data are available.

Even so, that means billions of dollars was still lost to fraud.

If you suspect foul play, contact your bank as soon as possible. Close any accounts that have been tampered with and get in touch with at least one of the top credit agencies — Experian, Equifax, TransUnion — to see if a fraud alert should be placed on your file.

Most banks will require you to file a police report if fraud has occurred, even though arrests and convictions for identity theft are rare. Fewer than 5% of ID thieves are caught by authorities. Only about 1% are convicted.

As the cases involving the Hansens and Leviton illustrate, it can be like pulling teeth getting your bank to inform you about how fraud may have been perpetrated or steps being taken to remedy things.

Be persistent. If you’re dissatisfied with your bank’s response, don’t be shy about escalating things to the executive level.

Many banks have separate dispute-resolution teams reporting to the president or chief executive. Try writing to the head of the company with details about your situation. Often (but not always) this will produce a more attentive response.

Finally, be willing to take your business elsewhere if all you get from your bank is the runaround. That’s what Leviton is doing.

He told me he’s already in the process of moving all his money to a different bank.