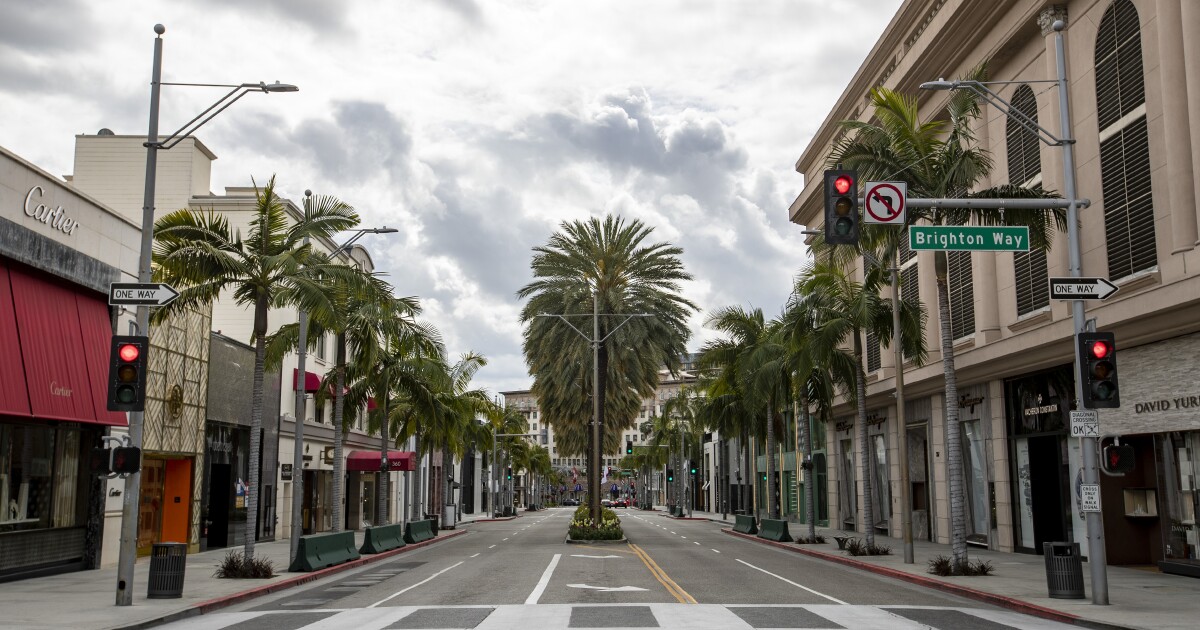 With congressional Democrats poised to enact a $1.9-trillion stimulus and pandemic relief measure, Republicans have unveiled their own proposal to help “working Americans.”

We’re joking, of course. The GOP’s big idea, unveiled this week by Republican senators and Senate Minority Leader Mitch McConnell, is a repeal of the estate tax.

That’s a tax paid by 2,500 of America’s 153 million tax filers, all of whom are (or were) among the richest Americans. Also, 100% of those on whom the tax is levied are dead when the bill arrives.

It resonates with people more on an emotional basis than a logical one.

To owe any tax at all, an estate has to be worth more than $11.7 million. About one-fifth of the total taxable estates are worth $50 million or more.

These are the supposed victims of what Sen. Mike Crapo (R-Idaho), one of the advocates of the repeal, calls “the most unfair tax on the books.”

Crapo might be correct if he means that the estate tax is unfair to the rest of us.

Currently the top tax rate is 40%, kicking in at $1 million of taxable assets. But the estate tax is subject to an exemption of the first $11.7 million for each spouse, meaning that the effective exemption for a married couple is $23.4 million.

That hasn’t stopped Republicans plumping for a permanent repeal, including McConnell and Sen. John Thune (R-S.D.), from hauling out their traditional argument against the estate tax — that it “burdens family farms and ranches,” as Thune tweeted Tuesday, as well as small family-held businesses.

During the 2016 presidential campaign, Donald Trump called the tax a burden on “the American worker,” even though the average estate subject to the tax was worth $30 million (and among the more prominent beneficiaries of repeal would have been his children Eric, Don Jr. and Ivanka).

These arguments are exaggerated to the point of being outright lies, as we shall see.

I’ve written about the estate tax many times in the past, mainly because it’s a hobby horse that the GOP never seems to unsaddle.

The Republicans’ chief tactic has been to rebrand the tax as the “death tax” to make it sound especially cold and sinister, as though the tax collector hangs around to reach into the pockets of grieving mourners as they exit funeral services at the family church.

“Tragedy & loss shouldn’t be exploited to fill the federal government’s coffers,” Thune wrote. In actual fact, the tax applied in fewer than one-tenth of one percent of America’s roughly 2.9 million deaths in 2019.

As I reported in 2009, the wealthy seem to be obsessed with the estate tax out of all proportion to its impact on their wealth, given the hefty exemption.

“It resonates with people more on an emotional basis than a logical one,” tax lawyer Mary Ann Mancini told me then.

Curiously, the GOP’s rhetorical devotion to the Founding Fathers stops with the estate tax. The founders were hostile to the concentration of inherited wealth and very much focused on ways to limit its passing to heirs.

Benjamin Franklin wanted the Pennsylvania Constitution to declare that concentrated inherited wealth was “a danger to the happiness of mankind.”

Thomas Jefferson, in a 1789 letter to James Madison, declared the “self-evident” principle that “the earth belongs in usufruct to the living” [“usufruct” is the right to exploit property] and that “the portion occupied by an individual ceases to be his when himself ceases to be, and reverts to the society.”

Yet Republicans have been consistently successful at paring down the estate tax. They even achieved a one-year repeal in 2010, under George W. Bush, though the next year it reverted to a 35% tax on couples’ estates over $10 million — leaving in its wake only a “Law & Order” episode about rich families plotting to kill off their elders during the moratorium.

Thanks to the increased exemption, by 2019, the last year for which the IRS provides statistics, the estate tax yielded only $13.2 billion, down from $20.2 billion the year before. Half of the 2019 sum was paid by estates valued at more than $50 million.

That brings us to the assertion that the estate tax burdens family businesses and farms; advocates of repeal would have you think that the tax virtually threatens them with extinction. This is almost entirely mythical.

According to IRS statistics, only 750 of the 6,329 estates filing tax returns listed farm assets among their holdings. About two-thirds of those were tax-exempt, leaving 269 owing any tax at all on farmland. Nearly half of those farm assets were valued at more than $20 million.

The American Farm Bureau Federation calculates that the average value of farm acreage in the U.S. in 2020 was $3,160 per acre. “Based on this,” the federation reasoned, “it would take approximately 3,700 acres to reach the current $11.58 million estate tax exemption.”

The average size of farms in America, according to the Department of Agriculture, is about 444 acres.

Farm families also receive extraordinary latitude in paying their estate tax liability. Most estates have to pay the tax within nine months of a death. Farm families intending to keep operating the farm and in cases where the farm constitutes 35% or more of the estate get 15 years to pay.

As for family businesses, they can use numerous strategies to minimize, eliminate or manage their estate tax liability, such as transferring ownership interests during the life of the founders or taking out life insurance policies on them.

Family business owners grouse about the necessity and expense of such tax planning, but the proper response to that is an unsympathetic “so what?” Many households, rich and poor, have to find ways to pay taxes; business and farm owners actually have more options than ordinary taxpayers.

The bottom line is that couching the estate tax repeal as a benefit for America’s valiant business and farm owners is a scam. The largest category of assets in estates by far is publicly traded stock.

Unrealized capital gains have been estimated to constitute 55% of the value of estates worth more than $100 million. The estate tax, then, is the only way to recapture some of the tax that should have been paid on these gains during the owner’s lifetime.

In other words, repealing the estate tax would be a massive handout to rich families, enabling them to concentrate their wealth to an extent the Founding Fathers found inimical to society.

When you see Republicans like Crapo, Thune and McConnell wringing their hands over the burden on small farms and family businesses, call it for what it is: hogwash.