Column: COVID isn’t spread by mosquitoes. But the next pandemic might be

Homepage News Column: COVID isn't spread by mosquitoes. But the next pandemic might be
News

Column: COVID isn’t spread by mosquitoes. But the next pandemic might be 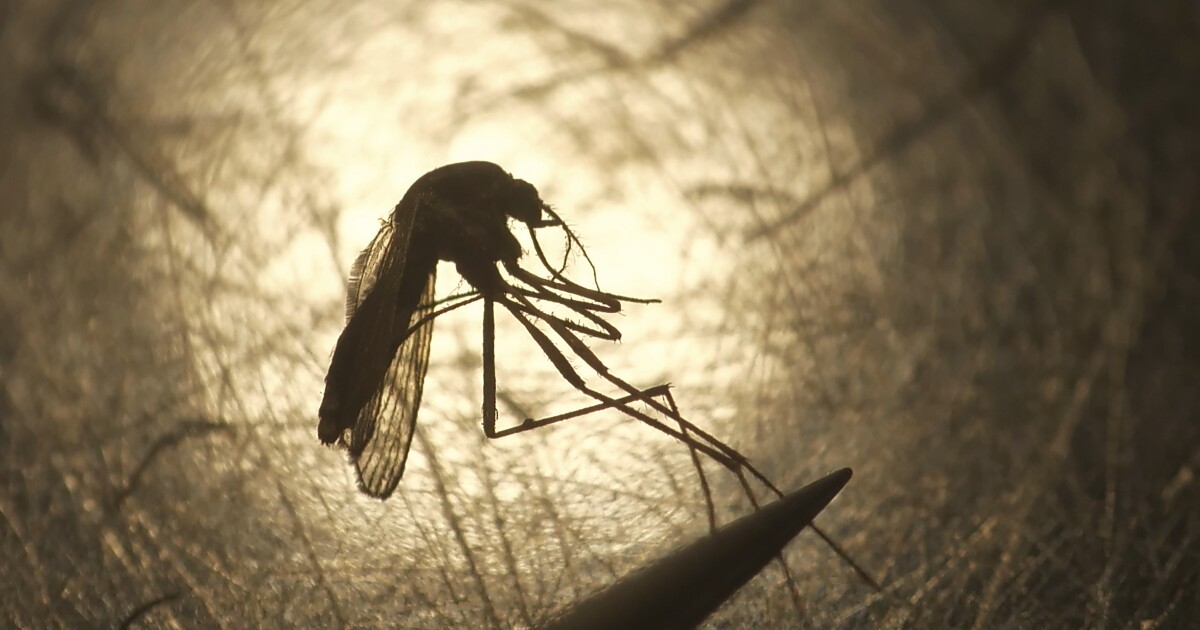 Omar Akbari, an associate professor of cell and developmental biology at UC San Diego, admits he loses sleep thinking about the next pandemic — and how it could be so much worse than COVID-19.

“When COVID first happened, labs quickly tested to see if it could be borne by mosquitoes,” he told me. “Thankfully, it wasn’t. But imagine if it was.”

If so, the global death toll “could have been tenfold, a hundredfold worse,” Akbari said. That is, instead of looking at nearly 4 million COVID-19 fatalities worldwide, as is now the case, we’d be looking at as many as 400 million dead.

“It’s a scary thought,” said Akbari, one of the country’s foremost mosquito researchers. “Mosquitoes are the ultimate pathogen-transmission machines. They’re really, really good at it.”

A circuitous path led me to his doorstep. I came across a press release this week from the pest-control company Terminix.

It featured a list of “the top cities in the United States that were most interested in finding out more about mosquitoes,” based on internet searches last year.

What got my attention was that the top city for mosquito queries wasn’t a destination built on swamp land, such as Chicago, New Orleans and, I suspect, all of Florida.

Then I found a recent press release from another pest control business, Orkin, naming Los Angeles as the most mosquito-infested city in the country.

That puts L.A. ahead of boggier metropolises such as Atlanta — the most mosquito-infested city for the previous seven years — Washington and Dallas.

Intrigued, I decided to reach out to mosquito experts to find out if California in general and L.A. in particular are facing a mosquito menace perhaps few of us may be aware of.

The answer, I’m sorry to say, is yes. And its name is Aedes aegypti.

According to the Centers for Disease Control and Prevention, the Aedes mosquito, a.k.a. the yellow fever mosquito, is “the main type of mosquito that spreads Zika, dengue, chikungunya and other viruses.”

“Because Aedes aegypti mosquitoes live near and prefer to feed on people, they are more likely to spread these viruses than other types of mosquitoes,” the CDC warned.

And here’s the bad news: The tropical Aedes mosquito is believed to have settled in California in 2013, likely after arriving aboard a cargo ship. It’s been thriving, and spreading, ever since.

“The danger that poses is significant,” Akbari said. “Unlike other mosquitos, which may only come out at dusk, Aedes is a daytime mosquito, and it likes to feed on humans.”

You’ll know it when you see it. It’s a dark, Darth Vadery-looking insect with white bands.

Anthony A. James, a professor of molecular biology and biochemistry at UC Irvine, told me the Aedes mosquito previously had a tough time gaining a foothold in California “because winters were cool and long enough to challenge their survival.”

“As things have warmed up, it is not as challenging for them,” he said. “Combining this with the human-driven availability of water from landscaping, agricultural use and small containers in yards, we have essentially created an ideal environment for them.”

Every mosquito maven I spoke with told me the same. Our warming environment is like Christmas for the Aedes mosquito, providing the aggressive, bloodthirsty little creatures with ideal circumstances in which to proliferate.

“As the climate becomes warmer, we run the risk that these mosquitoes will spread into new areas, and with that the increased potential of mosquito-borne disease,” said Ryan C. Smith, an associate professor of entomology at Iowa State University.

He cited the Aedes mosquito’s “strong human preferences” and the fact that they’re “aggressive daytime biters.”

“While for the time being this is just a nuisance,” Smith said, “it is important from the perspective that these mosquito species have the potential to transmit a wide range of mosquito-borne viruses.”

He cited an outbreak of the Zika virus in Florida in 2016. Zika has been linked to birth defects, brain disorders and other illnesses.

“Aedes aegypti in Florida were able to promote Zika virus transmission in and around Miami once it was introduced by human travel,” Smith said.

Which brings us back to COVID-19. As Akbari said, researchers wasted little time trying to determine if the virus could be spread by mosquitoes, including Aedes aegypti.

The conclusion, as reported a year ago in the scientific journal Nature, is that it can’t, “even in the unlikely event that a mosquito fed upon a viremic host.”

But Akbari and other specialists say we aren’t in the clear. Next time, they say, things could be different.

“If a person infected with the dengue virus or another virus transmitted by these mosquitoes were to come to California, and that individual was bitten, then it is possible that diseases such as dengue could then be spread,” said Craig Montell, a professor of molecular, cellular and developmental biology at UC Santa Barbara.

“Dengue causes a wide spectrum of disease,” says the World Health Organization. While many people infected with the virus experience only flu-like symptoms, severe cases can lead to bleeding, organ impairment and death.

What can we do?

“That’s a tough one,” replied Jason L. Rasgon, a professor of entomology and disease epidemiology at Penn State. “Aedes aegypti are pretty difficult to eradicate.”

He suggested targeting their breeding sites, which tend to be any body of water near their favorite food (you and me). “The thing is,” Rasgon observed, “they don’t need a lot of water — very little, actually — so that can be hard.”

Akbari said pesticides are a possibility, but they can be harmful to other insects we have no quarrel with, such as honey bees. Also, the Aedes mosquito, hardy little bugger that it is, probably would develop resistance to any chemicals we throw at it.

A better solution, Akbari said, may be to fiddle with the genome of the mosquitoes, introducing sterile males into the population or other approaches that battle the bugs on a molecular level.

“We need to develop new technologies,” he said. “What we have at the moment is not working.”

Now he’s not the only one losing sleep.