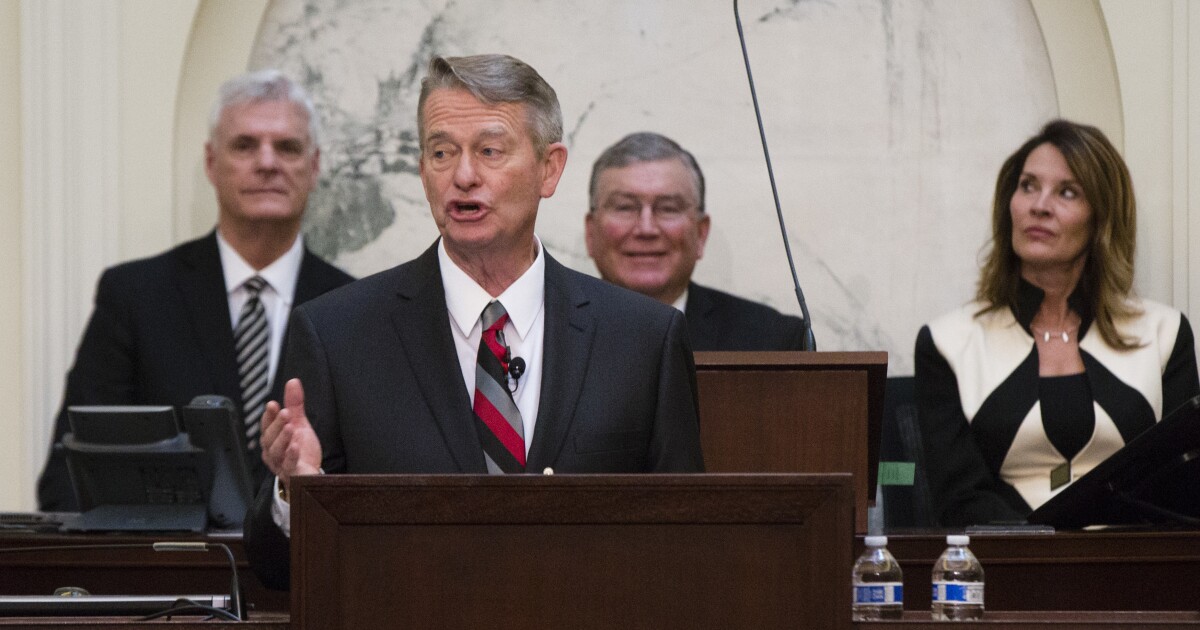 It may be recalled that one of the chief GOP arguments against the Affordable Care Act in 2010 was that it would institute bureaucratic “death panels” to determine, in the words of former vice presidential nominee Sarah Palin, whether someone was “worthy of healthcare.”

The claim was always pure fabrication. But something akin to death panels are a reality now, specifically in COVID-stricken, and deep red, Idaho.

Hospitals there have become so overwhelmed by COVID patients, almost all of them unvaccinated, that the state has activated its “crisis standards of care.” What that means, according to the state Department of Health and Welfare, is that the normal triage standards, in which the more seriously sick or injured are prioritized, are thrown out.

The situation is dire – we don’t have enough resources to adequately treat the patients in our hospitals, whether you are there for COVID-19 or a heart attack or because of a car accident.

Instead, “someone who is otherwise healthy and would recover more rapidly may get treated or have access to a ventilator before someone who is not likely to recover.”

As the agency’s director, Dave Jeppesen, put it in announcing the order, “The situation is dire — we don’t have enough resources to adequately treat the patients in our hospitals, whether you are there for COVID-19 or a heart attack or because of a car accident.”

Jeppesen was not exaggerating the crisis. His agency reported that a record 678 patients were hospitalized with COVID-19 in Idaho as of Monday, including 173 in intensive care — and those almost certainly were undercounts. On Wednesday, the state said, only 12 adult ICU beds were staffed and available in the entire state.

As many as 97% of the COVID patients in Idaho intensive care units were unvaccinated. That’s no surprise, because Idaho has one of the lowest vaccination rates in the country, as reckoned by the Centers for Disease Control and Prevention.

Only about 50.5% of Idahoans 12 and older are fully vaccinated, well below the national average of 63.3% nationally. Only Alabama, West Virginia and Wyoming have done worse, the CDC says.

This isn’t the first time that the pandemic has raised the specter of rationing healthcare in a Republican state. In June 2020, that seemed to be in the cards in Arizona. In that case, however, the crisis standards remained theoretical. In Idaho today, they’re real.

Idaho’s crisis has spread to eastern Washington state, where hospitals are being asked to take in patients who can no longer be treated in Idaho. This has rather ticked off Washington Gov. Jay Inslee, a Democrat, who has overseen an anti-pandemic effort that gave his state one of the better records on fighting COVID-19.

“We certainly need our friends in Idaho government to do more to preserve their citizens’ health, because we know that their crisis is becoming our problem,” Inslee, said last week. “I’m asking the people of Idaho to adopt some of the safety measures — like masking requirements — like we have in Washington so we can help both of our states reduce this horrible pandemic.”

Inslee was absolutely correct to point the finger at Idaho’s political leadership. In recent times, the state has become known as a haven for those celebrating rugged individualism, but its leaders have bowed to that principle obsequiously. Back in March, several Republican officeholders attended mask-burning rallies across the state.

“We’re standing here today to rein back government,” one of the organizers said.

Little reversed the order as soon as he returned home. He said he opposed mask mandates but also opposed interfering with local officials taking measures “they believe will protect the health and safety of the people they serve.”

But hold your applause. His objection to McGeachin’s action may have had as much to do with her intention of running against him for governor as with any principled stance on anti-pandemic measures.

Little has also cast his lot with other GOP governors, such as Florida’s Ron DeSantis and Texas’ Greg Abbott, who have thrown a conniption over President Biden’s recent plan to require businesses with more than 100 workers to impose vaccination mandates or subject holdouts to frequent testing. Little said he was considering taking legal action to block Biden’s policy.

“It is wrong for President Biden to dismiss the concerns of millions of Americans and tell governors who represent Americans that he will use his powers as president to get them out of the way,” he said. “This is not leadership. When President Biden took office, he promised to do his best to unify our country, and he has only driven us further apart. President Biden is out of touch, and his mandates only add to the divisiveness within our country.”

The fantasy of rugged individualism, in other words, still reigns in Idaho. Unfortunately, there are fewer Idahoans every day to enjoy it.