Column: Democrats are ready to raise taxes, but not by nearly enough

Homepage News Column: Democrats are ready to raise taxes, but not by nearly enough
News

Column: Democrats are ready to raise taxes, but not by nearly enough 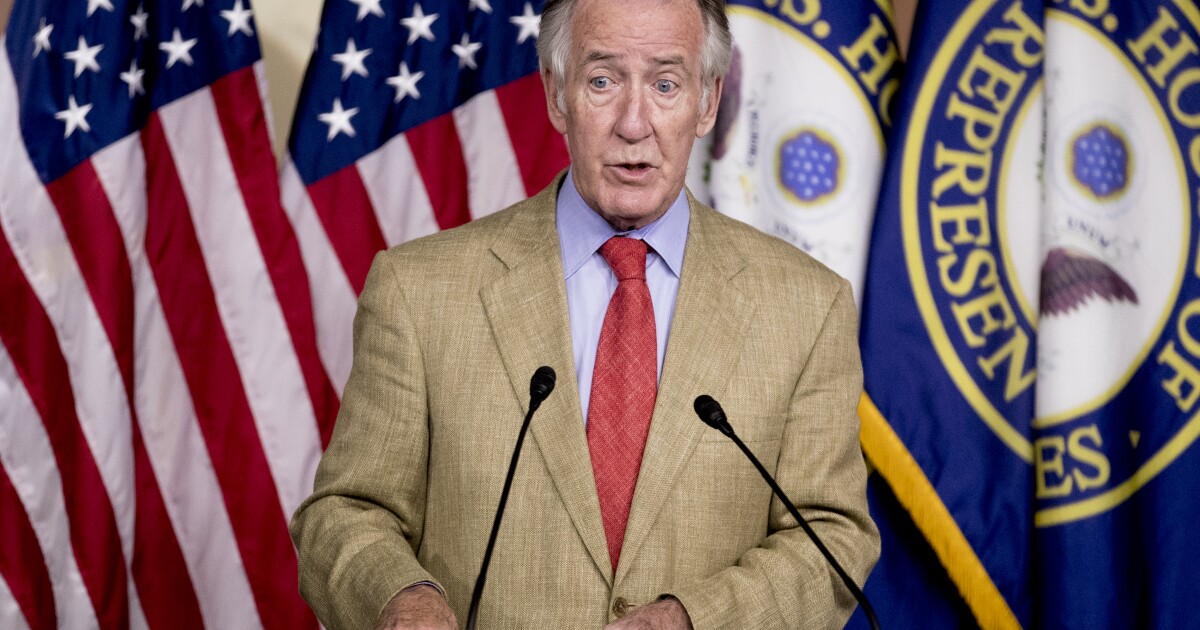 If it’s a year ending in a number, then federal tax policy is again on the table.

This year differs from the recent norm, however: The debate in Washington is over raising taxes — more specifically, by how much.

Democratic tax proposals, which are aimed at funding a budget bill expected to cost hundreds of billions of dollars per year, are still in flux, with formal plans expected to be made public in the next few days. Even after that, negotiations loom on the horizon, even within the party, and compromises are inevitable.

But the details dripping out from Congress indicate that an about-face on federal taxes is in the cards — higher taxes on wealthy households and, at least nominally, on corporations.

That doesn’t mean that corporations and the wealthy will count as losers: They seem likely to retain key tax breaks that contribute to the unconscionable rise in wealth inequality in the U.S., including the ability to pass unearned wealth on to future generations.

The increases being aired on Capitol Hill and coming from the White House won’t do much to restore U.S. taxes to their historical level or the system’s progressivity to where it was as recently as the 1970s, but at least they’re a start.

Before examining the details, let’s place tax policy in its historical context.

In recent years, or until this round of policy-making, tax cuts were part of the political platforms on both sides of the aisle, though there were disagreements over who would pocket the larger share.

It wasn’t always so. For the first year or two of his presidential term, John F. Kennedy consistently questioned his advisors’ counsel to cut taxes, in part because voters seemed strongly averse to deficit spending; a Gallup Poll in August 1962 found that 72% of respondents were opposed to a tax cut if it meant the government would go further into debt.

Kennedy ultimately gave in to the siren call of lower taxes, proposing a reduction in the top personal tax rate to 65% from 91% and a cut in the corporate tax rate to 47% from 52% — figures that seem almost quaint in today’s context.

As it happens, congressional Republicans voted overwhelmingly against the Kennedy proposal when it came to the floor (in 1964, under the Johnson administration), and then made the “fiscal irresponsibility” of Democrats their campaign shibboleth.

The wealthiest Americans have enjoyed an almost unbroken decline in their tax burden since the early 1960s, when income of married people in excess of about $90,000 (about $775,000 in today’s dollars) was taxed at 70% or higher. That applies to earned income, such as wages.

The effective rate on capital gains was even lower, however, because as much as 50% of gains on assets held six months or more was exempt, reducing the real tax bite to 20% or less. The top capital gains rate today is 23.8% on high-income taxpayers.

We’ve written before that the capital gains rate is the biggest tax loophole for the wealthy, by a huge margin. Not only is it uncapped, but unlike breaks such as the mortgage interest deduction, it also applies to the bulk of their income.

Furthermore, as the late tax expert Ed Kleinbard never tired of pointing out, the capital gains tax is our only truly voluntary tax. It’s billed only when a capital asset is sold, and if the asset is held through the owner’s death, it’s extinguished entirely.

This is the notorious step-up in basis that allows wealthy families to pass their unearned wealth down through the ages. It allows those who inherit and sell capital assets to pay a tax only on the gain since the original owner’s death, rather than on the gain dating from the original purchase.

It has long been evident that wealthy taxpayers and their proteges in Congress would fight capital gains tax increases to the last drop of blood, and that seems to be happening.

In his American Families Plan, President Biden has proposed raising the top capital gains rate to 43.4%, its highest rate since the 1920s and, depending on how one calculates, higher than the top rate on wage income. Biden also proposes scrapping the step-up in basis by taxing unrealized capital gains at death except for a $1-million exemption per individual.

The proposal circulated by Ways and Means Committee Democrats, however, raises the top rate only by five percentage points, to 28.8%. It’s silent on the step-up, an indication that congressional Democrats would keep it as is.

As a share of gross domestic product, Americans’ overall tax burden — counting federal, state, local and payroll taxes — shrank to 24.3% as of 2018, a level lower than any developed country other than Ireland, Chile and Mexico, according to the Tax Policy Center. The highest rate belongs to France, at 46%; the average among all members of the Organization for Economic Cooperation and Development, or OECD, was nearly 34%.

But those countries provide far greater public services than the U.S. Many, including France, provide universal healthcare to their citizens. Many also provide more generous old-age and survivor benefits, measured as a share of government spending and of GDP, than the U.S.

The Ways and Means proposal would restore the top personal tax rate to 39.6% from 37%, where it was set by the Republican tax cut bill of 2017. That matches the proposal by Biden, who called the top rate reduction “one of the 2017 tax cut’s clearest giveaways to the wealthy.”

The higher rate would kick in at about $450,000 for married households and $400,000 for singles. The proposal also would impose a 3% surtax on incomes over $5 million.

The committee also proposes accelerating the expiration of the generous giveaway on estate taxes enacted in the 2017 measure, which doubled the exemption from estate taxes to $24 million and scheduled the change to expire at the end of 2025. The committee would end the increase as of the end of this year.

All told, according to a committee fact sheet, its proposals would add $1 trillion to the tax bill for wealthy families over 10 years.

House Democrats would also raise the top corporate tax rate to 26.5% from 21%, the level set by the 2017 measure. The higher rate would apply to businesses with income higher than $5 million, and would remain at 21% for most businesses with lower revenues.

They write off executive stock options, take advantage of federal research and development subsidies, and use accelerated depreciation schedules to write off the decline in the value of equipment faster than the equipment actually loses value. According to the nonpartisan Institute on Taxation and Economic Policy, 26 profitable corporations paid no income tax or recorded a negative tax rate since the 2017 tax cut bill. Among them are FedEx, Duke Energy and Nike.

The House Democrats, like the Biden administration, propose an $80-billion increase in funding for IRS enforcement over 10 years, aimed at high-income taxpayers. This would be a major expansion of the ability to pursue tax cheats by the agency, which says it spent less than $5 billion on enforcement in 2020. But it’s spending that pays for itself. According to recent studies, tax avoidance and evasion are concentrated among high-income people.

A team of IRS analysts and academic economists recently calculated that the 1% conceal as much as 21% of their income from tax collectors. Of the unreported income, about 6 percentage points is hidden by “sophisticated evasion that goes undetected in random audits,” the researchers determined. Yet the IRS concentrates its enforcement firepower on the working class.

“While the income of taxpayers in the bottom 99% of the income distribution is comprehensively examined,” the researchers observed, “up to 35% of the income earned at the top is not.”

The one disagreement over this new spending is how much it actually would bring in. The Biden administration placed the return at about $700 billion over 10 years. The Congressional Budget Office, however, offered an estimate of only $200 billion. Either way, it’s profitable.