Column: Democrats are talking about means-testing more social programs. What a terrible idea

Column: Democrats are talking about means-testing more social programs. What a terrible idea 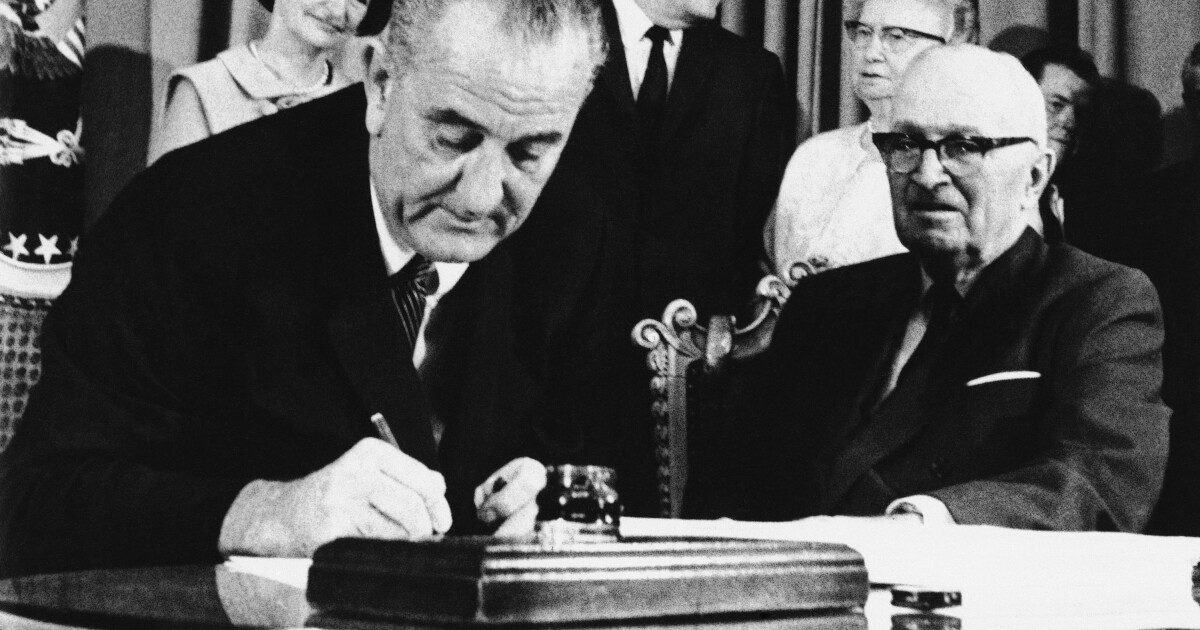 With battle lines being drawn on Capitol Hill over what to cut or trim out of President Biden’s multitrillion-dollar Build Back Better bill, Democrats are making positive noises about means-testing the social programs in the bill.

This is an old idea for limiting the reach of government programs. It’s also a terrible idea. The majority Democrats should shun it.

The principal figure in the means-testing camp is Sen. Joe Manchin III (D-W.Va.), who seems to be popping up lately wherever an obnoxious option for whittling down the bill is needed.

Means-tested programs are poor in the sense that they’re starved, they’re subject to annual budget decisions and they don’t reach the people they need to reach.

Manchin’s particular target, according to Axios, is the child tax credit. The credit happens to be one of the more positive developments in government programs to come out of Washington in years, so why not cut it back, seems to be the theme.

Manchin reportedly advocates a family income limit of $60,000, along with the imposition of a work requirement to remain eligible for the child tax credit — two features that would make the program all but useless for the vast majority of American families. His Democratic colleagues are pondering whether to meet his objections by continuing the credit for only another year, rather than making it permanent as Biden proposed.

Democrats also appear to be looking more kindly on means-testing other social programs in the measure. “Should folks who have means, do we want to provide them the same benefit that you’d provided somebody who’s mired in poverty?” Sen. Tom Carper (D-Del.) told Axios.

“No, we don’t have the money to do that anyway,” he added. Given how much richer the U.S. is than the rest of the developed world and how much stingier is our social spending, this remark deserves a prime spot in the Museum of Absurdity.

So a review of the principles and record of means-testing social programs is warranted.

Put simply, means-testing calls for limiting programs to beneficiaries with incomes or assets that fall below a given ceiling, typically with sharp cutoffs over that level.

Affordable Care Act premium subsidies were also means-tested: They were available to families with incomes up to 400% of the federal poverty limit, or $106,000 this year for a family of four. Earn one dollar more than that, and your eligibility for the subsidies fell to zero.

That points to one of the main flaws of means-testing, which is that it often produces a “subsidy cliff,” in which rising income means a reduction or elimination of benefits. That discourages beneficiaries from trying to better their incomes within a certain range.

The ACA subsidy design was an artifact of political bargaining in 2010, when it was enacted. But it was always evident that the subsidies needed to be expanded and increased.

The American Rescue Plan, the latest installment of pandemic relief, which President Biden signed in March, did so by changing the system to one in which no household in the individual health insurance market is required to pay more than 8.5% of income toward the benchmark ACA plan premium.

That eliminates the subsidy cliff by making the benefit available to any household that meets the 8.5% figure. The new structure has been incorporated into the Build Back Better bill.

Government services that enjoy broad popularity are not means-tested. That includes public schools and, in many states, public higher education.

Federally funded public roads, bridges and other infrastructure are generally open to everyone without tolls or fees, though state and local governments have imposed or increased tolls and fares on some projects and systems under their jurisdiction.

Means-tested programs tend to be politically vulnerable and carelessly crafted, chiefly because they’re targeted at the most politically powerless segments of society. Wilbur Cohen, who participated in the birth of Social Security in 1935 and helped create Medicare and Medicaid as a government aide in the 1960s, always maintained that “programs for the poor are poor programs.”

Medicare, the universal program for healthcare for seniors, has always been more popular and politically secure than Medicaid, which was enacted at the same time in 1965 as a targeted program for low-income Americans.

Finally, means-tested programs involve inquiries into beneficiaries’, well, means. Medicaid eligibility is based on income limits set individually by states. Parts of the program are also limited to beneficiaries with no more than $2,000 in assets ($3,000 or $4,000 for couples).

The application process can be intrusive enough to discourage even eligible people from applying, which obviously defeats a program’s purpose.

“Means-tested programs are poor in the sense that they’re starved, they’re subject to annual budget decisions and they don’t reach the people they need to reach,” says William Arnone, chief executive of the National Academy of Social Insurance.

Arnone emphasizes the distinction between social assistance programs, which are means-tested and targeted, and social insurance programs such as Medicare and Social Security, which are designed to be universal.

“How many times do we have to go down this route to know that if given a choice, social insurance is much more effective?” Arnone says.

A good example of how means-testing can undermine a program is Supplemental Security Income (SSI), a program aimed at low-income individuals who are also aged, blind or disabled. Enacted by the Nixon administration in 1972, SSI is managed by the Social Security Administration but funded separately out of the federal general revenues, not the payroll tax.

From its inception, SSI fell well short of expectations. The original projections were that 6 million beneficiaries would be served, but only 3.6 million signed up. One reason was plainly the rigors of the means test, which required documentation of income, assets and in-kind support and inquiry into living arrangements.

That reduced the short-term costs of SSI, but as Arnone and coauthors observed in a 2019 paper, “the long-run societal costs may be higher than if benefit eligibility were less stringent” — for example, if “potential beneficiaries who do not enroll end up in costly emergencies that require state intervention.” The SSI rolls still come to only 7.2 million today, 44 years after the program’s enactment.

None of this means that there’s no place for social assistance programs to fill particular gaps in the social safety net, such as food stamps and housing and heating subsidies. “Social insurance provides a unifying foundation based on benefits earned through contributions and not subject to means tests,” Arnone wrote recently. “Social assistance enables those whose contributions do not result in adequate benefits to increase them based on demonstrations of need.”

Nor does it mean that universal programs such as Social Security and Medicare must deliver the same value to everyone on the income ladder. But there are ways to make the necessary adjustments to achieve equity without destroying their status as universal programs and therefore their broad popularity, rather than implementing a means test.

Medicare, for example, does so by charging wealthier beneficiaries a higher premium for Part B, the program’s voluntary medical insurance program, and Part D, the prescription benefit.

Manchin’s demand for means-testing the child tax credit, and Democrats’ dalliance with the concept in general, again raises the question of who these people work for. If they work for the rich, this is what they’d be doing. If they work for ordinary Americans, they’re heading down a devastatingly dangerous road by making themselves, and the federal government, irrelevant to people’s lives.

If that’s their goal, why don’t they just quit Washington and make room for lawmakers who care about the people who elected them?