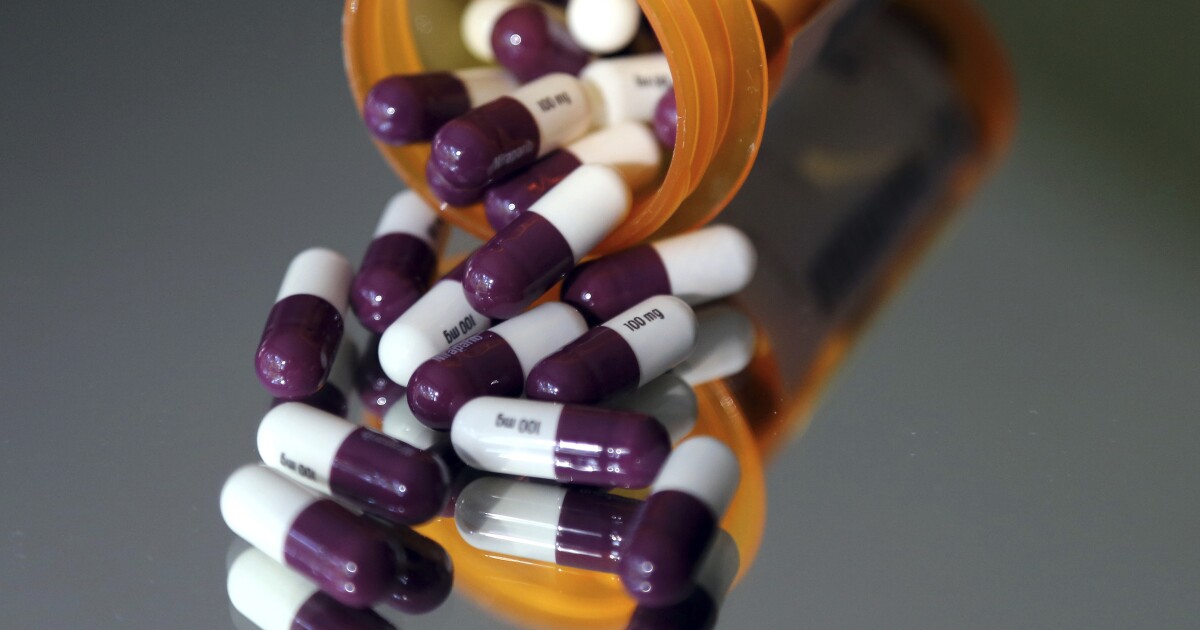 The pharmaceutical industry, bizarrely, told the American people this week that allowing Medicare to negotiate drug prices is tantamount to socialism, rather than an example of a healthy, competitive marketplace.

The industry said in an open letter to Congress that letting Medicare haggle on behalf of its 63 million beneficiaries would give the government “the power to set the price of medicines.”

Leaders of nearly two dozen drug manufacturers said that though they share Americans’ concerns over healthcare costs, “these dangerous policy experiments are not the answer.”

And guess what? This reasonable use of market power allows people in other countries to pay roughly half what Americans pay for prescription meds.

That’s what Democratic lawmakers are trying to address with legislation that would add dental and vision coverage to Medicare, as well as finally allow the program to negotiate prices with drug companies — a commonsense move long opposed by Republicans.

Not all Dems are on board with the idea. Several Democratic lawmakers on the House Energy and Commerce Committee, including Rep. Scott Peters of biotech-heavy San Diego, voted down the price-negotiation proposal Wednesday.

But the provision subsequently made it through the House Ways and Means Committee, keeping it in the legislation for now.

“There’s absolutely no reason for the government not to be negotiating drug prices,” said Anirban Basu, a professor of health economics at the University of Washington.

“Every economist thinks this should happen,” he told me. “All other countries do it.”

That’s not to say Medicare should be empowered to push drug prices so low that pharmaceutical companies are no longer profitable, Basu added.

“The important thing is to structure the negotiations so they are fair to everyone,” he said. “Again, this is how other countries do it.”

According to the nonpartisan Congressional Budget Office, the Democratic bill, if enacted, would save the government more than $450 billion over 10 years by allowing Medicare to seek fairer rates.

The average cost of drugs could be reduced by as much as 50%, the CBO estimated.

Faced with this possibility, the U.S. drug industry has gone into full Chicken Little mode.

The industry’s lobbying arm, Pharmaceutical Research and Manufacturers of America, or PhRMA, says U.S. patients would have less access to drugs under Medicare pricing, and innovation would suffer.

Stephen J. Ubl, the head of PhRMA, called the pending legislation “a smokescreen” for giving the government control over prescription medicines.

To bolster its case, the industry group shared quotes from top pharmaceutical execs warning of dire consequences if Medicare gained a seat at the bargaining table.

“We cannot and will not support policies that hurt patient access,” declared Dave Ricks, chief executive of Eli Lilly, one of three drug companies that have kept insulin prices at obscenely high levels for years.

“We will do significantly less research,” predicted Ken Frazier, CEO of Merck, manufacturer of the up-to-$20,000-a-dose cancer drug Keytruda.

This is what happens when drug companies are allowed to charge as much as they want for lifesaving medications, and when the single largest purchaser of pharmaceuticals — Medicare — has to pay whatever the industry demands.

Drug companies are happy to haggle individually with hundreds of private insurers. But the idea of staring down a government program that represents tens of millions of people is terrifying.

Simply put, you can’t gouge patients when they band together to this degree. You can only bargain in good faith.

And that’s not how the $500-billion U.S. drug industry is accustomed to doing business.

Scott Barkowski, a health economist at Clemson University, said it’s easiest to understand the stakes if you imagine the drug market as a really big pie.

“If the government is given the ability to use its substantial control of medical care spending in negotiating prices, American consumers of healthcare will be able to take a larger portion of the pie,” he told me.

“This does not necessarily make society better off, because the pie is the same size,” Barkowski said. “But one may consider it a more fair split of the pie between consumers and producers.”

He acknowledged, though, that drug companies are correct to worry that less revenue could mean less research into new products.

“The returns to medical innovation will not be as great, and it could cause innovation to slow,” Barkowski said.

Slow, perhaps, but not disappear.

The CBO estimates that out of 300 new drugs expected to be approved in the U.S. over the next decade, allowing Medicare to negotiate prices could lower that total by eight drugs.

Not the worst odds you’ll ever face.

“That’s an innovation reduction of less than 5%,” said Basu at the University of Washington. “That means more than 95% of current innovation would continue.”

It’s all about getting the most bang for our healthcare bucks. Right now, Americans spend about twice as much for healthcare as citizens of other developed countries.

A big reason for that is Medicare being forced by drugmakers to cover prescription meds on a take-it-or-leave-it basis — pay what we want or no soup for you.

“When Medicare pays more for a drug than it is worth, the extra money it spends on the drug could have been spent on other treatments,” said Jeffrey Hoch, associate director of the Center for Healthcare Policy and Research at UC Davis.

“This concept is clearly understood in other countries,” he said. “This is why their healthcare systems encourage the use of negotiations.”

As stated above, it’s all about structuring things so we can achieve fairness for all concerned. The smart play, I imagine, is to create a nonpartisan, Federal Reserve-like entity that can approach Medicare drug pricing (and, perhaps later, “Medicare for all”) with impartiality.

The drug industry wants you to think a government takeover of the pharmaceutical industry is in the works. It isn’t.

The only thing Democratic lawmakers are proposing, other than making Medicare more effective with dental and vision coverage, is to employ well-established, capitalistic, free-market economics — namely, buyers and sellers collaborating to reach a fair price.

In their letter to Congress, the drug companies call their industry “the envy of the world.” That’s certainly true of the amazing products they create.

It’s absolutely not the case when it comes to how much they charge.

Tags: Los Angeles News
Previous Story
‘Like a sunset’ — developers propose a Hollywood office tower with a bold sculptural design
Next Story
Column: This oil industry group sued its environmentalist critics and landed itself in bankruptcy