Column: Election day shows that the Democratic Party should make sure voters know how it’s helping them

Homepage News Column: Election day shows that the Democratic Party should make sure voters know how it's helping them
News

Column: Election day shows that the Democratic Party should make sure voters know how it’s helping them 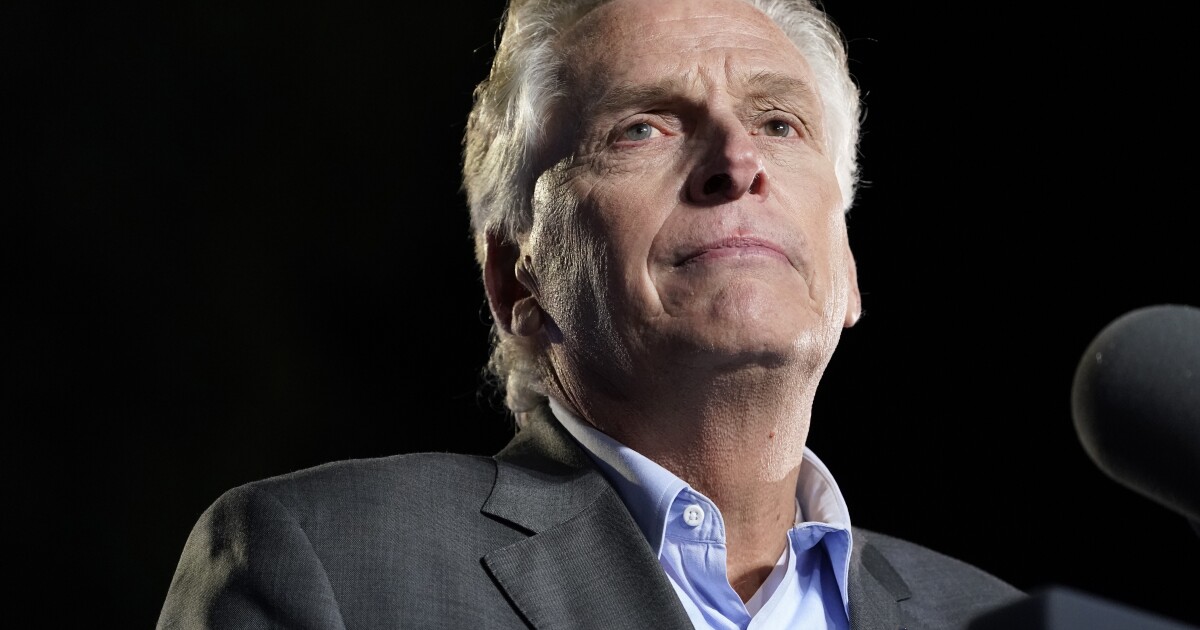 Haven’t we seen this horror movie before?

The Democratic Party’s problem in recent decades has been that instead of showing American voters how much it’s doing for them, it runs away from its programs like it’s fleeing the scene of the crime.

The last time that happened, the achievement was the Affordable Care Act, which was destined to bring health coverage to 20 million middle- and working-class Americans for the first time and to eradicate the inequities that crushed many more with medical bills.

Instead of shouting the ACA’s virtues from the rooftops, the Democrats let Republicans define the bill as a “disaster” and ridicule it as “Obamacare.”

The harvest was the 2014 election, in which the GOP strengthened its majority in the House of Representatives and gained control of the Senate.

Judging from the results of Tuesday’s election, the same process is unfolding now. As I write, Democrats have lost the Virginia governorship and possibly the state Legislature, and New Jersey’s Democratic Gov. Phil Murphy, who was expected to win handily, is locked in a too-close-to-call race.

The lessons of the election will be masticated to a pulp over the next days, weeks and months — probably until the results are in from the November 2022 midterm election. But a few observations are ripe now.

One is that there’s always a difference between a party’s legislative program and record, and electoral mechanics. Democrats have been fairly good at crafting the first to assist ordinary Americans, and often incompetent at the second. Some of this incompetence falls into the category of inadequate “messaging” skills, which isn’t too wide of the mark.

One of the questions sure to be worked over in the aftermath of the Virginia race is whether the Democrats would have done better with a stronger candidate than former Gov. Terry McAuliffe.

McAuliffe evidently ran a lackluster campaign; among other shortcomings, not until the very end of campaign did he call out his opponent, Glenn Youngkin, for the openly racist themes of Youngkin’s campaign.

But McAuliffe, like Democrats generally, failed to make clear to voters what was at stake in the election, including the programs and policies that will be reversed or eviscerated under Republican control. Youngkin said he will opt for tighter restrictions on abortion and tougher treatment of transgender students and on teaching about race. He’s hinted at restrictions on voting rights.

That brings us to the crux of the matter: how voters feel about the Democratic Party platform. More to the point: What do they know about it?

What we know is that voters support most of the key provisions of the Democratic program, typically by wide margins. We can see that from the results of the most recent opinion poll on the issues, a national tracking poll conducted from Oct. 30 through Nov. 1 by Morning Consult and Politico.

The poll sample was 1,996 registered voters interviewed online, evenly divided between Democrats and Republicans. Central to the poll were questions about the provisions of President Biden’s Build Back Better plan, which is currently the subject of wrangling on Capitol Hill.

The Democrats have run into trouble completing the enactment of the plan in part because their majorities in Congress are wafer-thin, but also because they haven’t mustered enough backing from ordinary voters to place pressure on holdouts.

Let’s examine what it found. In general, many of these provisions had bipartisan support.

Respondents supported paid medical and family leave by 70% to 20%. Even among self-described Republicans, support was 59%-32%. (These figures combine “strongly support” and “somewhat support,” and “somewhat oppose” and “strongly oppose.” Where the results don’t add up to 100, the balance is respondents who said they “don’t know” or had no opinion.) The margin of error was two percentage points.

Child care assistance and universal pre-kindergarten was favored 61%-28%. Extending the child tax credit for a year won 53%-34% support. Home healthcare subsidies for seniors and disabled persons was favored by 79%-12%.

Extending and enhancing Affordable Care Act premium subsidies was supported 53%-30%, and providing Medicaid coverage to low-income residents of the 12 states that haven’t expanded Medicaid under the ACA was supported even more strongly, 63%-24%.

As for how to pay for the Build Back Better program, the respondents supported imposing a minimum tax on corporations by 59%-23%, and the so-called billionaires tax — a 5% surtax on incomes above $10 million and another 3% on income above $25 million — was supported 57%-25%. Republicans were closely divided, 42% in favor to 40% opposed.

It’s proper to note that some of these provisions have already been dropped from the Build Back Better package, the result of reducing it from a measure costing $3.5 trillion over 10 years to $1.75 trillion to satisfy conservative Democratic Sen. Joe Manchin III of West Virginia.

Never mind that even at $3.5 trillion over a decade the package would be minuscule as compared with the size of the U.S. economy, the federal budget, or such unproductive spending as the defense budget.

Among the provisions Democrats have thrown over the side were free community college, paid medical and child care leave, and utility grants for increasing renewable energy sources. What’s left, however, is still revolutionary in terms of remaking the government to benefit ordinary Americans.

The poll results point to the Democrats’ failure to make sure that voters know what’s in their program and what’s at stake if it falls away. This is also a significant failure of a press fixated on the horse-race aspects of policy-making, perhaps because there’s no intellectual heavy lifting involved. Delving into the details of policies and their potential impact on people’s lives is so much more labor-intensive, and who wants it?

But that leaves voters confused and therefore easily misled about what these policies mean to their lives. The exact same phenomenon infected coverage of the Affordable Care Act, opening the door to its misrepresentation by the GOP. As I reported in 2013, just as the ACA insurance exchanges were launched, Americans actually loved Obamacare.

When it was broken down into its individual components, it was clear that Americans favored every one: Closing the Medicare drug benefit doughnut hole: 81% in favor. Extending dependent coverage to offspring up to age 26: 76% in favor. Expanding Medicaid: 71% in favor. Banning exclusions for preexisting conditions: 66% in favor.

When the same respondents were asked how they felt about “Obamacare,” however, the result was 43% unfavorable to 39% favorable. It has taken nearly 10 years for the American public to be brought around to the virtues of the Affordable Care Act (in December 2020, the Gallup poll reported that 55% of respondents approve of the ACA).

That’s a bad sign, for it suggests that negative branding of even a highly advantageous policy is hard to undo, once it takes root. Today’s Democrats better get on the stick to protect their program, prontissimo.

Are they capable of doing so? Effective communication of positive policies is hard. The most accomplished politician in that regard was certainly Franklin Roosevelt, who never let voters forget what was at stake when Republicans tried to attack the New Deal.

His finest moment came during the New York Democratic State Convention in September 1936, as his reelection campaign was being launched amid GOP attacks on Social Security and other Rooseveltian reforms.

Notice FDR’s painstaking enumeration of the elements of his program, and his puncturing of his opponents’ sophistry. The political landscape may have evolved since 1936, but the Democrats’ challenge to win and keep support for a program that will benefit most Americans hasn’t changed one little bit.