Column: Feds rule that Musk and Tesla are no friend to workers

Homepage News Column: Feds rule that Musk and Tesla are no friend to workers
News

Column: Feds rule that Musk and Tesla are no friend to workers 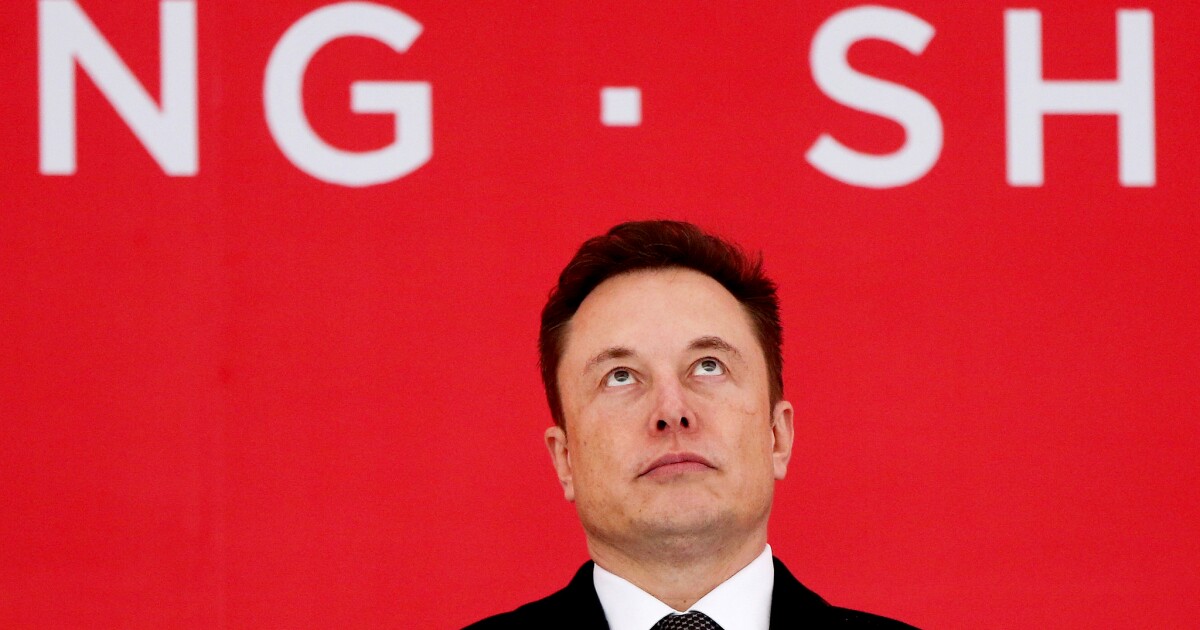 A casual follower of the electric vehicle company Tesla and its chief executive, Elon Musk, might almost be convinced that it exists for the unalloyed benefit of its workforce.

After all, Musk volunteered to take upon himself the legal consequences from the premature reopening of Tesla’s Fremont factory in violation of Alameda County regulations last May. (“If anyone is arrested, I ask that it only be me,” he tweeted.)

The National Labor Relations Board has a different view of things. In a decision issued Thursday, the NLRB ruled that Tesla violated federal labor laws in multiple ways while the United Auto Workers and other unions were trying to organize the Fremont plant.

Why pay union dues & give up stock options for nothing?

The NLRB found Tesla guilty of “coercively interrogating” three employees over unionizing activities and illegally firing one and disciplining another. It also said Musk illegally threatened via Twitter that employees would lose their Tesla stock options if they voted in favor of a union and illegally imposed a gag order on employees that could interfere with their union organizing.

The board ordered Tesla to reinstate the fired employee, Richard Ortiz, with back pay; delete the offending tweet about stock options and make a corrective announcement about it at all Tesla facilities nationwide; and rescind the gag rule.

The board’s decision, which upheld much of a decision issued in September 2019 by administrative law judge Amita Baman Tracy, provides some context to the position of Musk and Tesla that the employees have it so good that they don’t need a union — indeed, that unionizing would have a negative effect on their livelihoods.

“Why pay union dues & give up stock options for nothing?” Musk tweeted on May 20, 2018 — the tweet the NLRB ordered deleted.

This is not the first time Musk has been sanctioned for ill-advised tweets. In 2019, the Securities and Exchange Commission imposed $20-million penalties on Tesla and Musk for Musk’s “misconduct” in issuing a 2018 tweet in which he claimed to have “funding secured” to take the car company private at $420 a share. Musk was also required to step down as Tesla chairman.

Nor is it the first case in which Musk and the company have been accused of policies detrimental to the company’s employees, though not all the others have come from government sources.

Union representatives have long maintained that safety measures are sometimes overlooked at the Fremont plant, leading to unnecessary injuries. After Musk’s battle with Alameda County authorities ended with a county permit to reopen — before which the plant had been operating in violation of county orders — COVID-19 cases among its workers rose.

Tesla is restarting production today against Alameda County rules. I will be on the line with everyone else. If anyone is arrested, I ask that it only be me.

According to data compiled by PlainSite, a group devoted to publishing public information, a total of about 440 COVID-19 cases appeared among the factory’s workers from May through December. The data don’t specify where the employees may have been infected.

Musk was fully aware that his reopening of the Fremont factory last May violated public health directives.

“Tesla is restarting production today against Alameda County rules,” he tweeted on May 11. As for his request to be the only one arrested, rank-and-file workers, who had no role in the reopening decision, were not likely to face legal liability. In the event, neither Musk nor anybody else was arrested.

Musk himself has become a fount of COVID-19 skepticism and misinformation, which isn’t good for anybody. On March 19, 2020, he tweeted that there would be “probably close to zero new cases in US” by the end of April.

The number has risen ever since, with a total of more than 30 million cases reported in the U.S. thus far since the end of February 2020 and an average of more than 58,000 new cases a day over the last week.

Musk also has expressed doubts to his nearly 50 million followers on Twitter about the COVID-19 vaccines manufactured by Moderna and Pfizer, which require two shots spaced several weeks apart. “Some debate about the second jab….Quite a few negative reactions to that,” he tweeted on March 12.

Earlier in the pandemic, he also tweeted a positive opinion about chloroquine, an antimalarial drug, as an anti-COVID treatment. The drug was also promoted by then-President Trump. It has since been found to be useless for the purpose.

In its decision Thursday, the NLRB overturned some of Tracy’s findings but went beyond her ruling in one particular, involving the company’s gag order on employees.

The order was embodied in a “confidentiality agreement” that Tesla required all employees to sign in October and November 2016. Among its provisions was a statement that “it is never OK to communicate with the media or someone closely related to the media about Tesla, unless you have been specifically authorized in writing to do so.”

Nothing stopping Tesla team at our car plant from voting union. Could do so tmrw if they wanted. But why pay union dues & give up stock options for nothing? Our safety record is 2X better than when plant was UAW & everybody already gets healthcare.

Tracy concluded that the rule applied only to Tesla’s confidential proprietary information, which the company has a right to protect.

The NLRB majority, however, found that the provision also covered non-confidential information such as wages and working conditions. Therefore, it illegally interfered with the right of workers and union organizers to bring such information to each others’ attention and to the media.

At the other end of the spectrum, the majority overturned Tracy’s conclusion that statements by a Tesla executive that a majority of employees didn’t wish to unionize and the executive’s questioning of why employees would want to pay union dues was “unlawfully coercive.”

The majority said that the executive “simply conveyed her apparent belief” and wasn’t threatening.

The majority did agree with Tracy that Musk’s tweet raising the prospect of the loss of employees’ stock options if they voted for a union was unlawfully coercive. (Tesla argued unsuccessfully in a legal filing that Musk was exercising his free speech rights through the tweet.)

Ortiz, the employee ordered reinstated with back pay, is identified by the NLRB as one of the most active supporters of unionization, who had passed out union leaflets on the premises and even testified on behalf of unionization before the California Legislature. All those activities are protected by federal law.

He and other workers were thrown off the Fremont grounds by security guards. Ortiz was fired in October 2017.

Tags: Los Angeles News
Previous Story
California’s unemployment is at a pandemic low, a recovery ‘milestone’
Next Story
Theme parks can reopen with indoor rides — but lines must be outdoors