Column: Few have quit their jobs over COVID-19 vaccine mandates, but thousands have gotten shots

Column: Few have quit their jobs over COVID-19 vaccine mandates, but thousands have gotten shots 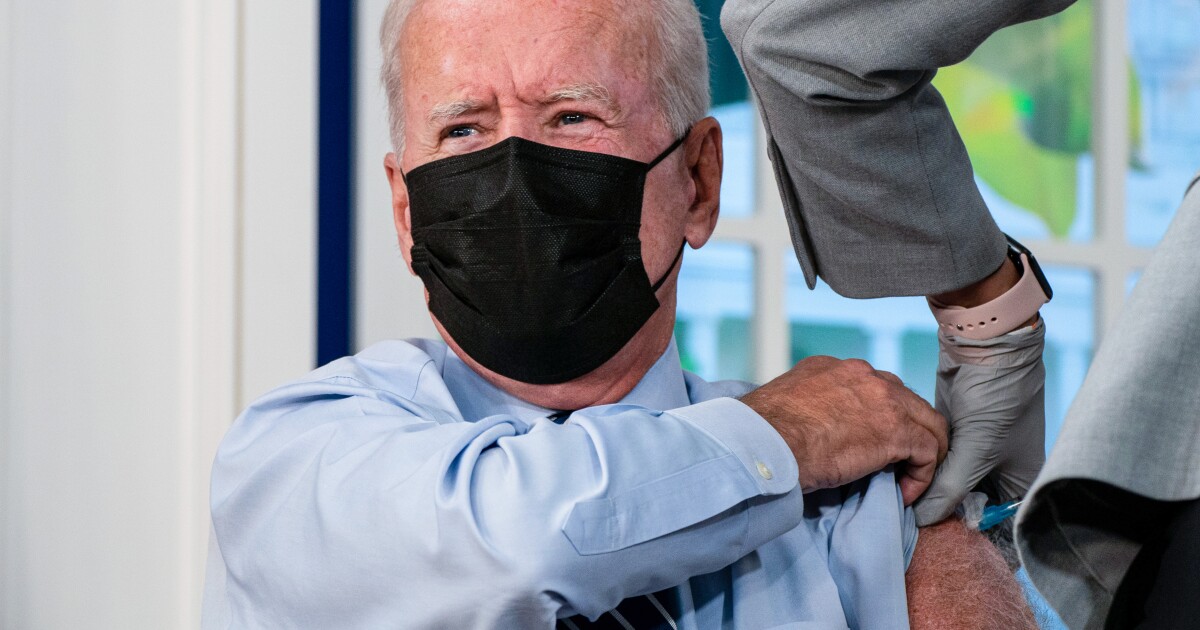 As vaccination mandates have spread through the public and private sectors, so too have the threats of mass resignations.

Reports of these pushbacks were always suspect, but lately some hard numbers have emerged.

The bottom line is that the mandates may have provoked a few hundred workers to resign in protest here or there — but they’ve also prompted thousands to get their shots against COVID-19.

When vaccine requirements are announced,…there is attention paid to the often dozen(s) who protest. Less attention is paid to the thousands who get vaccinated.

In other words, vaccination mandates are working.

You might not know that from the excessive news coverage afforded protests against the mandates. We covered this phenomenon recently as it applies to overreporting on small clumps of loudmouthed extremists in the political sphere.

We also expressed doubt about how many workers pledging to quit rather than get vaccinated would actually follow through once the threat of lost paychecks became real.

The news media love yarns about individuals fighting majority rule, even when their position is wrongheaded or, as in the case of vaccine resisters, a danger to themselves and their neighbors. Those who do the right thing don’t get nearly as much airtime.

Andy Slavitt, a former director of Medicare and Medicaid (under Obama) and pandemic advisor to President Biden, emphasizes that point.

“When vaccine requirements are announced, whether in the military, a company, or a hospital, there is attention paid to the often dozen(s) who protest,” he tweeted Monday. “Less attention is paid to the thousands who get vaccinated.” (Slavitt is also the author of “Preventable,” a must-read book on how the U.S. blew multiple opportunities to get the pandemic under control.)

State and national vaccination acceptance might be considerably higher if more publicity is given to successful efforts to get shots into arms. According to the Centers for Disease Control and Prevention, 64.4% of Americans have received at least one vaccine dose against COVID-19, and 55.4% are fully vaccinated.

The rate is much lower in some states, however. In Mississippi, for example, just below 50% of the total population is fully vaccinated — the fourth worst rate in the nation, ahead of only Wyoming, West Virginia and Idaho. But the football team at the University of Mississippi is 100% vaccinated, thanks to a strong persuasive effort by head coach Lane Kiffin.

Boston College and the University of Arizona are the only other teams among the NCAA’s top five schools to report 100% vaccination.

About five of the teams in the top-10 rankings by the Associated Press say they’ve achieved a 90% vaccination rate or higher. The incentives for their coaches and players are plain: COVID-19 outbreaks can result in canceled games and losses by default.

One lesson arising from the actual record of resignations over mandates is that talk is cheap, but action is expensive. Promises to resign are common, but when push comes to shove, the majority of holdouts get their shots.

So let’s look at how vaccination mandates are working out. To begin with, we should note that these mandates are getting tougher.

Just this week, New York Gov. Kathy Hochul put her foot down on her order that all healthcare workers were to receive at least one shot by Monday or face termination.

Hochul was prepared to allow professionals licensed by other states or countries to practice in New York if the mandate produced staff shortages. Her administration also warned that healthcare workers who were terminated for flouting the order wouldn’t be eligible for unemployment benefits.

Northwell Health, New York City’s largest private hospital system, said it fired about two dozen workers Monday for refusing to get their shots. They were the last holdouts among a few hundred unvaccinated workers who had been warned to meet the state’s deadline. Northwell has 73,000 employees, so the terminations represent about three-hundredths of a percent of its workforce.

Similar outcomes have been reported across the country. In Massachusetts, where the union representing State Police troopers asserted last week that “dozens of troopers have already submitted their resignation paperwork,” the police administration says it has received only a single resignation.

Over at the National Basketball Assn., vaccine refusers such as Brooklyn Nets point guard Kyrie Irving get lots of press, but the league says 90% are vaccinated. The league’s goal of 100% is helped by local rules in New York and San Francisco requiring players in indoor arenas to be vaccinated.

The league has denied a request from forward Andrew Wiggins of the Golden State Warriors, who play in San Francisco’s Chase Center, for a religious exemption from the city’s mandate. The NBA’s regular season starts Oct. 19.

Employers and government agencies have become stricter about allowing exemptions for religious reasons. This is proper.

No major religion counsels against vaccination. Pope Francis, the leader of the Roman Catholic Church, has urged adherents to get vaccinated, stating that getting a shot that is “authorized by the respective authorities” is an “act of love.” Even denominations that counsel against some medical interventions allow for vaccines, including Jehovah’s Witnesses and Christian Scientists.

Demonstrating that a take-no-prisoners approach to vaccination bears fruit is United Airlines, which has led the commercial aviation industry in aiming for 100% compliance. The company says that since it imposed its mandate, which requires all its 67,000 U.S. employees to get vaccinated by Oct. 25 or face termination, its vaccination rate has exceeded 97%.

The U.S. military has also been a leader in vaccinations, despite inordinate publicity being given to theatrical announcements of resignations. The Pentagon says that 90% of all active-duty troops have received at least one vaccine dose. The overall vaccination rate is a much lower 70%, but the entire force must be fully vaccinated by the end of this year or face consequences that include dishonorable discharge or even court-martial.

As vaccination mandates spread, resisters may increasingly find themselves boxed in: fewer employers willing to tolerate unvaccinated workers, and fewer willing to accept unwarranted exceptions. That may be the most encouraging trend in the history of this pandemic yet.