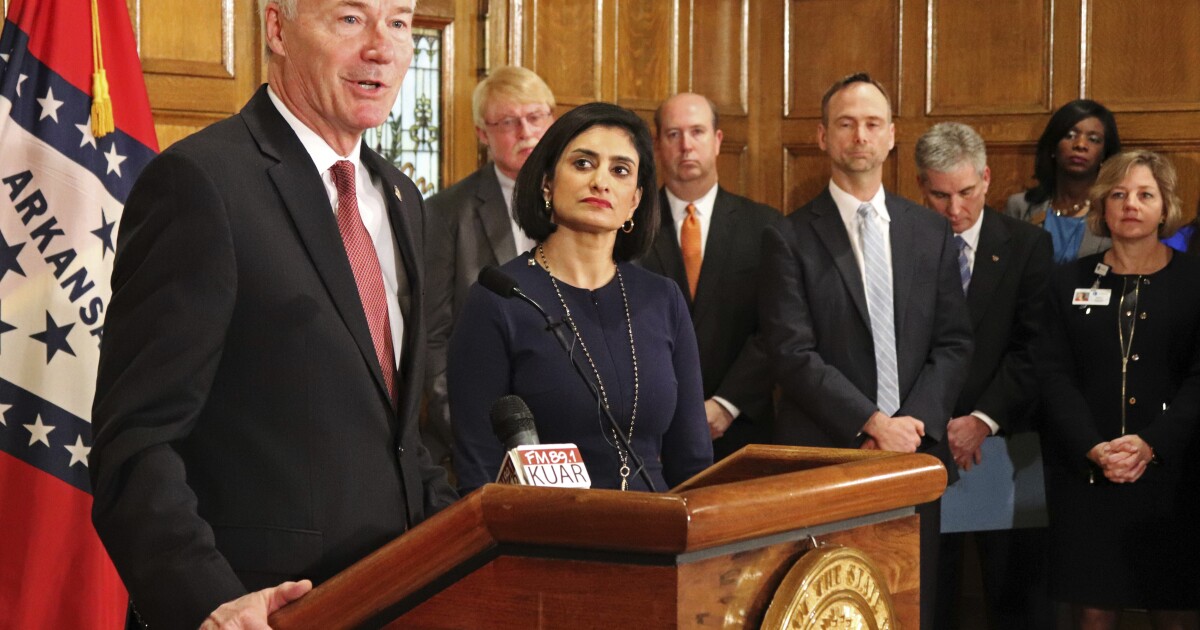 If there is a single policy that symbolizes the Trumpian/conservative approach to healthcare, it’s the imposition of work requirements on Medicaid recipients.

Healthcare experts warned from the inception that work requirements would throw thousands of people off Medicaid, wouldn’t increase employment, would be expensive to administer, would probably be ruled illegal and were unnecessary.

They were right on all counts.

We found no evidence that the policy succeeded in its stated goal of promoting work and instead found substantial evidence of harm.

As one of its first healthcare initiatives, the Biden administration has consigned work requirements to the trash heap.

In letters to states that had asked the federal government for permission to impose work rules on Medicaid, the administration has made clear that they won’t be approved.

The Centers for Medicare and Medicaid Services, the agency overseeing Medicaid, informed Arkansas, the only state that actually put the work policy into practice, that the policy’s approval by the Trump administration is almost certain to be rescinded.

The CMS told Arkansas and New Hampshire, which also received approval from the Trump administration, that the agency has “preliminarily determined” that the work rules “would not promote the objectives of the Medicaid program” — a statutory requirement for any departure from strict eligibility standards for Medicaid. Within the confines of bureaucratic jargon, the message was unmistakable: work requirements are dead.

The letters also told the states that the CMS has “serious concerns about … policies that create a risk of a substantial loss of health care coverage in the near term.” The CMS cited the COVID-19 pandemic, which has had “a significant impact on the health of Medicaid beneficiaries.” That’s a sharp departure from Trump’s approach, which didn’t appear to see the loss of enrollment as a major problem.

Even after the immediate crisis is past, the CMS told the states, the possibility of lingering effects from COVID-19 will continue to threaten the health of Medicaid enrollees.

The CMS advisory won’t have any immediate effect in Arkansas. That’s because a federal judge overturned its work requirement in 2019. The applicability of work requirements to Medicaid is, however, before the Supreme Court, which has scheduled oral arguments for next month. The Biden administration’s action may render the issue moot.

As we’ve reported before, work requirements for Medicaid were a hobby horse of the Trump administration wholeheartedly endorsed by conservative state governments.

Although they sported the veneer of fiscal responsibility — typically they were pitched as efficient, money-saving, common-sense rules — they were rooted in the notion of the undeserving poor. Why give nonworking layabouts a handout?

Former President Trump’s CMS director, Seema Verma, was a leading exponent of these measures. She claimed that they were targeted at “able-bodied adults,” code for the low-income population that was added to Medicaid rolls via the Affordable Care Act.

“The thought that a program designed for our most vulnerable citizens should be used as a vehicle to serve working age, able-bodied adults does not make sense,” Verma, a former aide to Vice President Mike Pence during his time as Indiana governor, declared in a 2017 speech.

That was the law, however, in states that chose to expand Medicaid through the ACA.

Under then-President Obama, Medicaid officials rejected state proposals to tweak Medicaid standards in ways that would reduce enrollment. Under Trump, red states lined up to take advantage of Trump’s indulgence toward throwing people out of the program.

By that measure, the Arkansas program worked perfectly. The program required Medicaid enrollees to show 80 hours per month of employment, job search, job training or community service. Pregnant women, disabled people, students and a few other categories were exempt.

The work-hour reports had to be made online, though the reporting website was out of order for long stretches and many enrollees don’t have adequate internet access.

A team from the Harvard T.H. Chan School of Public Health reported last September that between the program’s launch in June 2018 and its suspension by a federal judge in April 2019, some 18,000 enrollees lost their eligibility. That was during a partial rollout, moreover, in which only adults aged 30-49 were subject to the rules.

The researchers’ conclusions were straightforward and devastating.

“We found no evidence that the policy succeeded in its stated goal of promoting work,” they wrote, “and instead found substantial evidence of harm to health care coverage and access.”

That there were no indications of increased employment among the subject population was unsurprising, because more than 95% of the target population was already working enough to meet the requirements or were exempt.

The reporting system Arkansas set up was inaccessible to large swaths of the target group, the researchers found. Only about 11% listed an internet website as their preferred means of reporting their work record to the state, even though that was the only reporting option for most of 2018.

The impact of the loss of Medicaid enrollment on the 18,000 victims was dire. Their average medical debt rose to more than $2,260 in the year of disenrollment, compared with $1,752 for those who stayed in the program.

In terms of administrative costs, the work rules were not penny-wise but plain foolish. The researchers estimated that implementation cost more than $26 million, of which 17% was paid by the state and the rest by the federal government.

The Arkansas study should have buried the very idea of work requirements for Medicaid, but many red states were still interested.

At the moment that the Biden administration signaled the end of the policy, eight states had Trump-era approvals in hand (Arizona, Georgia, Indiana, Nebraska, Ohio, South Carolina, Utah and Wisconsin) and applications by seven others were pending (Alabama, Idaho, Mississippi, Montana, Oklahoma, South Dakota and Tennessee). Courts had overturned the rules in Kentucky, Michigan and New Hampshire, in addition to Arkansas.