Column: How the University of California outfoxed Catholic hospitals on religious medical restrictions

Column: How the University of California outfoxed Catholic hospitals on religious medical restrictions 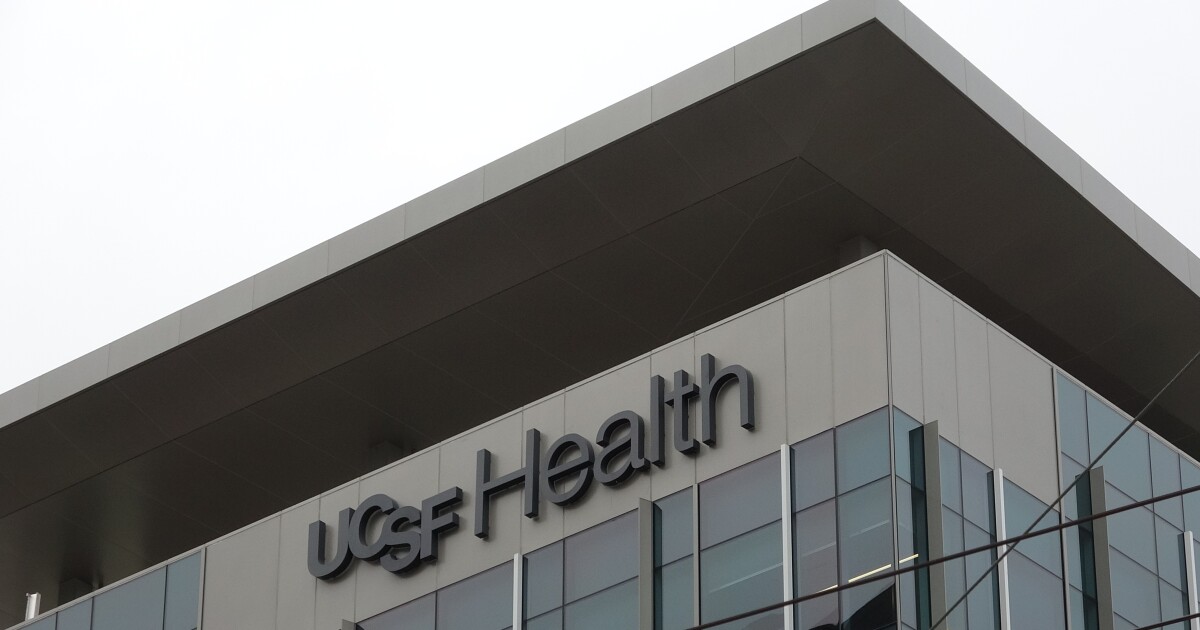 Until the afternoon of June 23, it seemed that the University of California Board of Regents was prepared to accept religious restrictions on healthcare delivered by UC doctors working in Catholic hospitals.

Then, virtually in the blink of an eye, the ground shifted.

In a unanimous vote (with one abstention), the regents that afternoon approved new standards governing UC affiliations with those hospitals and others that impose “policy-based” restrictions on care.

We’re celebrating that UC recognizes that it can’t let its providers participate in a system that discriminates in the provision of care.

The standards sharply reduce — even eliminate — the ability of those hospitals to place limits on the authority of UC doctors and other personnel to prescribe and perform treatments while they’re practicing at those hospitals, regardless of whether they violate religious doctrine.

On their face, the standards answered the question of whether UC professionals should be subject to religious restrictions at sectarian hospitals with a resounding “No.”

More broadly, the vote may stand as the most significant rebuff by a major medical institution to the encroachment of religious restrictions into American healthcare thus far. It comes at a time when Catholic hospitals have been increasing their footprint in the U.S. and are becoming increasingly strict in the application of church healthcare doctrine.

The surprise regents vote, according to many observers of the long-running controversy over UC affiliations with religious healthcare institutions, reflected the political skills of board Chair John A. Pérez, a critic of religious restrictions on care. (Pérez stepped down as chair on Thursday but took up the chairmanship of the regents’ health services committee.)

It was clear to Pérez and other observers that many regents were reluctant to rule out such affiliations entirely, but some were hesitant to cast a vote appearing to accept the practices of religious hospital systems that bar certain medical procedures for women and LGBTQ patients.

The June 23 vote was certain to be painful because the specific recommendation on the board’s agenda, which had been drafted by the office of UC President Michael V. Drake, allowed for the affiliations but lacked all the safeguards allowing UC personnel to practice free from religious constraints that critics thought necessary.

As the meeting began, Pérez unveiled a package of five amendments to Drake’s recommendation. He hadn’t circulated the amendments to any regents prior to the meeting. Virtually all appeared to view his proposal as a path out of what was sure to be a fraught debate. They grasped at the amendments as if at a lifeline, approving them on a voice vote with only a brief public discussion.

Pérez’s tactic effectively blindsided supporters of expanded affiliations. Among them was Carrie Byington, the head of UC Health, the administrative division overseeing UC’s medical centers. Byington told the regents after the vote that she would need time to consult with affiliates such as Catholic systems “to understand … their interpretation of what we have proposed.”

If Byington is suggesting that affiliation partners will have a say in how the policy is implemented, she’s probably wrong.

“This is a UC policy and that’s who decides it,” Mary Gauvain, a psychology professor at UC Riverside and chair of the UC Academic Senate, which represents the university’s systemwide faculty, told me. “Groups that want to affiliate with us must understand that they don’t have a voice in creating UC policy.”

Many critics of the affiliations seem to view the result as a major step in asserting UC’s authority over its partnerships with outside medical providers.

In practice, that means affiliations with Catholic hospitals, both because the Catholic Church applies the most stringent limitations on medical practice in its hospitals and because those systems have become major players in healthcare delivery in California and across the nation, now accounting for 1 in 6 acute-care hospital beds in America.

But the policy applies to affiliations with all institutions employing “policy-based” judgments — that is, any unrelated to strictly scientific or medical grounds.

The issue of affiliations with institutions that restrict care on religious grounds reached the front burner in early 2019, when UC San Francisco sought to expand its professional affiliation with four hospitals owned by the Catholic chain Dignity Health. Thanks to an uproar by UCSF personnel, the proposal was abandoned.

Catholic doctrine is embodied in a document titled Ethical and Religious Directives for Catholic Health Care Services. It’s a product of the U.S. Conference of Catholic Bishops, is enforced by bishops at the local level and prohibits numerous medical procedures at Catholic hospitals, including most abortions, sterilization procedures such as tubal ligations, hysterectomies for transgender patients, and end-of-life care such as assisted suicide.

Pérez’s amendments established two key principles. One is that UC can only affiliate with systems that “agree to offer care on a non-discriminatory basis.” That means that if an affiliated system offers a procedure to any patient, it must offer it to all patients for whom it’s prescribed.

That would arguably apply in the case of Evan Minton, a patient whose scheduled hysterectomy at a Dignity Health hospital in 2016 was canceled by the hospital one day after it learned that Minton was transgender.

A state court of appeal found that the hospital had illegally discriminated against Minton. Dignity, which acknowledges the operation was canceled in accordance with the Ethical and Religious Directives, has petitioned the U.S. Supreme Court to review the case.

The second key principle is that UC personnel working at an affiliate must be permitted to provide any medically indicated care to a patient at that hospital if the UC personnel determine that transferring the patient would be “detrimental to the patient’s care.”

That undercuts the position of Catholic hospitals that they don’t prevent UC doctors on their premises from counseling and prescribing any treatments they see fit, even if they violate the ERDs, and that UC doctors can simply transfer patients needing banned procedures elsewhere. Doctors say that transfers can put patients at risk — not merely in strictly physical terms, but even on psychological grounds.

The UC administrators will have to “find language to clarify and define what it means for a transfer to be ‘detrimental to the patient’s care,’” says Lisa Ikemoto, an expert in bioethics at UC Davis law school.

The regents’ vote doesn’t mean that the debate over religious restrictions on UC personnel is fully resolved. UC President Drake has been instructed to write specific rules codifying the regents’ vote and bring them back to the board in 60 days.

Critics of affiliations between UC and healthcare systems imposing limits on care will scrutinize those rules for any departure from the principles approved by the regents.

“This is not over by any stretch,” said Vanessa Jacoby, an associate professor in the Department of Obstetrics, Gynecology, and Reproductive Sciences at UC San Francisco and a leading critic of UC affiliations with Catholic health systems.

Nor does the regents’ policy resolve all the issues that critics of the Catholic affiliations have raised. UC personnel may still be prevented from implanting an IUD in a patient or performing an abortion except in narrowly defined emergencies because those procedures are banned by the ERDs.

Another question is what might happen if a UC doctor determines that an ERD-banned procedure must be done in place but the staff of a Catholic hospital refuses to participate — whether because of their personal objections or in compliance with a hospital’s policy. That would effectively prevent the UC doctor from doing his or her job.

The ERDs, after all, warn Catholic hospital officials against affiliating “with a health care entity that permits immoral procedures” and require Catholic institutions to “ensure that neither its administrators nor its employees will manage, carry out, assist in carrying out, make its facilities available for, make referrals for, or benefit from the revenue generated by immoral procedures.”

In a letter to Drake two days before the regents’ vote, however, the alliance stated that accusations of discrimination in Catholic healthcare were based on “misinformation and inaccurate assertions.”

Although Catholic hospitals don’t perform every medical procedure, the alliance wrote, “the services we do provide are provided to all members of the community without discrimination.”

To defend that claim, however, the alliance letter redefined some of the procedures at issue in the disputes over affiliation. It stated, for example, that hysterectomies “are not performed for any patient, regardless of sex or gender identity … when no pathology is present.” But that applies a narrow definition to “pathology” — applying only to gynecological conditions suffered by women.

That ignores that gender affirmation is “a validated medical indication for a hysterectomy,” Jacoby says.

“The alliance is not making a medical argument,” says Elizabeth Gill, a senior attorney at the ACLU of Northern California who has been involved in litigation against Catholic hospital systems on discrimination grounds.

Despite the uncertainties that still exist over how the UC policy will be finalized, the regents evidently have turned the tables on UC’s would-be partners. Before June 23, the vast university system seemed to be searching for ways to justify reaching deals that compromised its values to meet the demands of other institutions’ policies. To meet the principles set down by the regents’ vote, those institutions will have to come to terms with the university’s values.

Tags: Los Angeles News
Previous Story
The 7 things to look for at the new weed wonderland not far from Disneyland
Next Story
Column: In surprise upset, historians rule that Trump was not the worst president ever