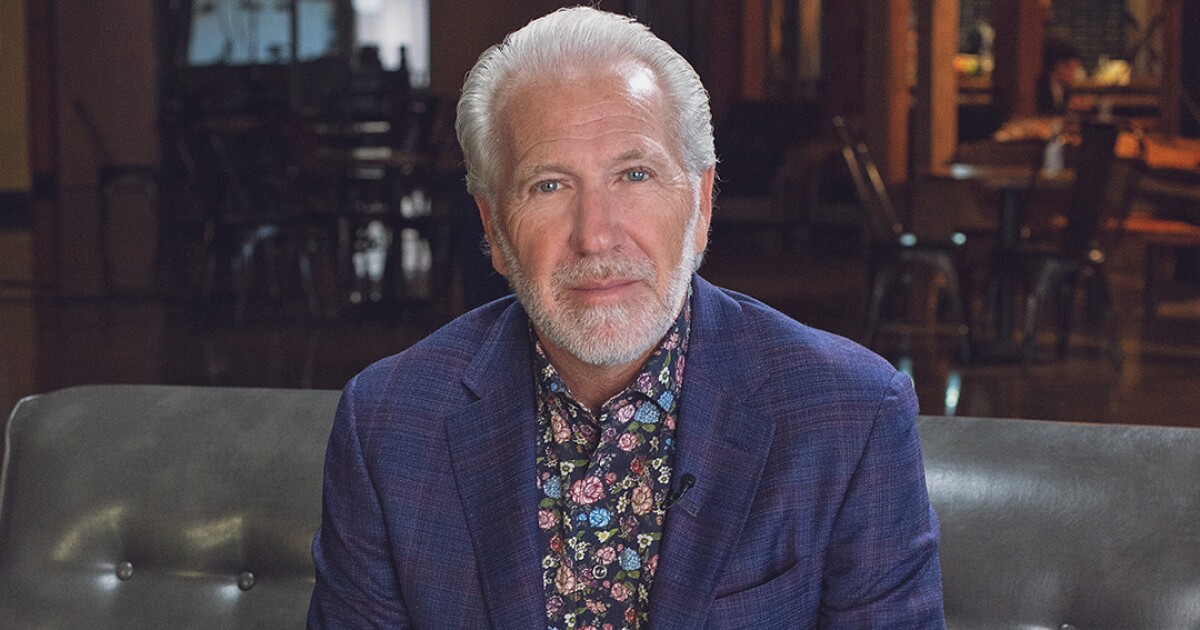 For one thing, religious beliefs are almost impossible to disprove. Courts have said that they don’t have to conform to the tenets of any particular religion. They can even contradict doctrinal statements by religious leaders, up to and including the Roman Catholic pope. For that matter, they don’t have to be related to any major religion.

Inquiring too deeply into the basis for an individual’s religious beliefs is frowned upon by judges and society at large.

According to the U.S. Equal Employment Opportunity Commission, federal law requires only that the beliefs cited to justify an exemption from an employer’s policies be “sincerely held,” which is almost a metaphysical judgment.

Federal courts have said, moreover, that sincerity should be “generally presumed.”

There are no empirical statistics for how many vaccine objectors cite religion, or how many who do so actually believe their own claims. In a 2014 survey of statements published on anti-vaccine websites, Dorit Rubinstein Reiss of UC Hastings College of the Law found numerous examples in which objectors “openly state they lie about religion.”

Among them were comments expressing concerns about vaccine safety, “with the religious argument being used as a way to evade the obligation to vaccinate”; some that advocated claiming to follow a religion that was not their own, or even creating a fake religion; and some in which the writers openly admitted lying.

In the era of COVID, there’s a burgeoning market in religious exemptions. Sites sponsored by churches, religious groups and politicians have sprung up across the web advising followers how to apply.

Interest in the exemptions has increased as vaccination mandates get tighter, especially for healthcare workers, as escape clauses such as regular COVID testing are eliminated, and vaccine refusers are threatened with firings.

The Christian legal aid group Liberty Counsel offers a templates of letters to send to employers or others mandating vaccination to claim a religious exemption.

So does Tulsa evangelical pastor Jackson Lahmeyer, who has made the quest for religious exemptions a feature of his campaign for the GOP nomination in Oklahoma for a U.S. Senate seat. Forms care also being offered by 412 Murrieta, an evangelical church in Riverside County.

Megachurch pastor Greg Fairrington of Sacramento has also provided his followers with a letter attesting to their “sincere belief.” Fairrington told my colleague Robin Estrin that his church has received “thousands of phone calls from doctors, nurses, educators and first responders, in tears, fearing that their livelihoods hang in the balance because of their religious convictions.”

A church group in Washington state has been holding seminars around that state to help people seek religious accommodation. Right-wing Tennessee pastor Greg Locke told his congregation in May that if any of them were threatened with termination by an employer for refusing a vaccine, “I can write you a religious exemption and we will sue their stinkin’ pants off!” (Recently, Locke was permanently banned from Twitter for purveying COVID misinformation.)

Landry made his statement only hours before Democratic Gov. John Bel Edwards reimposed a statewide mandate that masks be worn indoors.

“There’s a whole industry telling people how to game the exemption,” Reiss says.

Advice about how to claim a religious exemption is typically based on the notion that such exemptions are required by law and that those claims can’t be questioned. But that’s not so.

“The law doesn’t require a religious exemption to vaccination,” UC Berkeley Law School Dean Erwin Chemerinsky told me. “Government might want to [allow an exemption], and private employers might want to do it, but there’s no legal requirement.”

One reason is that America is such a religiously “cosmopolitan nation,” as Supreme Court Justice Antonin Scalia put it in the key case on the issue in 1990, that granting religious exemptions to generally applicable laws would undermine “civic obligations of almost every conceivable kind.”

Among them, Scalia wrote for the majority, are compulsory military service, the payment of taxes, drug laws, traffic laws and, yes, “compulsory vaccination laws.” Scalia concluded, “The First Amendment’s protection of religious liberty does not require this.”

That reduced the analysis of religious exemption claims to the question of whether the law or mandate being challenged was generally applicable or aimed at discriminating against religious observance.

As Chemerinsky observed in a Times op-ed in July, “Laws that require vaccination are the epitome of a neutral law of general applicability: a requirement that applies to everyone and that was not motivated by a desire to interfere with religion.”

For all that, indulgence of claimed religious scruples has been expanding in recent years, evidently as a way for conservative politicians to appeal to religious voters.

A pressure point has been the mandate under the Affordable Care Act that health insurance coverage in the individual market cover contraceptives without cost-sharing.

In 2014, the Supreme Court gave privately held corporations the right to claim religious exemptions to the ACA’s contraceptive mandate. Last year, the court upheld a Trump administration expansion of the exemption to nonprofits and private companies claiming “moral” objections to the mandate.

Reversal of the Trump policy has been on the Biden administration’s agenda, but that hasn’t been done yet.

Under pressure to increase workforce vaccinations to respond to the pandemic, employers have shown more interest in validating workers’ religious claims. However, “some ways of policing exemptions are closed,” Reiss says.

Employers can’t require letters from religious leaders because the standard doesn’t require that one’s religion prohibits vaccination. They can’t try to access the rationality of the belief.

“In practice,” Reiss told me, “you’re left with trying to get into people’s minds, which helps people who are good liars or have access to others who are telling them what to say.”

Employers can try to determine if those claiming religious exemptions are following their principles consistently, though acting impiously or inconsistently with one’s claimed beliefs isn’t necessarily a disqualification.

Conway Regional Health System of Little Rock, Ark., asks employees claiming exemptions based on concerns that the COVID vaccines were developed using cells from aborted fetuses to attest that they won’t use such products as Tylenol, Pepto-Bismol, Preparation H and Tums — that it says were also developed or tested using fetal cell lines.

About 5% of the 440 employees have claimed religious or medical exemptions, the system says (the other 95% are vaccinated). “We thought it was prudent just to try to get some clarification with staff, so the staff understood what they were committing to,” Chief Executive Matt Troup told local reporters. “We can’t have staff who claim a sincerely held belief, but then don’t don’t live by it in other aspects of their life.”

A key question is whether employees are claiming genuinely religious scruples, or something else.

As Reiss observed in a 2014 article, when employers have inquired into the nature of claimants’ “religious” beliefs, they have determined that they weren’t religious at all. Rather, they involved concerns about vaccines’ safety that were cloaked in religious verbiage, in part to take advantage of courts’ traditional tolerance for religious claims.

“There are multiple indications that the majority of parents who take an exemption do not do so for religious reasons,” Reiss found.

That’s not to say that their concerns aren’t necessary insincere, only that they’re not religious.

The phenomenon may be even more pronounced in relation to the COVID-19 vaccines, both because their use has become politicized through partisanship and because objectors may have come under the sway of misinformation and disinformation from anti-vaccine groups. Claiming religious grounds for resistance may keep objectors from having to subject their justifications to outside scrutiny.

Among the indications that the claims are not genuinely religious is that virtually all major religions approve of vaccinations; some, such as the Mormon church, actively encourage them.

Even denominations skeptical of modern medical interventions, such as the Jehovah’s Witnesses and Christian Scientists, don’t oppose vaccine mandates but allow their believers to follow vaccine mandates as a matter of personal choice.

Some Catholics say their objection to the COVID-19 vaccines derives from the use of abortion-derived cell lines in their development or production. The Colorado Catholic Conference, the policy arm of that state’s bishops, even produced a sample letter making that very point, which adherents can present to their local pastor to sign.

But the U.S. Conference of Catholic Bishops, which oversees the application of church doctrine to healthcare, acknowledges that the claim is a stretch.

The conference says that neither Pfizer nor Moderna, the makers of the leading COVID-19 vaccines in use in the U.S., used such cells in their vaccine development, though “such a cell line was used to test the efficacy of both vaccines.”

That said, the conference ruled that in those cases “the use is very remote from the initial evil of the abortion.” Given the health risks of contracting or transmitting COVID-19, the bishops said, it’s possible to receive any of the clinically recommended vaccines “in good conscience” and without concerns that doing so would “involve immoral cooperation in abortion.”

In any case, resistance to vaccines runs counter to the position of the Vatican. In a video released in August, Pope Francis called “being vaccinated with vaccines authorized by the competent authorities … an act of love. And contributing to ensure the majority of people are vaccinated is an act of love.”

Tags: Los Angeles News
Previous Story
This is what’s behind the success of the Bautista Family Organic Date Ranch
Next Story
Tesla to move headquarters to Texas from Palo Alto