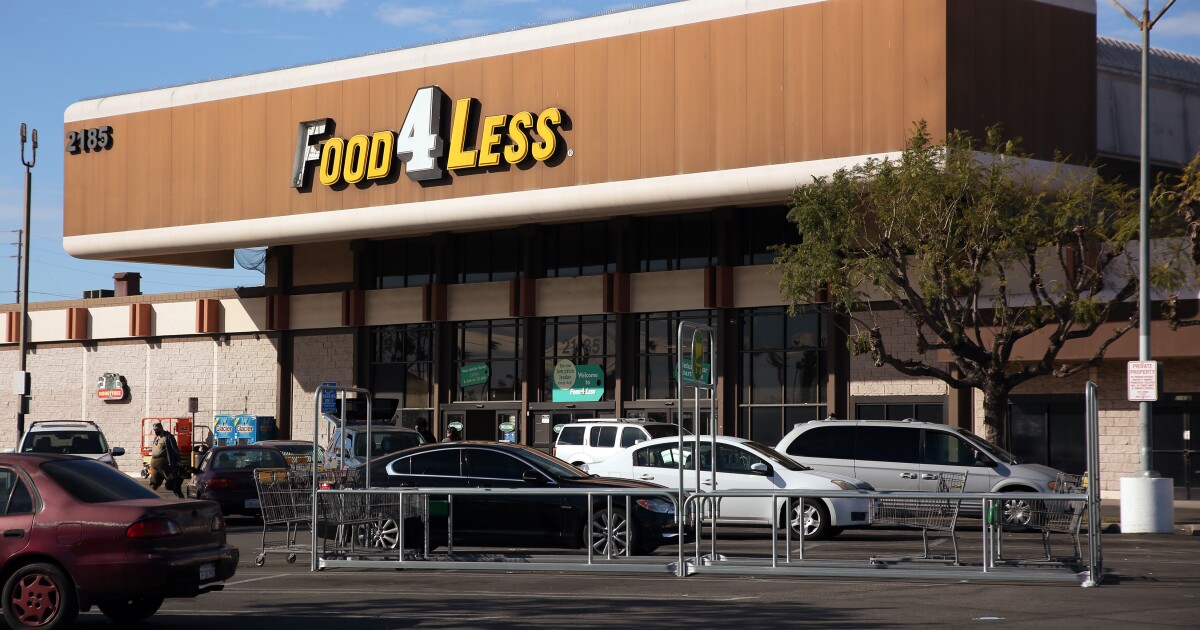 You could have gotten misty-eyed reading what Kroger Co. Chairman and Chief Executive Rodney McMullen had to say in December about his firm’s front-line employees, including those working at Kroger’s Ralphs and Food 4 Less stores in California.

“Our Kroger family of associates have been nothing short of incredible during the pandemic and they continue to inspire me every day,” McMullen said upon announcing nine-month results in 2020.

He spoke of how proud he was of the dedicated employees who continued so diligently “serving our customers when they need us most” during the pandemic.

It’s like ‘The Empire Strikes Back.’ They don’t like what’s happening, and they’re just going to blow it up.

Spoken from the heart, no doubt. When it comes to speaking from the pocketbook, however, Kroger is rather more eloquent. After instituting a $2 hourly “hero pay” wage bump in April, early in the COVID-19 pandemic, Kroger ended the program May 17 (though it was subsequently shamed into paying a one-time bonus to front-line workers).

Now it’s taking an even harder stance. After Long Beach enacted an ordinance requiring supermarkets and other big stores selling groceries to pay their rank-and-file employees an extra $4 an hour, Kroger announced it was closing two of its stores in the city, a Ralphs and a Food 4 Less.

“The message to cities is, ‘You do this, you’ll suffer,’” Andrea Zinder, president of Local 324 of the United Food and Commercial Workers, which represents the Long Beach workers, told me.

Zinder said the message is also aimed at unions, which have been pushing for hazard pay for rank-and-file employees who don’t have the option of working from home and typically come face to face with the public.

The California Grocers Assn. is suing three cities — Long Beach, Oakland, and Montebello — to challenge their extra-pay ordinances. Announcing its lawsuit against Oakland and Montebello on Wednesday, the association called the added pay “too big a cost increase for any grocery retailer to absorb without consequence.”

Kroger described the Long Beach ordinance, which went into effect Jan. 22 and continues for four months, as a “misguided action.” It said “the irreparable harm that will come to employees and local citizens as a direct result of the City of Long Beach’s attempt to pick winners and losers, is deeply unfortunate.”

That irreparable harm will come to the workers if they can’t be transferred to other nearby Kroger stores, a process that is largely within the company’s control. (Union contracts give workers the right to bump more junior employees elsewhere out of their jobs, but that would mean someone else loses his or her work.) Kroger didn’t respond to my request for further comment.

About 160 workers are employed at the two Long Beach stores, which are now scheduled to close in April. Average hourly wages are $16 to $18, Zinder says.

Long Beach isn’t the first locality to step up to protect rank-and-file workers from their employers’ cheeseparing ways during the pandemic, and it won’t be the last. Seattle and Santa Monica, among other communities, already have passed hero-pay ordinances.

The Los Angeles City Council on Tuesday voted to have the city attorney draft an ordinance ordering grocers to pay $5 an hour extra for four months.

Nor has every grocery chain reacted as coldly as Kroger. After the Seattle City Council mandated a $4 hourly increase for the duration of the pandemic emergency, Trader Joe’s bumped up its $2 hourly hazard pay to $4 nationwide. (The chain did say, however, that it would cancel a scheduled midyear companywide raise, meaning that the temporary hazard pay increase came at the expense of a permanent raise.)

Albertsons, the owner of Vons and Pavilions stores in Southern California and Safeway in Northern California, hasn’t taken a position on the local wage ordinances, but it hasn’t said it’s closing any stores in Long Beach.

Kroger, which ranks second only to Walmart as a U.S. food retailer (ranked by revenue), has done great from the pandemic.

According to its third-quarter 2020 financial disclosures, issued Dec. 3 and covering the nine months that ended Nov. 7, its sales during that stretch increased by 9%, rising to $101.8 billion from $93.4 billion a year earlier, as customers forced to stay at home shifted to cooking more rather than eating at restaurants.

Profits really took off, doubling to $2.66 billion from $1.33 billion a year earlier.

The company made no secret of who it believes deserves to pocket the gains from this windfall: shareholders.

During 2020, the company increased its shareholder dividend by 13%. It also repurchased nearly $1 billion in stock, money that indirectly flows to shareholders too. Kroger’s stock price has risen by about 28% over the last 12 months, outstripping the 18.2% rise in the broader stock market as represented by the Standard & Poor’s 500 index.

Kroger isn’t alone in reaping the windfall. “Amidst a recession that permanently closed 400,000 small businesses by June,” the Brookings Institution reported in December, “the enormous size and scale of the top retail companies have positioned them to flourish and expand their market share.” Kroger and Albertsons were among the companies reporting record profits through much of 2020, the think tank noted in its report.

Brookings listed Best Buy, Target and Home Depot among the “leaders” in compensating workers for the risks of working through the pandemic. All three employers permanently raised wages after having provided relatively generous temporary hazard increases.

But Kroger, Albertsons and others haven’t offered permanent wage increases and haven’t offered hazard pay in months. “The end of hazard pay … undermined racial, ethnic, and gender equity,” Brookings noted, since “women and workers of color are overrepresented among the retail frontline workforce.”

As hazard pay ordinances come under consideration nationwide, Kroger’s strong-arm tactics may place it on the wrong side of a hot-button issue.

“It’s like ‘The Empire Strikes Back,’” says John Grant, president of UFCW Local 770, which represents 31,000 food and drug retail workers in the city of Los Angeles and parts of Los Angeles, Ventura, Santa Barbara and San Luis Obispo counties. “They don’t like what’s happening, and they’re just going to blow it up.”