Column: She found a used condom in her rental car. Hertz hit her with a cleaning fee

Homepage News Column: She found a used condom in her rental car. Hertz hit her with a cleaning fee
News

Column: She found a used condom in her rental car. Hertz hit her with a cleaning fee 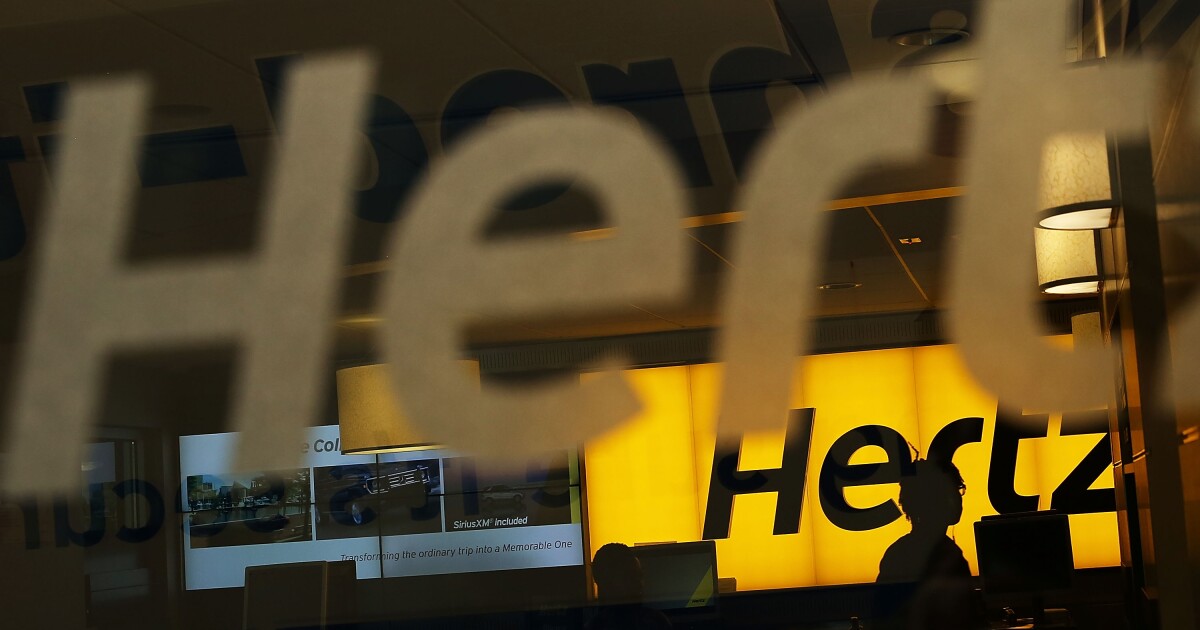 Emails from Hertz customers have been spilling in since I wrote the other day about a Highland Park man who was slapped with a $400 smoking charge by the rental-car giant even though he’s a nonsmoker.

Tim Keel, for example, told me about renting a Hertz car recently in Sacramento. He too was hit with the $400 smoking fee. He too is a nonsmoker. The Redondo Beach resident says he’s still struggling to have the fee waived.

But the story that really jumped out came from a Utah woman who shared with me her recent experience renting a car from Hertz while visiting family in Georgia.

Warning: This story is really disgusting.

It also makes me wonder if Hertz was deliberately inflicting gratuitous fees on customers as it wrestled with shaky finances. The company, which also operates the Thrifty and Dollar brands, emerged from more than a year of bankruptcy last week.

Faith Cenobio arrived in Decatur, Ga., on May 12 and proceeded to a Hertz outlet to pick up a 2019 Toyota Corolla. Like all savvy car renters, she made a point of inspecting the vehicle before driving off the lot.

Her rental agreement said the tank was full. It wasn’t. It was nearly empty. She pointed this out to the service rep, who made a note.

Cenobio then observed that it looked to her like the car hadn’t been vacuumed, even though it was supposedly “Gold Standard Clean,” which Hertz says “ensures you are the first inside following an enhanced 15-point cleaning process.”

She asked for another vehicle. The service rep said no other cars were available.

“It was either take it or you get nothing,” Cenobio, 40, recalled. “I wasn’t in a position to argue.”

So she took the car and drove to her sister’s house. That evening, Cenobio said, she put her 7-year-old niece in the back seat and they headed off to pick up some food for dinner.

“Five minutes up the road,” she told me, “my niece asks me about the plastic thing on the floor of the car. She didn’t know what it was.”

After they stopped, Cenobio said, she helped her niece out and took a look at what the girl had found.

“It was a condom full of semen.”

Cenobio said she was “horrified” by the discovery and quickly threw the thing into a trash can. She didn’t take a picture of it. (Pro tip: Always take pictures in situations like this.)

But she called Hertz to report the incident. A service rep, she said, didn’t offer an apology. “His first response was to ask what I want out of it.”

That is, to say the least, an ice-cold way of handling a problem of this sort. Cenobio replied that all she wanted was a clean car.

She said a manager called back to say no other cars were available.

The manager offered a $100 credit for her next Hertz rental. Cenobio said this wasn’t good enough.

She insisted that the $100 credit be applied to her current rental. The manager reluctantly agreed to do so, she said.

Could this possibly get any worse? Just wait.

When Cenobio returned the car to Hertz after six days, she made sure to have an employee inspect it in her presence. Then she headed to the airport to return home.

Just prior to boarding her flight, she said, Hertz emailed her a revised receipt that included a $75 cleaning charge.

After multiple attempts to reach someone, Cenobio said, she finally connected with a service rep who informed her that she was being billed for dog hair in the vehicle. Needless to say, there were no dogs in the car.

“The service rep said that unless I have photographic proof, they’re not going to drop the fee,” Cenobio said.

I asked how she was supposed to prove she didn’t have dogs in the car — a car that Hertz already acknowledged it didn’t vacuum even though it was supposedly “Gold Standard Clean.”

“I don’t know,” Cenobio answered. “In my opinion, they were charging me the $75 cleaning fee to partially recoup the money they paid for the condom.”

That was my guess as well. And I said as much to Hertz when I contacted the company on Cenobio’s behalf.

Lauren Luster, a Hertz spokeswoman, had relatively little to say about the situation.

She acknowledged the company offered a $100 credit to Cenobio “due to her expressed concerns.” She also said “a $50 cleaning fee was assessed for excessive pet hair found in the vehicle,” but said the fee was refunded “as a one-time gesture.”

I forwarded her Cenobio’s bill, which showed that a $75 fee was levied, not $50. Luster said the fee had been reduced “once the customer began to dispute the charge.” Apparently no one thought to inform the customer.

As for the condom, Luster said only that “our cleanliness standards were not met in this situation.”

If that was the case, I replied, why was a cleaning fee imposed at all? And why was Hertz patting itself on the back for refunding the fee as a “one-time gesture”?

Luster had no response to that.

Hertz filed for bankruptcy protection in May 2020. A year ago, the company warned investors its stock could end up being worthless.

As with the earlier case of the Highland Park nonsmoker being charged a $400 smoking fee, it’s striking that Hertz plays so rough with customers at a time when the company needs all the consumer goodwill it can get.

Keel, 63, the Redondo Beach nonsmoker who also got hit with a $400 smoking fee, said he suspects all these questionable charges are deliberate — making customers responsible for costs they have nothing to do with.

“It’s unethical and seems almost borderline illegal,” he told me.

Cenobio says she’s rented from Hertz for the last 15 years. She said it’s disappointing that it took nearly two months to resolve this matter, and that she couldn’t get anywhere until I stepped in.

Will she give the company one more chance?

“No,” Cenobio said without hesitation. “Never.”