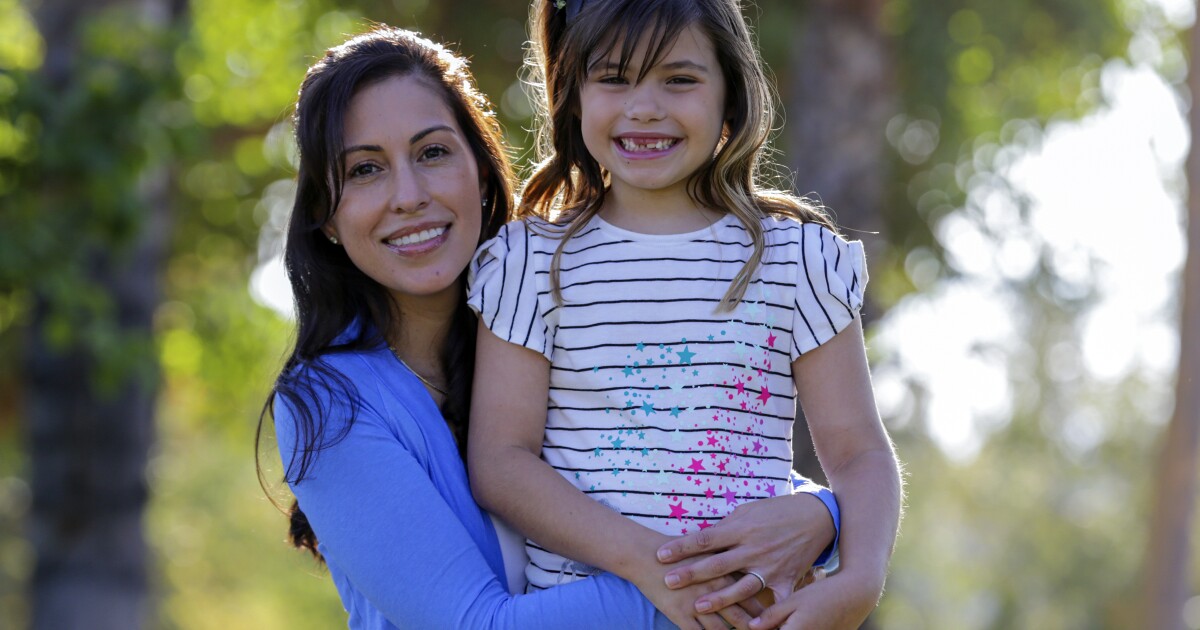 When last we reported on the fate of a stem cell-based cure for a rare childhood disease, we noted that the biotech firm managing the development of the cure with funding from the California stem cell program had shelved the project indefinitely.

That’s no longer the case. The firm, Orchard Therapeutics, announced Friday that it is abandoning the project permanently.

Patient advocates and the inventor of the treatment say that’s good news.

That’s because it opens the path to providing the treatment to patients on a compassionate basis promptly, rather than waiting for Orchard to go through more traditional steps for government approval.

“We have to take this as a win,” says Alysia Padilla-Vaccaro, whose 9-year-old daughter, Evangelina, received the treatment several years ago and has recovered from the disease.

Orchard’s chief executive, Bobby Gaspar, said that the firm had run into “technical issues specific to the commercial-grade manufacturing process … that must be addressed before we, or any other entity, could progress the program toward a regulatory submission.”

We have to take this as a win.

The treatment, which Orchard designated OTL-101, addresses severe combined immunodeficiency due to adenosine deaminase deficiency, or ADA-SCID. That’s a rare disease that deprives newborns of a functioning immune system.

Victims typically don’t live beyond the age of 2. The cure, however, has been shown in clinical trials to be spectacularly successful at restoring immune systems.

Orchard’s next task under its funding from the California Institute for Regenerative Medicine, or CIRM, and its license from UCLA and University College London, where the treatment was developed, was to run a small clinical trial to test the cure’s manufacturing.

Orchard put that trial on hold last May, citing “business reasons,” but previously had left open the possibility that it would restart it at some point in the future.

Instead, Gaspar said the firm had “to terminate our license agreement” from UCLA and UCL and “facilitate a smooth transfer of OTL-101 back to them.” The announcement came in the form of a letter addressed to “Advocates and Partners in Advancing Treatments for ADA-SCID.”

Donald Kohn, the stem cell scientist who developed the cure in his UCLA lab, said he would move to obtain permission from the Food and Drug Administration to treat patients at UCLA under the agency’s expanded access program “as soon as possible.”

The FDA program is designed to provide access to experimental drugs outside approved clinical trials to patients with a life-threatening condition.

Maria T. Millan, CIRM’s CEO, called Orchard’s decision “wonderful news for families who have children with ADA-SCID.” She said that securing expanded use permission from the FDA may take several months, however.

Previous trials have established its clinical safety and effectiveness, but manufacturing the treatment is unlikely to be a big moneymaker. The inherited condition occurs in between 1 in 200,000 and 1 in 1 million births, meaning that four to 20 cases occur in the U.S. on average every year.

Orchard had, however, secured FDA designations for the treatment as an orphan drug, a breakthrough therapy and a remedy for a rare pediatric disease, all of which allow for expedited review by the FDA. Its decision to place OTL-101 on indefinite hold posed a roadblock for existing patients’ access to the treatment.

The decision also raised questions about why UCLA and CIRM hadn’t moved more aggressively to take back the exclusive license Orchard held for development and commercialization of the drug, as they had a legal right to do. Orchard received an $8.5-million grant from CIRM in 2018 for clinical trials. Of that grant, $5.8 million remains unspent.

It’s unclear what motivated Orchard to give up the license at this stage. Gaspar’s letter acknowledged the disease community’s “strong preference that we return the program to our academic partners at this time.”

He said that Orchard, a money-losing London-based biotech startup, would assist with the effort by UCLA and CIRM to secure the FDA’s expanded-access approval.

Kohn told me by email that UCLA and University College London “will look for a new commercial partner” to seek permanent approval for the treatment from the FDA.

Tags: Los Angeles News
Previous Story
Zac Efron gets $5.3 million for his Los Feliz perch
Next Story
Workplace shootings are all too common in California. The latest one fits a pattern