Column: That Texas anti-abortion law is so much worse than you imagined. Here’s how

Homepage News Column: That Texas anti-abortion law is so much worse than you imagined. Here's how
News

Column: That Texas anti-abortion law is so much worse than you imagined. Here’s how 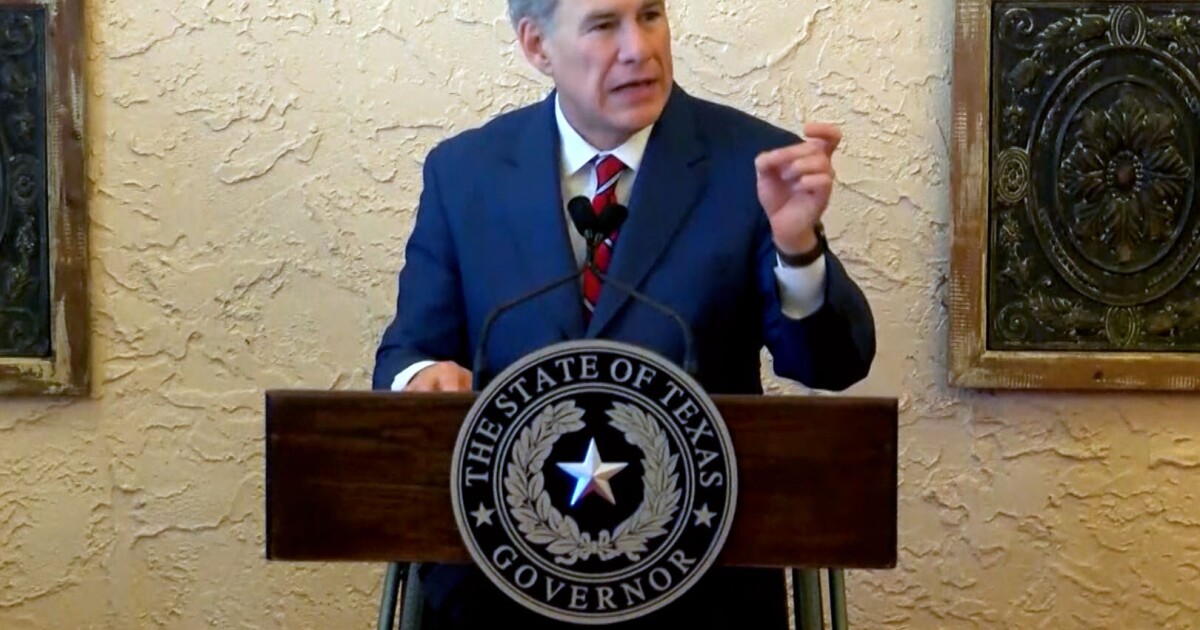 As is widely known by now, the anti-abortion law that took effect in Texas last month set a new standard for malicious attacks on women’s reproductive health rights.

But it’s a fair bet that the full breadth of its malice against anyone seeking an abortion isn’t as widely known. Its noxious features, however, were laid out in meticulous detail Wednesday by federal District Judge Robert Pitman of Austin.

Pitman temporarily blocked the law’s implementation in a painstakingly reasoned 113-page ruling in a lawsuit brought by the federal government. In the process, he took a well-aimed shot at the U.S. Supreme Court majority that allowed it to go into effect Sept. 1.

Asked by Texas to stay his preliminary injunction until the state could take an appeal to the U.S. 5th Circuit Court of Appeals, which is known as a very conservative court, Pitman flatly refused.

Unlike the Supreme Court majority, “this Court will not sanction one more day of this offensive deprivation of such an important right,” he stated.

The case is destined to land back in the lap of the Supreme Court anyway, but not for months at least; it’s anybody’s guess whether the court will use it to overturn the abortion rights enshrined in Roe vs. Wade.

Whatever happens there, Pitman’s accounting of the law’s evils underscores the irresponsibility of corporate leaders with interests in Texas who have remained silent and taken no action to fight this law.

High on the list of complicit business leaders is Tesla Chief Executive Elon Musk, who announced this week that he would move Tesla’s headquarters to Austin. That move will restrict the reproductive rights of the women in his Texas workforce and place his entire headquarters staff squarely in the crosshairs of the Texas law — for it reaches well beyond those seeking abortions and doctors who perform them.

Offered an opportunity to clarify, Musk tweeted, “In general, I believe government should rarely impose its will upon the people, and, when doing so, should aspire to maximize their cumulative happiness.”

Now let’s turn to the law itself, which is known as Senate Bill 8. It could be labeled cartoonishly malevolent were it not that it’s no laughing matter.

The law effectively criminalizes abortions performed after six weeks of pregnancy, a deadline that can arrive before many women even know they’re pregnant. As Pitman observed, it contains no exceptions for pregnancies resulting from rape or incest or for fetal health conditions “incompatible with life after birth.”

The law creates liability for anyone who “knowingly” aids or abets the performance of an abortion violating its terms. It doesn’t define aiding or abetting, though it does specify that paying for or reimbursing the costs of an abortion would qualify.

The liability would attach even if the payer didn’t know that the abortion would violate the law. Nor does it require a concrete act; “all that is required is that the person intended to ‘aid and abet,’” Pitman noted. (Emphasis his.)

The pioneering feature of the law is that it places enforcement in the hands not of government authorities, but of any private individual who chooses to bring suit. They can sue for injunctions to stop abortions, and can collect damages of at least $10,000 from their targets, as well as court costs and attorney fees. Plaintiffs bringing suit don’t have to demonstrate that they themselves suffered an injury.

What may be less widely known about the law are the constraints it places on targets trying to defend themselves. They can’t raise the defense that they believed the law is unconstitutional. They can’t claim they relied on a court decision overturning the law if it was later overruled, even if it was in place when they acted.

Defendants can’t recover costs and attorney fees, even if they prevail in court. The statute of limitations is four years.

SB 8 is layered atop previous Texas laws that aimed to nullify the right to abortion established by the Supreme Court. Texas requires doctors to perform an ultrasound before performing an abortion on a patient. It requires a series of counseling sessions and imposes a 24-hour waiting period. Appointments for counseling and medication abortions must be made in person.

All these provisions are obstacles without any medical rationales placed in the way of women seeking abortions. They won’t stop abortions, but will make them more dangerous.

“By eliminating safe and legal options, they only force abortion care underground with potentially devastating consequences,” Melaney Linton, the head of the Houston-area Planned Parenthood unit, testified in Pitman’s court.

Pitman observed that the private lawsuit provisions of SB 8 were intentionally designed to block judicial review of the statute, a scheme that “clothes private individuals with the State’s enforcement power.”

The judge pointed out that the state tried to disclaim responsibility for the law by allowing private individuals to be “deputized as enforcers” with a “roving commission to enforce the State’s abortion laws.” He didn’t buy it: “The State has its prints all over the statute,” he wrote.

Pitman placed the law’s impact on medical providers and their patients — “the hardships they had to endure after the law went into effect,” as he put it — central to his findings.

He quoted liberally from their declarations and testimony at a hearing he held Oct. 1 to document that the law places “an ongoing, wide-ranging, and debilitating burden on anyone associated with providing abortions, sufficient to effectively cut off access to the medical procedure entirely.”

A doctor “must be willing to pay no less than $10,000 for every abortion she performs,” he wrote. “So too must every nurse, security guard, insurer, or rideshare driver.” All face litigation possibly extending for years, with no chance of recovering their costs even if they win.

Unsurprisingly, the law’s burden has disproportionate economic and racial impact. “Pregnant patients who seek abortion care are often low-income and below the federal poverty line,” Allison Gilbert, a Dallas clinician, told the court, adding that “14.7% of working Texans live in poverty and 34.5% are low income.

“This number is even higher for women of color; 19.1% of Black women and 20.5% of Latina women live in poverty in Texas,” she said.

Gilbert told the court of the law’s “catastrophic effect” on her practice: “Our staff is plagued by fear and instability …. Most of our staff remain seriously concerned that even providing abortions in compliance with SB 8 will draw lawsuits from anti-abortion vigilantes or others seeking financial gain under SB 8’s bounty hunting scheme.”

She added: “We are turning away patients in droves.” SB 8, she testified, has emboldened protesters who mass in front of her clinic, as well as callers making violent threats. “Patients are panicked, both for themselves and their loved ones.”

This, then, is the legal regime implicitly sanctioned by businesses that stay silent or, worse, decide to establish or expand their operations in benighted Texas. That includes Oracle and Hewlett Packard Enterprise, two Silicon Valley stalwarts that announced in December plans to move their headquarters to Texas. Musk, who is viewed by his followers as some sort of visionary, responded to Gov. Abbott’s boasting about his state’s social policies with a tweet stating, “I would prefer to stay out of politics.”

Here’s a tip for Musk and his fellow would-be Texas business tycoons: You can’t stay out of politics. You’re a major employer, and politics impact your employees every day. If you really want to save the world as you claim, you should start right here.

Tags: Los Angeles News
Previous Story
Column: When will the Wall Street Journal stop publishing lab-leak propaganda?
Next Story
How much would it cost to shut down an offshore oil well in California? Who pays?