Column: The IRS can’t handle taxpayers’ calls. This firm found a way to cash in

Column: The IRS can’t handle taxpayers’ calls. This firm found a way to cash in 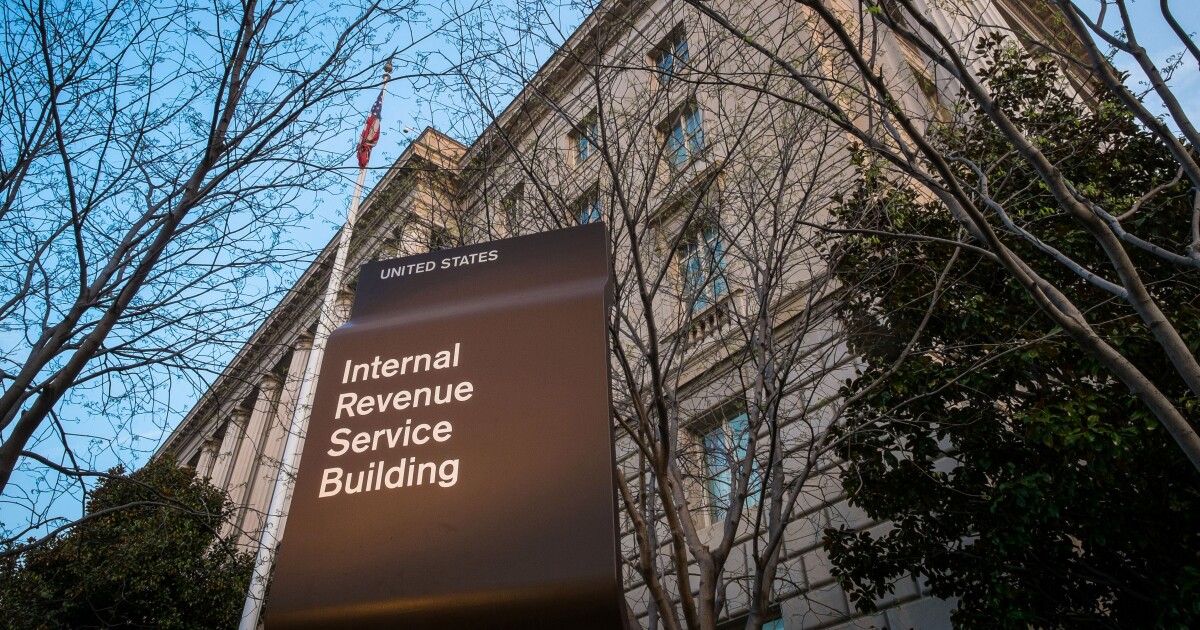 If you need to reach the Internal Revenue Service, your wait on hold will average about a half-hour, the tax agency says, noting that “some telephone service lines may have longer wait times.”

In fact, most calls won’t even be answered.

According to a recent report from the national taxpayer advocate, a steady string of Republican-led budget cuts means that of roughly 100 million calls to the IRS last year, only 24% were answered.

This being the land of opportunity, an enterprising Florida company has come up with a solution — for a price.

The company, called EnQ, swamps the IRS’ switchboard with its own calls, then sells desirable, time-saving slots near the head of the hold line to accountants and tax preparers willing to pay up to $1,000 a year.

By subscribing to the line-cutting service, EnQ says, tax professionals trying to reach the IRS can slash their waits on hold by as much as 90%.

The service also is available on a monthly basis to ordinary taxpayers who may be having difficulties resolving a problem with their returns.

“When there’s a problem, there’s an opportunity,” he told me.

Basically, Valiente has come up with a business that’s a lot like somebody offering, for a fee, to wait in line on your behalf outside Best Buy ahead of Black Friday.

“Calling the IRS is very painful,” he said. “We make it easier.”

“As a tax preparer who’s up against the wall with deadlines and client demands, this is a great service,” he told me.

“I don’t have the time nor the manpower to keep calling the IRS just to get through, and then wait over an hour to be able to speak to someone.”

For that reason, Pedroza, 32, said his tax firm is now weighing a regular subscription to EnQ.

However, as a taxpayer, he said EnQ’s moneymaking scheme “doesn’t sit well with me.”

“It seems that they’re monetizing something that should be free and available to everyone,” Pedroza observed. “They’re making a problem worse, and the IRS hasn’t done anything about it.”

Raphael Tulino, an IRS spokesperson, declined to comment on EnQ or its business practices.

He did point me, though, to a transcript of IRS Commissioner Charles P. Rettig’s testimony to Congress in May about the agency’s operations.

On March 15 alone, he said, 8.6 million calls — about 1,500 per second — were made to the IRS, compared with normal filing-season volume of up to 3 million calls a day.

Needless to say, the vast majority of those calls went unanswered. Rettig told lawmakers that the IRS’ ability to handle calls “is significantly less than where we want to be.”

This is great news for Valiente and EnQ. “We can help people get through to an agent,” he enthused.

Part of me is impressed by Valiente’s entrepreneurial gumption. As they say in business school, find a need and fill it.

At the same time, I agree with Pedroza that there’s something unseemly about not just exploiting a public agency’s shortcomings for profit but also making things worse in the process.

Valiente wasn’t pleased when, during our conversation, I characterized EnQ as using autodialing technology to overwhelm the IRS’ switchboard and snap up limited spaces in the hold queue.

Rather, he prefers to see himself and his company as providing a much-needed helping hand to frustrated tax pros and taxpayers.

“The poor level of service is an IRS phenomenon,” Valiente insisted. “It’s not caused by EnQ.”

Maybe not. But the company isn’t helping. It’s taking a woefully congested phone system and clogging it up even more for its own gain.

Again, Valiente says he’s not to blame for the IRS’ phone woes. The problem was already huge before he (and his autodialing machines) showed up, he said.

Be that as it may, EnQ is forcing tax professionals to decide whether they should do their best to get through to the IRS on their own or whether, for competitive reasons, they should pay for the company’s service so their clients won’t get left behind.

“As a tax preparer, I have to provide good service for clients,” Pedroza told me. “I can see how EnQ helps us do that.”

But he said it’s “a little disconcerting” that if he doesn’t pay for EnQ’s service, his clients might switch to an accounting firm that does — and that can claim to have better odds of reaching an IRS staffer.

“EnQ has set itself up as a gatekeeper to tax services that should be free,” Pedroza said.

Moreover, he noted that if he does sign up for EnQ’s queue-jumping technology, he’d probably have to pass along that cost to clients.

“This is especially tough for smaller accounting firms,” Pedroza said.

I’m not sure if there’s a solution to this. Valiente, who declined to comment when I asked if privately held EnQ is profitable, isn’t breaking any laws. He recognized a business opportunity and ran with it.

Then again, so did those massive ticketing firms that buy up all available seats for concerts or sporting events, and then turn around and resell them at hefty markups.

That’s not illegal either. But maybe it should be. I’d argue that whatever convenience ticket scalpers provide is far outweighed by their aggressive price gouging.

So too, perhaps, with EnQ. It’s an interesting and clever service.

But its entire business model is predicated on taking a bad situation and making it worse.

Tags: Los Angeles News
Previous Story
Once shunned, people convicted of felonies find more employers open to hiring them
Next Story
Column: Lisa Rinna posted paparazzi photos of herself. Then she got sued for copyright infringement