Column: The NCAA squandered a partial victory on student-athlete pay. Here’s what’s next

Column: The NCAA squandered a partial victory on student-athlete pay. Here’s what’s next 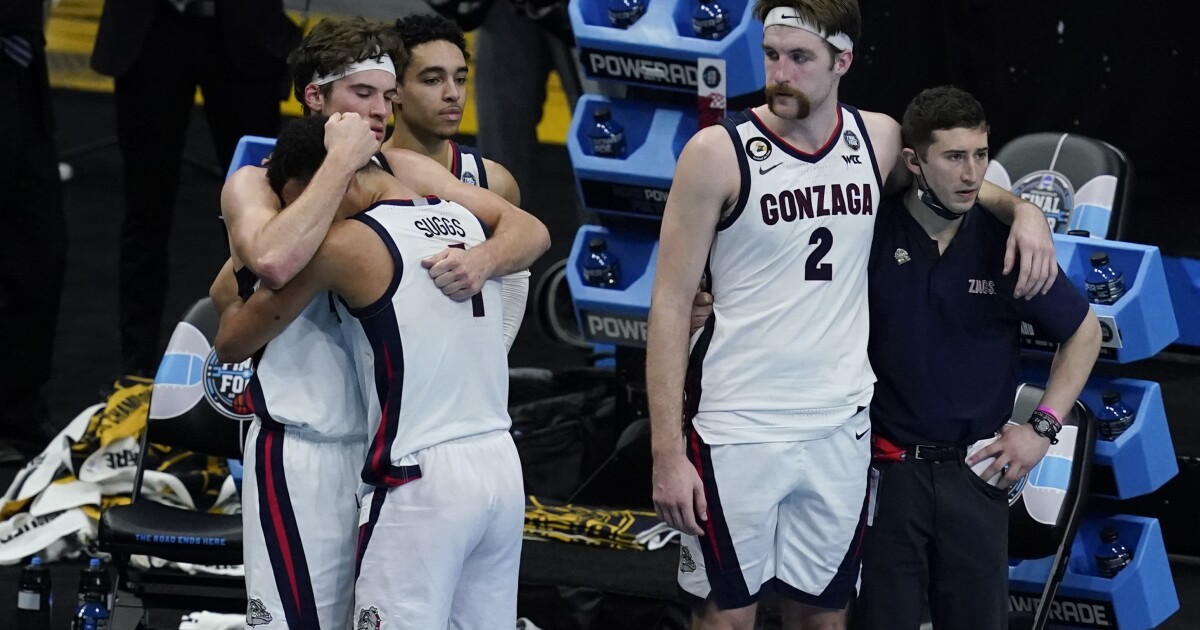 It can hardly be debated that one of the biggest bullies in our public sphere is the National Collegiate Athletic Assn.

The NCAA has become used to getting its way with students, universities, and television networks, especially where the fan-favorite Division I football and basketball programs are concerned. Its member conferences such as the Big 12 and Big Ten rake in hundreds of millions of dollars from TV contracts.

But on Monday, the NCAA ran into an opponent it couldn’t kick around so easily — the Big Nine in D.C. The Supreme Court, that is, which unanimously ruled for student athletes who challenged the organization’s limits on compensation for their labors.

The NCAA’s business model would be flatly illegal in almost any other industry in America.

Writing for the court, Justice Neil Gorsuch made short work of the NCAA’s claim that it deserves immunity from antitrust laws because it offers a unique product in amateur college athletics, and therefore should be allowed to set its own student pay restrictions.

To its argument that “we should overlook its restrictions because they happen to fall at the intersection of higher education, sports, and money,” Gorsuch wrote, “we cannot agree.”

Justice Brett Kavanaugh, in a separate concurring opinion, put the matter even more succinctly. “The NCAA’s business model would be flatly illegal in almost any other industry in America,” he observed. “Price-fixing labor is price-fixing labor.”

What makes the 9-0 decision even more delectable is that the NCAA was so sure that the Supreme Court would see things its way that it appealed from lower-court rulings that had handed it a partial victory. It asked the Supreme Court to give it more; instead it came away with much less.

Think of it like a football team that tries to run up a score even though it’s leading by three or four points with seconds to go, only to fumble on the one-yard line and allow its rival to return the ball for a winning touchdown.

This isn’t the first time that a bullying tactic by the NCAA left it with mud on its face. Back in 2019, the organization tried to browbeat the California Legislature into killing a measure that would allow athletes at the University of California and California State University to be paid for their “name, image or likeness,” or NIL.

The NCAA sent a nasty letter to legislative leaders essentially threatening to ban California universities and their athletes from NCAA competition. Did this work? Well, no.

Within a few weeks of that letter, the measure passed both houses almost unanimously and was promptly signed by then-Gov. Jerry Brown. It goes into effect in 2023 and also, by the way, forbids any athletic organization from interfering with a student’s right to NIL compensation by, for instance, barring a school from intercollegiate competition.

We’ve written before on the inescapable ethical compromises to which big-money football and basketball programs condemn their universities: the recruiting of academically unprepared students to play; academic fraud to keep their stars on the field; the pretense that they’re anything but farm clubs for professional sport leagues; and the millions of dollars in profits that accrue to schools, administrators and coaches from the labor of an underpaid and exploited workforce — the players, whom NCAA schools fatuously call “student-athletes.”

The NCAA’s dominant position, Gorsuch wrote, isn’t that of a monopoly, the only seller in a market. It’s a monopsony — the only buyer. “Student-athletes have nowhere else to sell their labor” other than the NCAA, which therefore thought it could set its own terms. Gorsuch instructed the NCAA that it thought wrong.

The Supreme Court case originated in a federal lawsuit brought by former UCLA basketball star Ed O’Bannon, among other plaintiffs. They asserted that the NCAA violated antitrust law by limiting compensation for elite men’s football and basketball players for use of their names, images and likenesses, even as the schools and leagues collected pants-fuls of money by selling those images to video game and television producers.

Federal Judge Claudia Wilken of Oakland gave the athletes a partial win. She chipped away at some NCAA prohibitions on athlete compensation, notably the ban on NIL payments, though she said it would be all right for schools to collect the athletes’ share of that income in trust funds that they couldn’t access, even as loans, until they graduated.

But Wilken also recognized big-college sports as a business, not amateur competition, thus dismissing the NCAA’s claim that amateurism is one of its “core principles.” She noted that throughout its history, the NCAA has relied on a “malleable” definition of “amateur,” and she questioned how it applied its rules on compensation for the cost of education.

For example, she noted, an athlete who received a federal Pell grant that raised his total student aid above the cost of attending school, including laundry, travel, and incidentals not covered by athletic scholarships themselves, would still be considered an amateur — but one who rejected the Pell grant yet accepted the same sum from licensing would lose his amateur standing.

Such an inconsistency, Wilken wrote, is “not indicative of ‘core principles.’”

The NCAA appealed to the U.S. 9th Circuit Court of Appeals in San Francisco, which last May upheld Wilken’s ruling in its entirety. The next step for the NCAA was the appeal to the Supreme Court.

By the time the case came before the high court, the issue was limited to the NCAA rules on academic-related benefits for student-athletes, including post-graduate scholarships, internships, and computers and science equipment.

Gorsuch sneered at the NCAA’s assertion that schools might twist the payment of academic-related expenses to give student-athletes luxury cars to get to class and other blandishments that undermined their amateurism. Nothing prevents the NCAA from “enforcing a ‘no Lamborghini’ rule,” he wrote.

Perhaps the most valuable feature of Gorsuch’s opinion was his digest of how much money schools earn from top-line men’s sports and how they spend it. The NCAA’s current broadcast contract brings in $1.1 billion a year; broadcast rights to the college football playoff rounds are worth a total of $470 million a year.

NCAA President Mark Emmert collects $4 million a year, commissioners of the top conferences, $2 million to $5 million, Division I football coaches as much as $11 million. Meanwhile, the NCAA dickers over how little to pay the players who actually generate this bounty.

“Those who run this enterprise profit in a different way than the student-athletes whose activities they oversee,” Gorsuch wrote sardonically.

The NCAA issued a statement after the decision came down praising the court for leaving it “free to articulate what are and are not truly educational benefits, consistent with the NCAA’s mission to support student-athletes.” This is tantamount to declaring victory when the scoreboard shows you’ve lost.

It was Kavanaugh’s concurring opinion that delivered the more accurate message. “There are serious questions whether the NCAA’s remaining compensation rules can pass muster under ordinary [antitrust] scrutiny,” he wrote, in what looks like an open invitation for further lawsuits. He warned, too, that he’s not inclined to give much credence to the NCAA’s claim of upholding amateurism.

“The NCAA says that colleges may decline to pay student athletes because the defining feature of college sports, according to the NCAA, is that the student athletes are not paid,” he wrote. “The NCAA is not above the law.”

In other words, the NCAA should get its arms around the idea that its days as the only bigshot in the schoolyard are over.