Column: The NFL crushed the COVID-19 virus. Here’s how, and what that means for you

Homepage News Column: The NFL crushed the COVID-19 virus. Here's how, and what that means for you
News

Column: The NFL crushed the COVID-19 virus. Here’s how, and what that means for you 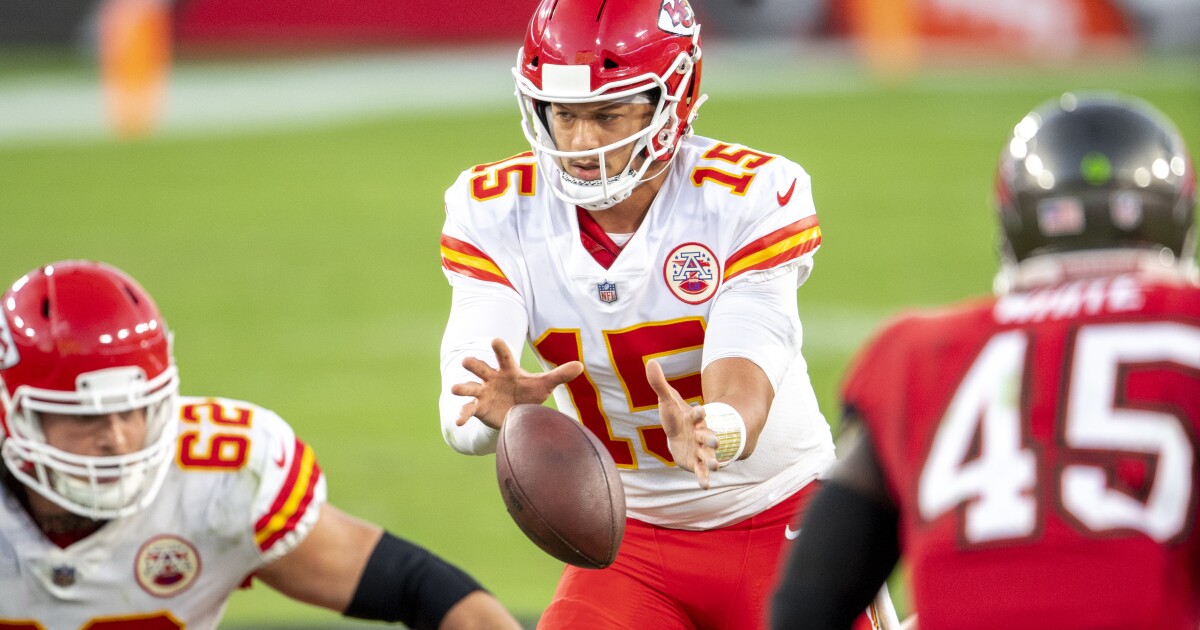 The National Football League launched its 2020 season exuding confidence that the protocols it had in place to stave off COVID-19 infections would enable it to reach the playoffs and the Super Bowl safely.

Then, after three weeks of play, disaster struck in the form of an outbreak of infections centered within the Tennessee Titans. The team’s game with the Pittsburgh Steelers was indefinitely canceled. Las Vegas casinos posted odds that the league would make it through the season, not optimistically.

Commentators castigated the NFL for not following the lead of the National Basketball Assn., which dealt with the pandemic by sequestering players, coaches and staff within a season-long “bubble” in Orlando; to quote Mark Twain (or maybe Andrew Carnegie), the NBA had put all its eggs into one basket and watched that basket.

We knew that we were going to learn something new every week and every day of the season.

But instead of shutting down or changing course, the NFL responded by learning what it could from the Titans outbreak and applying the lessons to all 32 teams. Barring an unexpected outbreak, the Super Bowl is to be played as scheduled Sunday.

“As we went into the season, we used the available science to put together a set of really strong protocols,” says Christina Mack, the North Carolina epidemiologist who helped design the league’s anti-pandemic system. “We knew that we were going to learn something new every week and every day of the season, and that team and facility operations would evolve.”

The league’s experience is detailed in a paper written by Mack and her team and just published by the Centers for Disease Control and Prevention. The paper covers the program as it was conducted through Nov. 21, a date chosen so the paper could be prepared for publication. But the program has continued to strengthen through December and January, Mack told me.

Players on several teams, including New England’s star quarterback, Cam Newton, came down with infections during the season. The league fined the Las Vegas Raiders $1.2 million and the New Orleans Saints $500,000 for protocol violations; both teams also gave up a draft pick.

But given that the season’s final months coincided with a nationwide surge of COVID-19 cases, Mack is probably right to term the NFL’s approach a success, with its key steps having appreciably reduced the potential for disease transmission.

The league’s anti-pandemic effort employed massive resources — unsurprising, in light of the stakes of a lost season. Through Nov. 21, the league administered 623,000 tests with results returned in less than 24 hours and teams of contact tracers to identify sources of infection outbreaks and quarantine carriers. By the end of the playoffs Jan. 24, the figure exceeded 957,000.

Of those tests, 725 came back positive, including those of 262 players.

All players and personnel were required to carry wearable proximity devices to provide data on the close contacts they had with other personnel during the day and off the field.

Mack says, however, that most of the system is applicable to high-risk settings even without those resources, such as schools, nursing homes and manufacturing facilities.

“The lessons we learned are broadly applicable,” she says. “There are a lot of things we learned that are not resource-intensive but are good practices to reduce transmission.” These include the importance of mask-wearing, social distancing and good ventilation.

The Tennessee Titans outbreak was a major learning experience, Mack says. Of 41 league-wide positive tests returned from Sept. 27 through Oct. 10, the Tennessee team was connected to 21, prompting the shutdown of all Titans facilities.

Contact tracing revealed the surprising fact that many transmission cases appeared to occur after person-to-person encounters shorter than 15 minutes and farther apart than six feet — the generally accepted safe thresholds to reduce transmission. But interviews revealed that the suspect interactions occurred during maskless meetings in small rooms or at meals.

The discovery prompted the league to tighten the rules for clubs with positive tests.

The original protocol, put in place through an agreement between the league and the NFL Players Assn., called for meetings of more than 15 participants to be held virtually; staff to wear masks on the practice field and players to do so “when feasible”; maximums of 15 players in weight rooms at any time with masks encouraged but not required; and limited capacity in meal rooms. Neck gaiters as substitutes for masks were prohibited, as were masks with valves or vents.

Teams were also encouraged to transport players in multiple buses rather than all at once and to stagger check-in times at hotels.

After the Titans outbreak, teams with positive tests were subjected to intensified rules. All meetings were to be held virtually; weight room maximums were cut to 10 players, with all required to wear masks; meal areas were shut down except for grab-and-go. For all teams, testing was increased from six days to seven days a week.

By December, Mack says, all teams had moved to the intensive protocol, regardless of whether anyone had returned a positive test.

Over time, the league’s definition of high-risk interactions evolved. Though it has not been possible to define them in black and white, the league’s medical experts considered mask-wearing and ventilation to be key elements.

“Short car rides with partial mask use were considered high-risk,” the CDC paper says, “whereas prolonged interaction [more than 15 minutes] in well-ventilated settings (e.g., outdoors) with proper mask use were not.”

Those with apparent high-risk exposures were required to remain quarantined for at least five days. That’s shorter than the CDC guidance of 10 to 14 days, but it was possible because the seven-day-a-week testing allowed the league to track transmissions closely.

Through Nov. 21, Mack’s report says, 29 of the 32 NFL clubs spent at least some time under the intensive protocol. That’s an indication that the league’s system wasn’t absolutely impervious to infections penetrating from outside.

But the protocols appeared to cut down appreciably on hazardous interactions: The median number of within-facility encounters of more than 15 minutes and less than six feet was reduced by 60%, to 24 a day from 60.

That probably helped the league notch its most important commercial goal: playing every one of its 256 scheduled regular-season games, and setting itself up for the Super Bowl between the Tampa Bay Buccaneers and Kansas City Chiefs on Sunday.

Mack says that high-risk locations don’t have to function under intensive protocols all the time, but that the NFL’s experience suggests that it pays to have them at the ready when someone — staff member, employee, resident, student — turns up with a positive test.

“Every organization, workplace, school should have a set of behavioral protocols to step into when there is a positive case,” she says.

“That intensive protocol can be designed to fit any environment. In a facility where they have a break room, for example, if they have a positive case, closing the break room for 10 days to make sure they don’t have an outbreak in that facility. Revisiting all your meeting schedules and evaluating if some or all of them can be held virtually.

“The concept of a temporarily restrictive protocol is an effective reminder to be diligent and compliant with safety rules, and it’s a good tool to reduce transmission when there’s risk.”