Column: The pandemic is ‘a cornucopia for scam artists.’ Here’s how to protect yourself

Homepage News Column: The pandemic is 'a cornucopia for scam artists.' Here's how to protect yourself
News

Column: The pandemic is ‘a cornucopia for scam artists.’ Here’s how to protect yourself 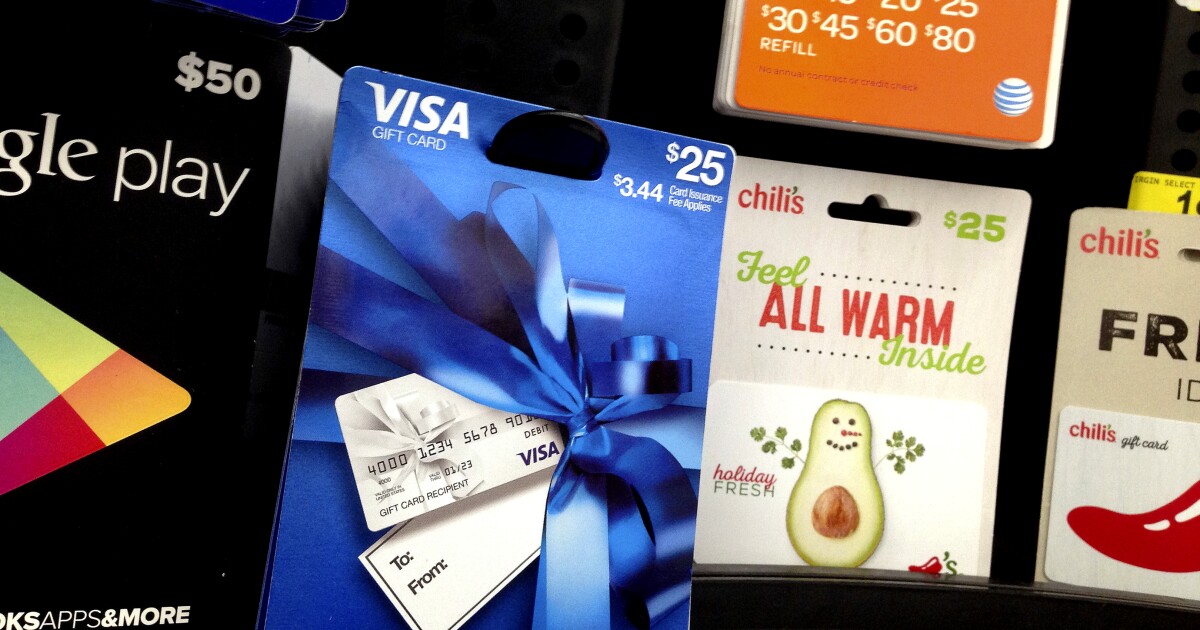 “How are you?” it began. “Hope you are keeping safe. Are you available via email? I need your help.”

Long Beach resident Anne Supple told me she and her husband, Charley, had no reason to question the recent email from one of their neighbors, who they knew was out of town.

The name was correct. It was sent from her proper email address.

“I am right where you left me,” Charley replied in a bantering tone. “How can I help you?”

Then came the followup.

“Thanks for responding,” it said. “Actually, I need to get GOOGLE PLAY GIFT CARDS for my Niece who had Heart operation some days ago she had lost both parents to the disease (COVID-19).

“It’s her birthday but I can’t do this right now because I have arthritis in the knees and ankles. They are giving me problems. I am going up and down one step at a time. This method is neither graceful! Or fast! And I tried purchasing online but unfortunately no luck with that.

“Kindly let me know if you can handle this,” the email concluded, with a pledge to reimburse the Supples for whatever they spent on the gift cards.

“We do a lot of favors for our neighbor,” Anne Supple, 73, told me. “The first email seemed real. But as soon as they asked for gift cards, we suspected it was a scam.”

Good instincts. Scammers frequently seek payment in gift cards because once they get their hands on the cards or their numbers, that’s that. Your money’s gone.

The emails to the Supples highlight yet again how the COVID-19 pandemic has been Christmas for con artists looking to cash in on all-too-common tales of woe and hardship.

“A worst-in-a-century pandemic is a cornucopia for scam artists — all the major holidays rolled into one,” Robert Herrell, executive director of the Consumer Federation of California, told me.

The number of reports of imposter scams hit nearly 557,000 in the first half of this year, up 18% from the same period a year ago.

More than $3.3 billion in fraud losses were reported to the FTC in 2020, almost double the amount a year earlier. Roughly half the losses resulted from imposter scams similar to what the Supples experienced.

The FTC noted that 34% of consumers reporting scams last year acknowledged losing money, compared with 23% a year before — an indication that either people have grown more gullible while being stuck at home or the fraudsters have grown more sophisticated.

I’d guess it’s a combination of the two.

While hacking the email account of the Supples’ neighbor demonstrates a modicum of tech savviness, the grammatical errors in the second email show that the hacker isn’t exactly a criminal mastermind.

That said, the hacker was smart enough not to take the bait when I emailed asking how I could help the Supples obtain gift cards for the bereaved, recuperating niece.

The FTC says con artists know people are very vulnerable and emotional because of the pandemic, and that this may lead some potential victims to lower the guard.

The agency warned in April that particularly abusive fraudsters were targeting family members of people who had died of COVID-19, offering help in paying funeral expenses.

There’s a real government relief program run by the Federal Emergency Management Agency that provides up to $9,000 in COVID-related funeral costs. But FEMA will never call you out of the blue.

If you didn’t contact the agency yourself or sign up for the benefit, any call you receive about this is a scam.

The FTC warned in June about rising incidents of the so-called grandparent scam, in which people, typically seniors, receive a call ostensibly from a grandchild who has been arrested or jailed.

The call almost always is bogus and will lead to elaborate steps to separate you from your money either by purchasing gift cards or making a wire transfer. A Pasadena man lost $27,000 to this ruse last year.

I’ve also been hearing from a number of readers about phony offers to help secure inheritance cash. I wrote about this racket after a San Fernando Valley resident was told he could receive almost $10 million from a dead relative he never heard of.

As with claims that you’ve just won a lottery or sweepstakes, it’s highly unlikely a total stranger bequeathed you a mountain of money. Keep your distance.

The best way to protect yourself from imposter scams is to be wary of any call purporting to be from a government agency — the Social Security Administration is a favorite cover for con artists — or any request for money.

The FTC says caller ID won’t necessarily protect you; numbers can be faked using a technique known as “spoofing.”

The agency also advises checking the legitimacy of any “official” caller by saying you’ll call back. Use the number you find online, not the one the caller gives you.

Hang up on any caller requesting payment in gift cards, wire transfers or cryptocurrency. This is a giveaway that you’re being hoodwinked.

“Consumers need to be vigilant, especially when money is involved,” said Herrell at the Consumer Federation of California.

“Take an extra moment to check out who you might be dealing with,” he told me. “Find out more about them from credible news sources — not your Facebook feed — and think about whether you even need a middleman to get you the help you need.”

Anne Supple said she had to laugh when she and her husband saw what looked like a real appeal from a friend turn into a scammy plea for gift cards.

“What friend would ever ask for gift cards?” she said. “Who would do that?”