Column: There are a great many good things in Biden’s latest plan. Why describe it as a failure?

Homepage News Column: There are a great many good things in Biden's latest plan. Why describe it as a failure?
News

Column: There are a great many good things in Biden’s latest plan. Why describe it as a failure? 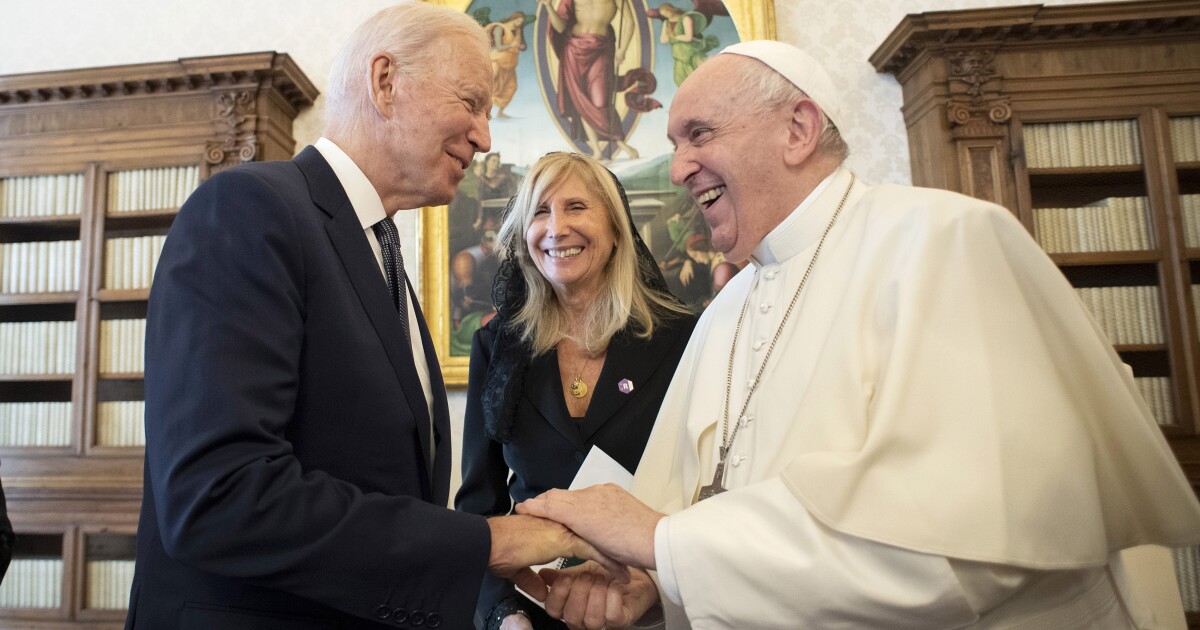 Am I missing something?

The “framework” for President Biden’s Build Back Better program issued Thursday by the White House calls for spending $1.75 trillion over 10 years on a massive improvement in social spending to benefit America’s middle class, working class and low-income communities. The revised plan looks poised for passage in both houses of Congress. What’s in it?

There’s $400 billion in subsidies for child care for most families, and universal pre-K programs for 3- and 4-year-olds — the largest expansion of public education in 100 years, according to the White House. A one-year extension to the child tax credit.

“If a large corporation says it’s profitable, then it can’t avoid paying its tax bill.”

Improved premium subsidies for buyers of health plans in the individual insurance market. Premium-free coverage for as many as 4 million Americans left stranded by their states’ failure to expand Medicaid under the Affordable Care Act. Hearing coverage for seniors on Medicare.

On climate change, there are subsidies for installing solar paneling at your home and for purchases of electric vehicles, and new investments in clean energy projects.

All this would be paid for through a 15% minimum tax on corporate profits reported to shareholders, among other provisions. (“If a large corporation says it’s profitable, then it can’t avoid paying its tax bill,” the White House says.)

The framework also includes a 1% surcharge on corporate stock buybacks, and a surtax of 5% on personal incomes above $10 million and another 3% on incomes above $25 million. The surcharges appear to apply to income whether it’s from wages, capital gains or dividends.

This is all to the good. Yet the pundit class in Washington is depicting the proposal as a defeat for Biden, or even a sign of failure.

That says more about blinkered Washington coverage than about Biden.

Let’s stipulate that some very laudable proposals were part of Biden’s campaign platform as well as his original Build Back Better plan, which was penciled out at about $3.5 trillion over 10 years.

But the original ran into stiff opposition from Democrats whose votes were needed to pass it, largely because the Democratic majority in the Senate is razor-thin and the Republican Party was united in opposing anything proposed by Democrat Joe Biden.

The GOP’s obstinacy gifted Democratic senators Joe Manchin III of West Virginia and Kyrsten Sinema of Arizona outsized obstructionist rights, which they employed to undermine the clear interest of their own constituents. That’s shameful, but it’s hardly Biden’s fault.

That required the new plan to be a compromise, which didn’t use to be a dirty word, especially in politics, nor a sign of failure. As it happens, the revision did gain support from an even more crucial bloc, the Congressional Progressive Caucus. The progressives were in a position to do even more damage to Biden’s plan, if they stuck together to oppose the revisions. They haven’t done so.

We can mourn some of the provisions that have been dropped from Build Back Better. A centerpiece of Biden’s program to address global warming — the Clean Electricity Performance Program, which would have paid grants to utilities that increased their output of clean energy year over year and imposed financial penalties on those that did not — is gone, due to the firm opposition of Manchin, who represents a coal-producing state (and who pockets pretty sums every year from his own coal investments).

But other global warming provisions are still in the bill.

Also gone is free community college tuition; permanent extension of the child tax credit rather than a one-year lease on life; a guarantee of 12 weeks of paid leave per year for families welcoming a new child by birth, adoption or foster care, or caring for a seriously ill or injured family member, or even four weeks, which was an interim attempt at compromise.

What remains in the package, however, is revolutionary. The healthcare provisions alone “may be as impactful as the ACA or more,” former Medicare and Medicaid Director Andy Slavitt tweeted, referring to the Affordable Care Act.

To return to the details, the framework would increase the maximum Pell Grant, the key higher education assistance program for some 5 million low-income students, by $550, and expand eligibility to Dreamers — immigrants who were brought to this country as children by their parents, and are doing their part to help America grow.

The framework would expand free school meals to 8.7 million children during the school year and provide low-income families with a $65 per child per month benefit to cover food needs during the summer, serving an estimated 29 million children. It would finally defeat the stupid and irresponsible refusal by 12 red states to expand Medicaid for their low-income residents. States’ ability to kick families and children off Medicaid would be sharply reduced, and all states would be required to provide 12 months of postpartum services to Medicaid families.

It would provide new funding for the National Labor Relations Board and the Internal Revenue Service so they could perform their jobs better — protecting the collective bargaining rights of workers in the case of the NLRB, and pursuing well-heeled tax cheats in the case of the IRS. It would allow the NLRB to impose civil penalties of up to $100,000 on employers who violate worker unionization rights; that’s a major change, as the NLRB up to now couldn’t impose monetary penalties.

The framework, in summary, would reverse decades of government penny-pinching aimed at the most vulnerable members of society. If that’s “failure,” let’s have more of it.