Column: They warned that recall elections would empower special interests. They were right

Homepage News Column: They warned that recall elections would empower special interests. They were right
News

Column: They warned that recall elections would empower special interests. They were right 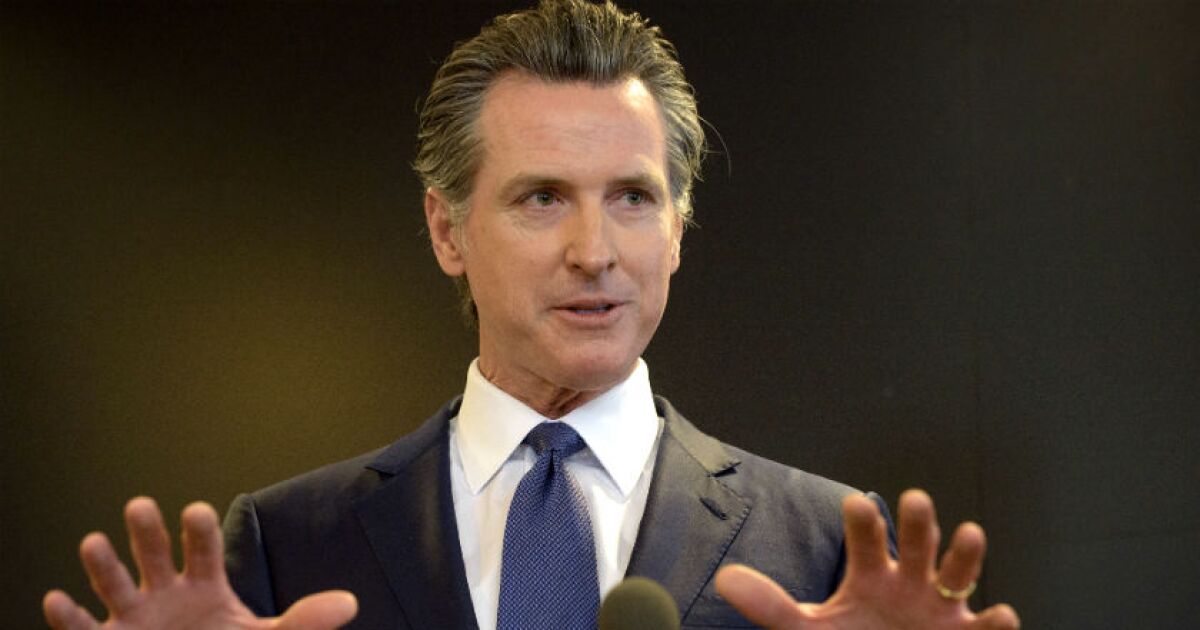 The warning came from inside the house.

Herbert Croly, one of nation’s leading progressive political commentators, cautioned that progressive electoral reforms such as the recall and ballot initiative would be “instruments of minority rule and usually of the rule of a very small minority.”

Enacted in response to the “flagrant betrayal of the popular interest” that took place under the traditional political system, Croly wrote, these measures “may succeed in abolishing one kind of abuse and oppression, but only at the price of its being succeeded by other kinds.”

The right to force a vote on specific legislative projects…which must be approved or disapproved as a whole, places an enormous power in the hands of a skilful and persistent minority.

The year was 1914. Only a few weeks after these words appeared in Croly’s newly published book “Progressive Democracy,” the first edition of the New Republic, the magazine he founded with fellow liberal Walter Lippmann, rolled off the presses.

In time, Croly would be proved right.

Only three years before Croly’s warning, California had established the recall, initiative and referendum as tools of “direct democracy” at the behest of its newly elected progressive governor, Hiram Johnson.

In his 1911 inaugural speech, Johnson asserted that the three measures would “place in the hands of the people the means by which they may protect themselves.”

He meant protecting themselves from the abuses of the dominant political force in California of that era, the Southern Pacific Railroad. The SP had suborned almost every other instrument of political action: It chose candidates for public office and manipulated the vote to make sure they were elected.

The railroad was “the sole dispenser of political favors,” the veteran California newspaper editor Fremont Older would recall in his memoirs. “It didn’t matter whether a man was a Republican or a Democrat. The Southern Pacific Railroad controlled both parties, and he either had to stay out of the game altogether or play it with the railroad.”

The railroad controlled coverage by the state’s newspapers — including Older’s — through monthly payments for “friendliness,” he recalled.

Johnson had won the governorship through a head-on attack on the SP in a statewide campaign; now that he was in office, he intended to break its political monopoly forever.

Those who counseled caution in reforming the political system were shouted down by reformers, who were in their ascendance and had the depredations of the SP to point to.

Chief among the proponents was John Randolph Haynes, a wealthy Los Angeles physician who had made direct legislation his passion. (Haynes founded the John Randolph Haynes and Dora Haynes Foundation, which to this day gives financial support to social reform projects in Southern California, in 1926.)

As historian Tom Sitton observed, Haynes was confident that the reforms would inspire voters to “become informed enough on political issues to cast a ballot” on specific issues. Haynes “saw in these instruments a method by which groups with little power could … compete with a plutocracy that he believed had corrupted American politics at every level.” With Haynes’ backing, the reforms were enacted overwhelmingly in Los Angeles in 1902.

Croly’s credentials as a progressive were unassailable. He was a political intimate of Theodore Roosevelt, then the leading progressive politician in the land, who had run for a third term as president on the Progressive Party, or “Bull Moose,” ticket in 1912; Roosevelt’s running mate for vice president that year was none other than Hiram Johnson. (Woodrow Wilson won the election over Roosevelt, William Howard Taft and Socialist Eugene V. Debs.)

Croly saw that the initiative would play to the interests of the most determined camp and that a motivated and vocal minority would often have the advantage over an indifferent majority.

“The right to force a vote on specific legislative projects … which must be approved or disapproved as a whole,” he wrote, “places an enormous power in the hands of a skillful and persistent minority.”

Croly was not alone in warning that the recall, initiative and referendum could become the playthings of manipulators, just as in the old system. Another warning came from Nicholas Murray Butler, a prominent public intellectual as the president of Columbia University (and Taft’s running mate in 1912).

Butler saw the direct democracy movement as a threat to the specialization of functions in society that endowed political leaders with the ability to lead: “It is as reactionary as anything in the whole field of social evolution can possibly be,” he wrote in 1912, in a pamphlet titled “Why Should We Change Our Form of Government?”

Even though these skeptics came at the issue with different perspectives, their predictions have come true.

The initiative process has been deeply corrupted by special interests wielding sacks full of money. The best example of this is Proposition 22, the 2020 initiative that granted gig economy companies the right to continue depriving their core workers of the benefits due to employees.

The two biggest ride-hailing firms, Uber and Lyft, along with other gig companies spent a stupendous sum of more than $200 million on a self-interested initiative, pushing it through to a 59%-41% victory that overturned a state labor law and a state Supreme Court ruling.

Soon after securing the victory, Uber reneged on the promises it had made to its drivers and their supporters during the campaign to use Proposition 22 to make their lives better.

In recent times, the initiative has come under the shadow of corporate interests more and more frequently. In the 2020 election, the gig companies were not the only interests bending the system to their own purposes.

The bail bond industry, which masquerades as a collection of mom-and-pop enterprises but is actually under the control of multinational insurance companies, overturned a landmark law that would have eradicated this unfair and discriminatory system in California. They spent more than $8 million on the effort.

Dialysis companies, which collect obscene profits in serving patients with end-stage renal disease, spent more than $100 million to head off an attempt to tighten regulations on them.

Then there’s the recall of Democratic Gov. Gavin Newsom, which is scheduled to take place Sept. 14 (though all registered voters will receive vote-by-mail ballots in the next week or so). There’s no question that the recall was designed by Republicans to overturn the legitimate outcome of the 2018 election, in which Newsom trounced GOP candidate John Cox 62%-38%.

Newsom will be up for reelection next year, where in a full-scale election he might win again. So the GOP concocted the recall, almost certainly betting on the likelihood that an off-cycle election would bring out a highly motivated minority, just as Croly forecast. Certainly the leading Republican candidates haven’t made the case that they could manage the state better than Newsom.

As we reported last week, the sole broadcast debate among the Republican candidates thus far drew only four participants, who demonstrated their ignorance of the issues and possible solutions while proposing that California fashion its pandemic response on states like Florida, which has become a nation-leading charnel house of COVID victims.

This recall is underscoring the flaws in the procedure as it has evolved in California. One is the ballot’s two-step structure: Voters will first vote on whether to recall Newsom, and then separately to choose from a roster of candidates that Newsom was barred from joining. As my colleague George Skelton points out, a proper system would result in the automatic succession of the lieutenant governor, in this case Democrat Eleni Kounalakis, not a choice among a gang of has-beens, wannabes and never-wuzzers.

Berkeley law school dean Erwin Chemerinsky further argues that the process is unconstitutional, because it would allow for Newsom to receive more votes than any other candidate but still require him to step down in favor of a candidate who received only a fraction of his total. That outcome, Chemerinsky wrote with his Berkeley colleague Aaron S. Edlin, isn’t hypothetical.

“Based on virtually every opinion poll, Mr. Newsom seems likely to have more votes to keep him in office than any other candidate will receive to replace him,” they observed. “But he may well lose the first question on the recall, effectively disenfranchising his supporters on the second question.”

The qualification standards for the recall also empower Croly’s minority. The number of signatures required to qualify a recall for the ballot is 12% of the votes cast in the last election for the office at issue — fewer than 1.5 million in this case. If it were 20%, the bar would have been set at about 2.5 million, probably too high for recall proponents to reach.

History has demonstrated that these reforms are powerful instruments in the hands of the cynical and the monied — exactly the forces they were ostensibly designed to defeat. We might say this is the law of unintended consequences at work, but we can’t say we weren’t warned.