Column: Trump is gone, but California is still fighting the anti-transgender hate he fed

Column: Trump is gone, but California is still fighting the anti-transgender hate he fed 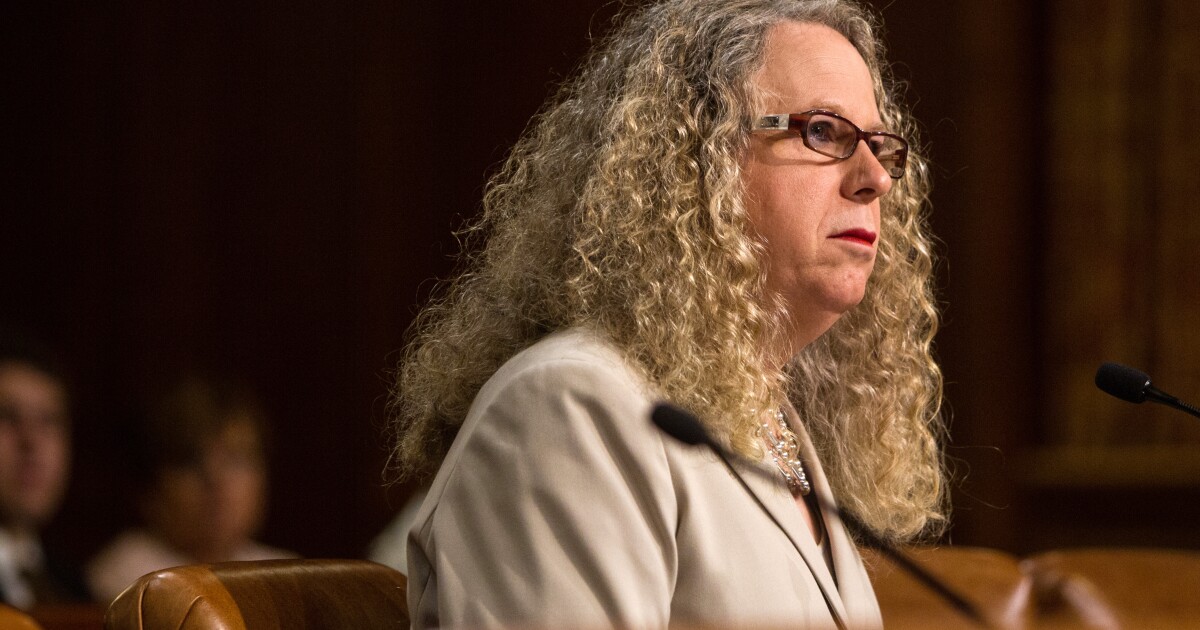 California spent four years as a leading bulwark against the racism and other prejudices of the Trump administration. Trump and his minions may be gone from the White House, but the poison they spread remains virulent around the land — and California is still fighting the old battles.

Case in point: Bias against transgender people, who have become a favored target of legislators in red states. A California law designed to combat this campaign elsewhere is now in the crosshairs of those who wish to narrow the civil rights of this beleaguered group.

The California law, passed in 2016 as AB 1887, is now before the U.S. Supreme Court, thanks to a claim by Texas that it infringes on that state’s right to practice as much gender discrimination as it pleases.

Texas is one of 12 states that fall into these categories. (The others are Alabama, Idaho, Kansas, Kentucky, Mississippi, North and South Carolina, Oklahoma, South Dakota and Tennessee; Arkansas is plainly fated to join the list. AB 1887 allows exceptions in cases where such travel is necessary to enforce California law, say by auditing a California taxpayer, and for a handful of other reasons.

Texas, whose attorney general, Ken Paxton, has spearheaded at least one other chuckleheaded lawsuit aimed at making life more miserable for the powerless — the case claiming that the Affordable Care Act is unconstitutional — has asked the Supreme Court to declare AB 1887 unconstitutional.

Paxton’s argument is that AB 1887 discriminates against Texas and the other states by interfering with their right to pass their own laws. Texas also brought the case, he says, to protect hotels, restaurants and retailers that will lose income because California officials will stay home.

Paxton asserts that the California law is itself an example of religious discrimination, since the Texas laws are designed to protect those who discriminate on the grounds of religious scruples against serving gay or transgender people. He calls AB 1887 a version of economic sanctions that long have been “a basis for war” and says it’s a cross-border attack on “a sovereign function — lawmaking.”

California replies that AB 1887 obviously didn’t tie Texas legislators’ hands, since they passed their law after AB 1887 was enacted. The California law hasn’t made travel to Texas illegal, merely dictated that the state won’t pay for such trips. Texas in fact is attacking California’s sovereign right — the right to decide how to spend its own money.

It’s not hard to understand why transgender people have become a target of discriminatory laws in conservative states.

The Supreme Court has granted gay and lesbian couples the right to marry, and it has barred discrimination based on race, religion and sex.

But as I reported in 2018, gender identity is a perplexing topic for many Americans, and gender reassignment treatment and surgery even more mysterious.

That has opened the door to a spate of discriminatory state laws, most recently in Arkansas. (As often happens, the Arkansas law is rooted in ignorance about the field it purports to regulate, in this case the treatment of transgender youths.)

Texas lined up support for its Supreme Court petition from 16 other red states, which filed a friend-of-the-court brief with the Supreme Court. It also acquired the backing of the Trump administration, which filed an amicus brief on Dec. 4, about six weeks before it was ushered out of power.

Technically speaking, this case isn’t quite yet before the court — the Texas filing is a request that it take the case. But the arguments of Texas, the 16 other states and the Trump White House don’t appear to have made this an easy call for the court.

The Texas petition has been on the agenda of the court’s weekly conferences, at which the justices choose which cases to accept, 11 times since last June, without a decision. It’s currently on the agenda, again, for this Friday’s conference.

Since it’s possible that the Supreme Court will be pondering the propriety of anti-transgender laws, even if indirectly, let’s examine the landscape.

The Arkansas law, passed April 6 over Gov. Asa Hutchinson’s veto, is the first to ban gender-affirming medical treatments for transgender minors. Its supporters pitched it as protection for underage patients who might not be capable of making gender-affirming decisions for themselves and therefore could be harmed for life.

But critics, including the pediatric establishment and experts in child and adolescent psychology, say that’s a smokescreen. Putting off treatments once a patient has reached puberty can be devastating for the mental health of youths experiencing gender dysphoria.

Like adults, “adolescents … who identify as transgender have high rates of depression, anxiety, eating disorders, self-harm, and suicide,” according to a 2018 paper published by the American Academy of Pediatrics. Placing legal obstructions in the way of professional interventions merely fosters ignorance and exacerbates the already-difficult conditions of these patients.

It’s appropriate to view the Arkansas law as part of a broader national legislative campaign targeted at transgender youth, led by a Christian-right organization called the Alliance Defending Freedom. The ADF has been identified by the Southern Poverty Law Center as an anti-LGBTQ hate group.

The ADF was in the forefront of lobbying for the notorious “bathroom bills” that aimed to constrain transgender rights on privacy grounds and had their heyday a few years ago. The new model of anti-transgender legislation is measures barring transgender students from participating in women’s sports.

As Mark Joseph Stern of Slate reported recently, one of the most extreme such bills has just been introduced in the North Carolina legislature. The so-called Youth Health Protection Act bans gender-affirming treatment for anyone younger than 21 and requires schools to report signs of “gender nonconformity” to students’ parents.

The tide against this campaign against transgender rights may be turning; President Biden marked the Transgender Day of Visibility, March 31, with a proclamation that celebrated “the achievements and resiliency of transgender individuals and communities” and “the generations of struggle, activism, and courage that have brought our country closer to full equality for transgender and gender non-binary people in the United States and around the world.”

But securing transgender people full protection against discrimination and ignorance may be a long process. The forces on the other side are potent, and they’re massing in front of statehouse doors all over the country.