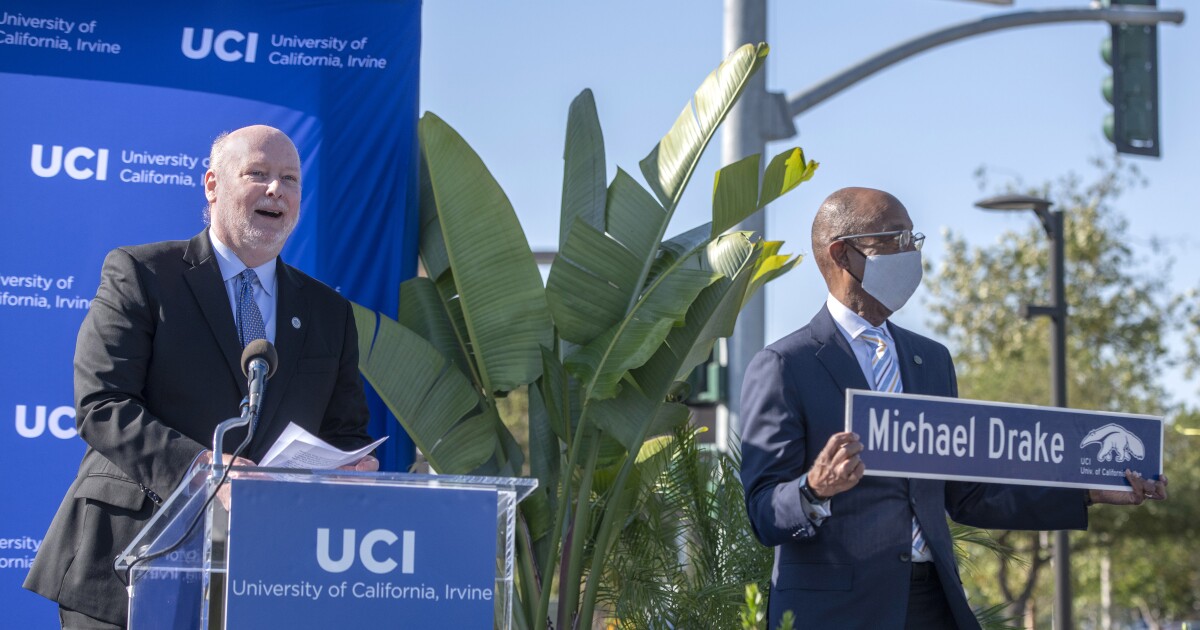 The University of California Board of Regents on Wednesday tightened UC’s rules on affiliations with hospitals that impose religious restrictions on care.

The policy approved almost unanimously by the board places greater limits than before on interference by religious authorities with the medical judgments of UC physicians practicing at sectarian hospitals.

We know that transfers are not always in the patient’s interest.

The policy states that UC physicians must be permitted to provide any treatment to a patient at a sectarian hospital even if the treatment violates religious restrictions and the patient can’t be safely transferred to another facility. Affiliated hospitals will have until Dec. 31, 2023, to comply with the policy, or the affiliation agreement must be canceled.

“We know that transfers are not always in the patient’s interest,” board Chair John A. Pérez, who crafted the key language approved by the board, said after the board’s meeting, conducted remotely Wednesday afternoon.

Wednesday’s vote capped two years of debate at UC about its practice of forging partnerships with hospital chains that impose “policy-based” restrictions on healthcare on their premises. In practice, the term applies to Catholic hospitals, which generally adhere to the Ethical and Religious Directives for Catholic Health Care Services, a product of the U.S. Conference of Catholic Bishops.

The ERDs, as they’re known, label abortions, euthanasia, assisted suicide and direct sterilization “intrinsically evil” and prohibit them at Catholic facilities. They also bar such gender-affirming procedures as hysterectomies for transgender patients.

The issue of affiliations with institutions that restrict care on religious grounds broke into the open in early 2019, when UC San Francisco sought to expand its professional affiliation with four hospitals owned by the Catholic chain Dignity Health. Thanks to an uproar by UCSF personnel, the proposal was abandoned.

It soon became clear that other affiliation contracts bound personnel connected to almost every UC medical center to limitations on care when they were working at locations that had restrictive policies, chiefly Catholic hospitals. (The arrangements didn’t affect UC personnels’ practices at UC medical centers or at hospitals that didn’t impose religious restrictions.)

Many in the UC community considered any such restriction to be an infringement on “the university’s commitment to provide treatment based on the best scientific information available,” as the UC Academic Senate observed in a May 11 letter to UC President Michael V. Drake, a physician. “It goes against the university’s obligation … not to discriminate against any individuals,” the letter said.

Drake, addressing his fellow regents Wednesday, acknowledged that “past affiliation contracts did not reflect UC values. That was wrong and it was unacceptable.” He said that amendments made to those contracts over the last two years removed the offending language.

Drake’s recommendation for UC policy going forward, however, still left a major loophole in the rights of UC professionals to practice medicine at Catholic hospitals without religious interference.

Although it stated that affiliate hospitals could not prevent UC providers from advising or counseling patients at those hospitals or prescribing treatments as they wished, it did not ensure that the doctors could perform those treatments. Instead, it allowed for patients needing those treatments to be transferred elsewhere.

Until just before the board met Wednesday to debate and vote on Drake’s recommendation, it appeared likely to pass, leaving large blocs of the UC community discontented with what appeared to be a capitulation to Catholic authorities.

At that point, Pérez, who has been a steadfast critic of past affiliations with institutions imposing religious restrictions, offered a sheaf of amendments that addressed fundamental objections to the recommendation.

Among Pérez’s amendments was one that required hospitals that offer any given medical procedure or service to provide it to all patients without discrimination.

This arose from a case in which a Dignity Health hospital refused a hysterectomy to a patient when it discovered the patient was transgender. A lawsuit brought by the patient, Evan Minton, alleging illegal discrimination by Dignity, is pending in federal court.

Medical professionals say that transfers can often jeopardize the health of patients, especially those facing extreme circumstances. Perez’s amendment aims to ensure that in such cases, the patient could be treated at the original hospital without interference from religious authorities.

Drake and other university administrators were given 60 days to codify the general principles in Pérez’s amendments and bring them back to the regents for final review. But Pérez said after the meeting that he was satisfied that they wouldn’t be watered down in the process.

Pérez, who will move next month from chairman of the board to chairman of its health services committee, indicated that he was hoping to move the regents away from seeing the affiliation issue in yes-or-no terms — does UC continue to allow partners to impose religious restrictions on care at their locations by UC physicians, or “flip the switch on all affiliations” by shunning those imposing those restrictions?

“There are benefits to affiliations,” Pérez acknowledged, including services provided to some 35,000 patients a year who receive treatment by UC personnel at sectarian hospital systems.

Many board members seemed to jump at Pérez’s proposals as if clutching at a lifeline.

The most important endorsement came from Drake, who said he would support the amendments. He did question a ban on any exceptions to the rules, however, arguing that unexpected events akin to the COVID-19 pandemic might require exceptions in the future.

It isn’t clear that the policy approved by the regents will satisfy everyone involved in the affiliation controversy. Many members of the UC community feel that the ERDs by their nature discriminate against LGBTQ patients and infringe on women’s rights to obtain the full spectrum of reproductive health services, including abortion and contraceptives.

Those provisions, they say, run counter to UC values, which say that medical judgment, not religious policy, must be paramount in the treatment of all patients.

Among those expressing skepticism about Pérez’s amendments was Carrie Byington, the head of UC Health, the university division that oversees the system’s six health centers and 20 health professional schools.

Byington, who has been among the most assertive promoters of expanded affiliation arrangements, questioned who would decide whether a transfer would be detrimental to a patient’s health.

“There needs to be some significant clarification on what it means to be ‘detrimental,’” she told the board. “Is inconvenience ‘detrimental?’”

Drake responded that the determination would be made by the UC doctor.

Byington also questioned how religious affiliates would respond to that provision and others. She said she would need time to discuss with affiliates “to understand … their interpretation of what we have proposed.” Affiliated systems may “see things in a different way than we see things.”

That’s an indication that Byington is concerned that religious systems may not find the UC policy acceptable, especially if it provides for disallowed treatments to be performed on their premises.