Column: We’re living in a golden age of scams as fraud reports surge amid pandemic

Column: We’re living in a golden age of scams as fraud reports surge amid pandemic 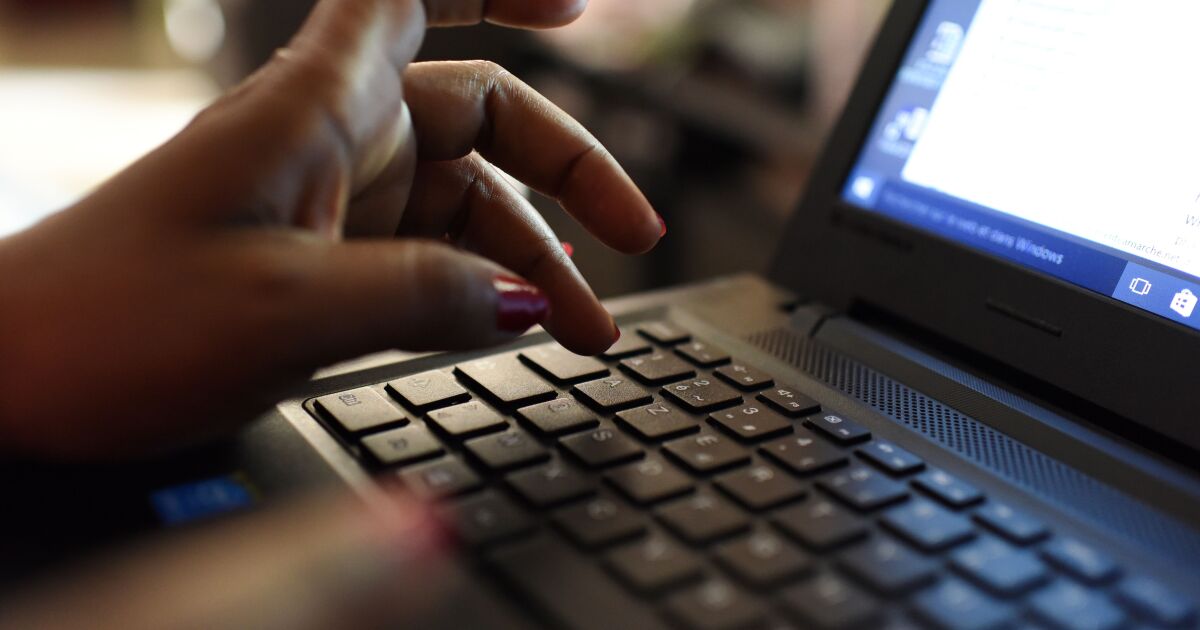 It’s been clear for months that the COVID-19 pandemic has been a once-in-a-lifetime opportunity for scammers, con artists and assorted slimeballs looking to cash in on this most miserable of moments in our lives.

Now the Federal Trade Commission is out with a scorecard showing how badly consumers were bruised last year.

It’s not pretty. Among the lowlights:

Monica Vaca, associate director of the FTC’s Bureau of Consumer Protection, told me the elevated fraud stats “reflect the reality that scammers have no shame when it comes to using the economic consequences of a global pandemic to their advantage.”

I’d say there are dark, nasty little rooms in hell for anyone who takes advantage of others during a time like this.

But the sad reality is that widespread misfortune is good business for bottom dwellers, and it doesn’t look like we’ll get any respite soon.

Which means we all need to remain on guard.

One of the most startling figures from the FTC report involved the ages of people reporting being ripped off. It’s a common belief that seniors are the most susceptible to fraud, and to be sure, older folks are frequently preyed upon by bad guys.

But the FTC found that people age 70 to 79 represented just 20% of fraud reports. They were overshadowed by people age 20 to 29, who accounted for 44% of reports.

That said, when a senior is victimized by a scammer, chances are he or she will lose a lot more money than a younger person.

That’s not to say seniors are more gullible. But once they’re on the hook, they tend to lower their defenses more completely than warier youngsters.

Another reason is the grandparent scam, which has surged in prevalence during the pandemic.

Things got so bad last year, AARP issued a warning for all seniors to take a deep breath and think twice during the pandemic before succumbing to pleas for cash from a supposed loved one.

I wrote recently about Sharon Sloan, 79, who came very close to wiring $30,000 to someone purporting to be her grandson.

“I swear to God it sounded just like him,” the Long Beach resident told me.

The caller very convincingly said he had been jailed in New York after being arrested for driving with an open liquor bottle in his car. Grandma needed to send cash pronto if she didn’t want him remaining behind bars.

Fortunately, while her husband scrambled to line up the wire transfer, Sloan did what all parents and grandparents should do in a situation like this.

Even though someone claiming to be a cop had instructed her not to contact anyone, Sloan quickly tracked down her grandson by phone and determined that, nope, he wasn’t incarcerated. He was safe at home.

This is a really important point. The trick to not just the grandparent scam but many similar impostor schemes is to keep the prospective victim on the line and prevent him or her from checking the veracity of the claims.

Don’t play along. No legitimate law-enforcement or government official will discourage you from performing due diligence when money is requested. If anyone does, walk away.

One particularly nasty aspect of the pandemic has been the difficulty many of us have faced trying to interact with honest-to-goodness government entities.

If you’ve tried to reach the California Employment Development Department to chase down job-related relief, you know exactly what I’m talking about.

This too has been a sweet spot for scammers. According to the FTC, reports of people trying to steal people’s benefits via identity theft rose nearly 3,000% last year.

Count me among them. My wife and I are still trying to untangle the mess left by some chiseler who submitted a phony claim for our tax refund.

Raphael Tulino, a spokesman for the Internal Revenue Service, was unable to say how many taxpayers may have experienced refund fraud last year.

But he pointed me toward a recent IRS report saying the agency “identified $2.3 billion in tax fraud schemes” in the fiscal year ended Sept. 30.

“Under no circumstance does the IRS initiate contact via random text, email or phone call about your economic impact payment or refund,” Tulino told me.

“Nor does the IRS demand immediate tax payment over the phone or ask you for personally intrusive information such as bank account, password or credit card information,” he said. “We generally do business the old-fashioned way — through the mail.”

More than 406,000 people told the FTC last year that their identities had been stolen by fraudsters applying for government benefits or documents. That’s a massive increase from about 23,000 such reports in 2019.

In a particularly sleazy aspect to this, the agency reported receiving about 23,000 reports of benefits-related fraud involving members of the military and their families. That’s up nearly 1,500% from a year earlier.

The takeaway from this blizzard of stats is that, thanks to Mean Mr. Corona, we’re in a golden age of scams. Your chances of being fleeced have never been higher.

It sounds trite, but the solution is to be watchful, be smart and be skeptical. The old saw about things sounding too good to be true still applies.

Above all, don’t give anyone the benefit the doubt. It’s sad that we can’t be more trusting at a time like this, but the evidence is clear — there are sharks in the water.

Tags: Los Angeles News
Previous Story
Column: Remember Louis DeJoy? He’s still in charge of the Postal Service, but why?
Next Story
L.A. County Fair is canceled for the second year in a row