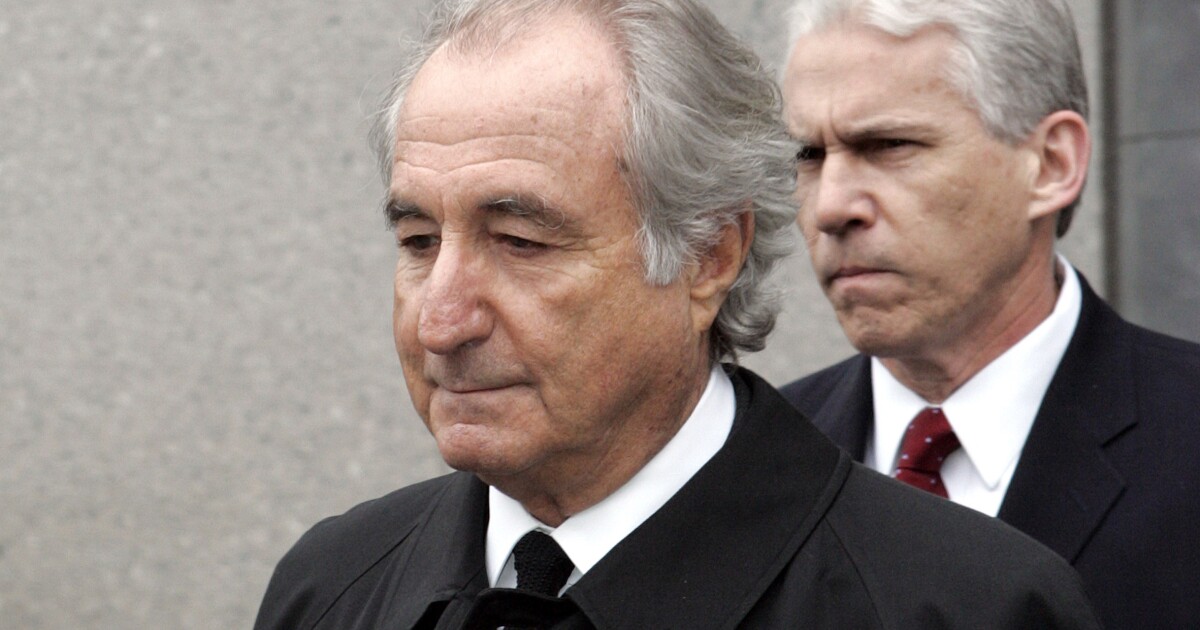 The death of the record-setting con man Bernie Madoff, announced Wednesday from the federal prison where Madoff, 82, was serving a 150-year sentence, is likely to produce a new reckoning of the greed, willful blindness and incompetence that enabled his fraud to continue for years virtually in public view.

The greed and willful blindness must be laid at the feet of his investors and financial partners. The incompetence belongs entirely to government regulators, chiefly the Securities and Exchange Commission. If you’re wondering if a Madoff-scale fraud could happen again, the place to watch is the SEC.

Everyone was greedy. I just went along.

The agency tightened its oversight of securities firms after the exposure of Madoff’s fraud — and the SEC’s failure to act despite multiple warnings — in 2008. But it’s still vulnerable to budget-cutting and lax leadership at the top, as happened during the Trump administration.

Let’s take a look at the Madoff case and what it teaches us about Wall Street regulation.

Madoff reigned as an investment manager for a select clientele dating from the 1970s. Among them were the late Elie Wiesel, the Holocaust survivor and Nobel laureate; entertainment stars such as John Malkovich and Steven Spielberg; Dodgers legend Sandy Koufax; and university endowments and philanthropic institutions.

Investors were lured by Madoff’s promises of steady, outsized annual returns averaging 8% to 12% in bull and bear markets alike. He was secretive about his investment technique beyond labeling it a “split-strike conversion strategy” employing trades in stock options, options on futures and stock purchases. As long as the profits flowed, few felt the need to delve further.

If they had, they might have discovered that the trades didn’t exist. At some point during his career, Madoff transitioned from genuine trading to running a Ponzi scheme, in which the gains paid out to some investors came from stakes put up by other investors.

When investors clamored to withdraw their money during the crash of 2008, Madoff had to confess that the money wasn’t there.

Estimates of investors’ losses initially reached as high as $65 billion, but that reflected the balances Madoff reported on their account statements. In reality, the losses, meaning the sums actually invested, were closer to $19 billion.

Of that total, Irving Picard and David Sheehan, the court-appointed trustees of the Madoff estate, have recovered about 80% for investors — an astonishing record, given that investors in Ponzi schemes are generally lucky to recover a few cents on the dollar.

Picard and Sheehan succeeded by extracting settlements from the banks and brokerages that fed investors to Madoff, as well as clawing back gains from investors who had pocketed phantom profits from Madoff prior to his exposure.

That’s not to say that the investors didn’t suffer more than merely the average 20%. Many had based their retirements and children’s college funds on their expectations of gains, only to see those plans upended.

On the other hand, almost all were guilty of violating a couple of cardinal rules of wise investing — if you can’t understand your advisor’s strategy, don’t invest; and if something appears to be too good to be true, it probably is.

That brings us to the SEC.

Like many investors, the agency seemed to be snowed by Madoff’s sterling reputation on Wall Street. He had served three times as chairman of the Nasdaq stock market and maintained the facade of a legitimate trading firm occupying three floors of a high-profile office building in midtown Manhattan. Outsiders weren’t permitted to see the offices where the fraud was being perpetrated, however.

As an investigation by the SEC’s inspector general revealed, the SEC had received enough “detailed and substantive complaints over the years to warrant a thorough and comprehensive examination and/or investigation” of Madoff for operating a Ponzi scheme.

These included six complaints that “raised significant red flags … about whether Madoff was actually engaged in trading,” including a detailed report by brokerage executive Harry Markopolos demonstrating that Madoff’s claimed returns were mathematically impossible.

The SEC investigated some of these complaints but generally confined itself to narrow issues such as whether Madoff needed to register as an investment advisor.

“The relatively inexperienced Enforcement staff” failed to understand the analyses challenging Madoff’s returns and treated the complaints with “skepticism and disbelief,” the inspector general found.

The SEC staff caught Madoff in lies and misrepresentations but didn’t follow up. “They simply accepted as plausible his explanations,” the inspector general wrote.

A “thorough and competent investigation … was never performed.” Indeed, Madoff’s success at fending off fraud investigations by the SEC signaled to investors that the regulators had given him a clean bill of health.

After the Madoff debacle, the SEC moved to shore up its enforcement efforts. It established specialized units and recruited staff with expertise and experience, including ferreting out fraud; revamped its handling of tips; and lobbied for more resources.

But a regulatory agency is only as good as its leadership. The SEC’s experience during the Trump era gives cause for alarm. Under Chairman Jay Clayton, a former Wall Street lawyer, the agency pulled back on enforcement despite Clayton’s pledge at his confirmation hearings to look out for the small investor.

In fiscal 2020, the agency disclosed in its most recent annual report, it brought only 405 enforcement actions, the lowest number since at least 2015. The largest drop in cases from 2019 to 2020 concerned investigations of investment advisors and firms, which fell to 87 from 191 in that time frame.

The decline dated from the inception of the Trump administration, according to an analysis in late 2017 by Georgetown University law professor Urska Velikonja. The number of cases brought declined by 17% in that first year of Trump. Penalties fell by more than 15% to $3.5 billion, she found — and most of that sum was due to cases brought during the Obama administration.

Financial professionals can expect an upswing in enforcement actions under incoming SEC Chairman Gary Gensler, a former commodities regulator who was confirmed by the Senate on Wednesday. The first signs of tougher oversight had already emerged under acting SEC Chair Allison Lee, who reversed a number of Trump initiatives that had sapped the authority of enforcement staff.

But one lesson of the Madoff scandal is that any lessening of vigilance over the investment industry can cost billions. Gensler and his staff will not only have to keep fighting the last war, riding herd on schemes that use traditional means to defraud and profit from secrecy, but they’ll also need to be alert for new species of fraud, perhaps based on investment assets and techniques such as cryptocurrencies that are evolving in real time.

None of that will absolve individual investors of taking responsibility for their own actions. As Madoff himself told Steve Fishman of New York magazine in 2011: “Everyone was greedy. I just went along.”